An official inquiry should answer much wider questions about the US mission than only those of the final few weeks. 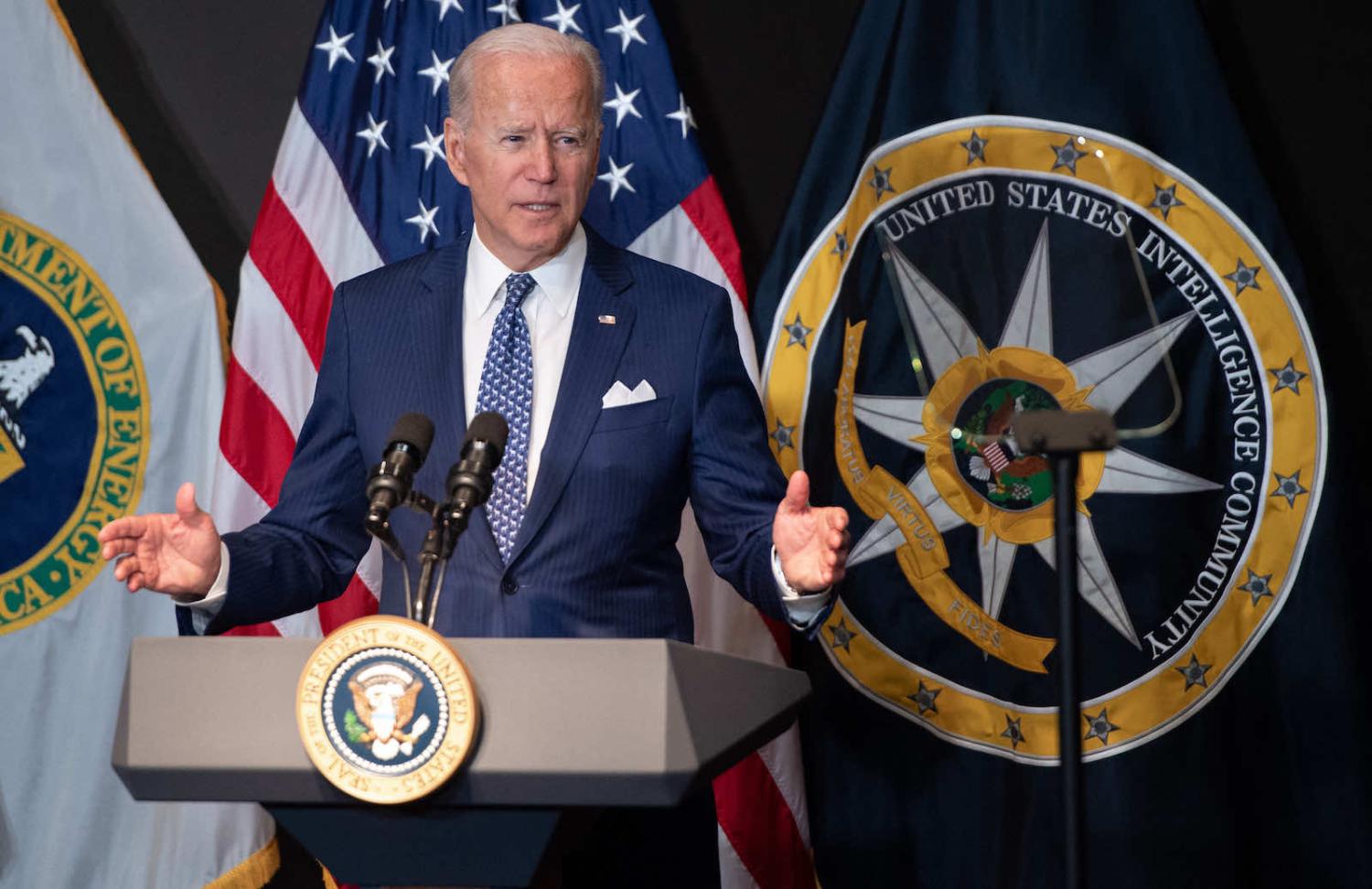 US President Joe Biden addresses the Intelligence Community workforce on a tour at the Office of the Director of National Intelligence, Virginia, 27 July (Saul Loeb/AFP via Getty Images)
Published 19 Aug 2021     Follow @Ben_G_Scott

Did the US intelligence community fail by not accurately predicting the speed and scale of the Taliban’s victory?

A familiar blame game is now underway in Washington with administration officials and intelligence sources each backgrounding the media with their respective sides of the story. An official inquiry, such as that conducted after 9/11 terrorist attacks, would be a better way to answer the question ­about what was or should have been foretold – as well as much larger questions about US failure in Afghanistan.

What can the United States expect of its intelligence services?

Quite a lot. The US intelligence community budget for 2020 was $85 billion. Intelligence agencies bidding for these resources haven’t hesitated to hype their capabilities.

Yet there are limits to what even the best intelligence services in the world can do. They can’t predict the future.

The main job of intelligence is to keep decision makers informed. “Creating decision advantage” is a common buzz phrase. Intelligence services are best at obtaining secrets and making sense of them – joining the dots and putting them in context. It is much easier to reveal secret capabilities than to uncover intentions, especially if they are not spoken out loud. And the traditional tools of intelligence gathering and assessment are rarely useful for understanding large-scale social movements or dynamics, especially when these are accelerated by conflict.

Years of listening to overly optimistic military projections appears to have been a major factor in the hardening President Joe Biden’s determination to get out of Afghanistan whatever the cost.

The speed of the Taliban’s success seems due less to its military prowess and more to the perceptions and decisions of various parts of the Afghan National Security Forces. Those who had been willing to fight were no longer. Their choices were shaped by the decisions – or the anticipated decisions – of those around them. And when a conflict reaches a tipping point like this, other things change. Previously dependable sources of information become far less reliable.

Awareness of those dynamics would have complicated any attempt at an orderly withdrawal from Afghanistan. Every step to smooth the way for the US to leave risked sending a signal that could embolden the Taliban and weaken the morale of the Afghan National Security Forces. Those opposed to the withdrawal had little incentive to help ensure that it was orderly.

Any inquiry should look closely at the role intelligence played in Afghanistan decisions over the last two decades. It will likely shed more light on widely reported differences of opinion within the intelligence community. Dissent and disagreement is a good thing – these are signs of a healthy community. But claims that military assessments were skewed by their closeness to the mission will need to be closely scrutinised. Years of listening to overly optimistic military projections appears to have been a major factor in the hardening President Joe Biden’s determination to get out of Afghanistan whatever the cost, and it may have made him less open to more nuanced assessments.

Right or wrong, claims Beijing hacked computer chips has accelerated a push to cut out China from US supply chains.
James Goldrick 31 Jul 2019 06:00

If not quite a return to the Cold War, there are operational consequences to China’s increasing naval capabilities.
Susanne Schmeidl 8 Mar 2021 10:00

Wavering US commitment, a weak government and a waiting Taliban keep Afghans’ future at risk.