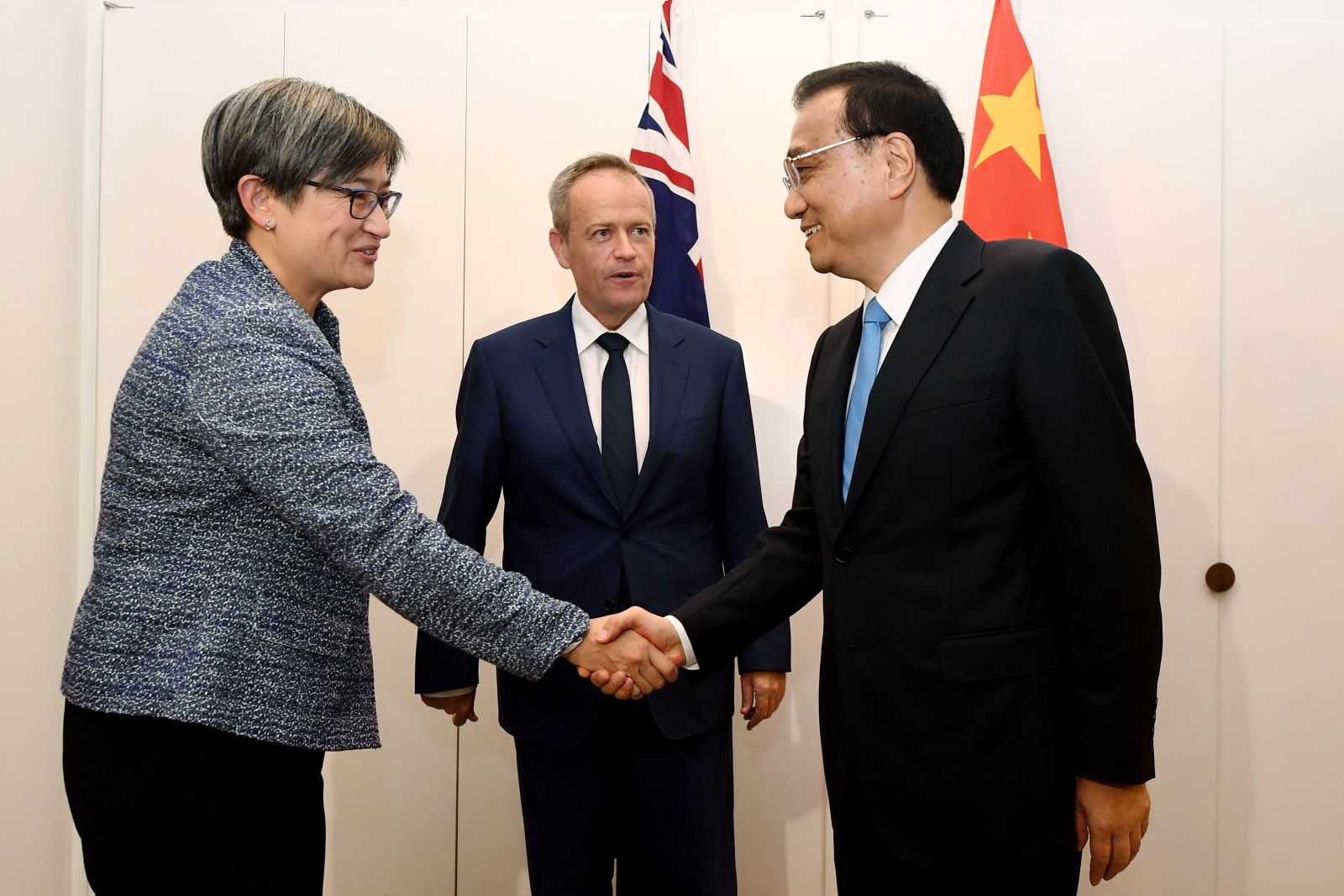 Governments in Australia are judged, in part, by their handling of the relationship with China. And while foreign policy has barely featured in Australia’s election campaign, the Chinese government is watching our election with interest and intent.

An early release of this year’s Lowy Institute poll results shows that Labor is now marginally preferred to manage relations with China, with 47% of Australians choosing Labor compared to 44% for the Coalition. This may suggest tensions in the bilateral relationship over the past few years have been noticed by voters. Prior to the 2016 election, 47% of Australians thought the Coalition would do a better job, compared with 35% for Labor.

If there is a new government, the Chinese government will see an opportunity to reopen done deals and press for new concessions.

Whoever forms government after 18 May will be tested by China. If the three-year trend of national opinion polls is right and Bill Shorten becomes Prime Minister, the Chinese government will see an opportunity to reopen done deals and press for new concessions.

A new government could face challenges in dealings with critical partners and allies such as Indonesia, Japan, India and the United States. But these countries are far less likely to unleash state media every time their government is criticised in Australia. The idea of Indian officials instructing its diaspora how to vote in an Australian election sounds implausible, for example. And yet when Labor blocked the ratification of a bilateral extradition treaty with China, it was reported that senior Communist Party officials threatened to tell the Chinese community in Australia that Labor did not support the bilateral relationship.

There are already reports that Chinese officials intend to hold up coal from Australia until after the election. The sources for this report are vague at best, but China’s slowdown on Australian coal has already allowed other competitors that are seen as more friendly to China take some of our market share.

What might China ask a new Labor government for, in exchange for a resumption in normal coal trade?

As much as Beijing might hope to relitigate this decision with a new Labor government, it seems unlikely to happen. For its part, Labor would have been pleased that this decision was made prior to the election. It has generally been aligned with the Coalition on China policy and security issues. The foreign interference legislation, for example, was passed with bipartisan support.

A new Labor government would be looking to highlight positives in the relationship. Bill Shorten has already signaled that Labor’s policy would not preemptively frame China as a strategic threat, which is code for having an independent policy from the United States.

And while China likely won’t be able to reverse the Huawei decision, it may expect more traction on its signature Belt and Road initiative. The Coalition has been hesitant to engage with the Belt and Road. But the likely incoming Foreign Minister, Penny Wong, has said Australia has risked missing out on opportunities by equivocating on the Belt and Road.

Australian media barely noticed that Department of Foreign Affairs and Trade Secretary Frances Adamson was in Beijing for the Belt and Road Forum last week, and gave a speech highlighting Australia’s intention to engage further with the Belt and Road. But Chinese state media was paying attention.

Penny Wong did not revisit her views on the Belt and Road at her 1 May Lowy Institute address. She emphasised that Labor would be disciplined and consistent in managing Australia’s relationship with China. Labor may have been in lockstep with Coalition on policy issues, but Labor has criticised what it calls disjointed and provocative megaphone diplomacy from the Coalition.

But if it wins office, Labor may not find it a simple task to deliver a consistent China policy. Internal debates about whether Australia should conduct freedom of navigation issues in the South China Sea have been made public and reveal some space between the shadow foreign and defence ministers.

The 2019 Lowy poll results suggest the Coalition may have been blamed for the downturn in bilateral relations, but it is unclear if Labor could have handled challenges presented by Beijing any differently. The Chinese government is likely aware that it can stoke tensions in Australia, and the Australian government of the day tends to be blamed. Much of the business community is already wary of Shorten, and a further deterioration in bilateral relations with China would only add to their skepticism.

Penny Wong said values would dictate her foreign policy – this is an easy position to take in Opposition. But this Labor government would not repeat the mistakes of Kevin Rudd, who overestimated his ability to withstand the pressure that came from being frank about the appalling human rights situation in China. Wong is on record expressing “deep concern” over the internment of over a million Uighurs in Xinjiang, but in stark contrast to Labor of the past, says the Coalition response has been appropriate.