Despite criticisms, sanctions and embargoes, Myanmar is strengthening military ties with neighbours and friends. 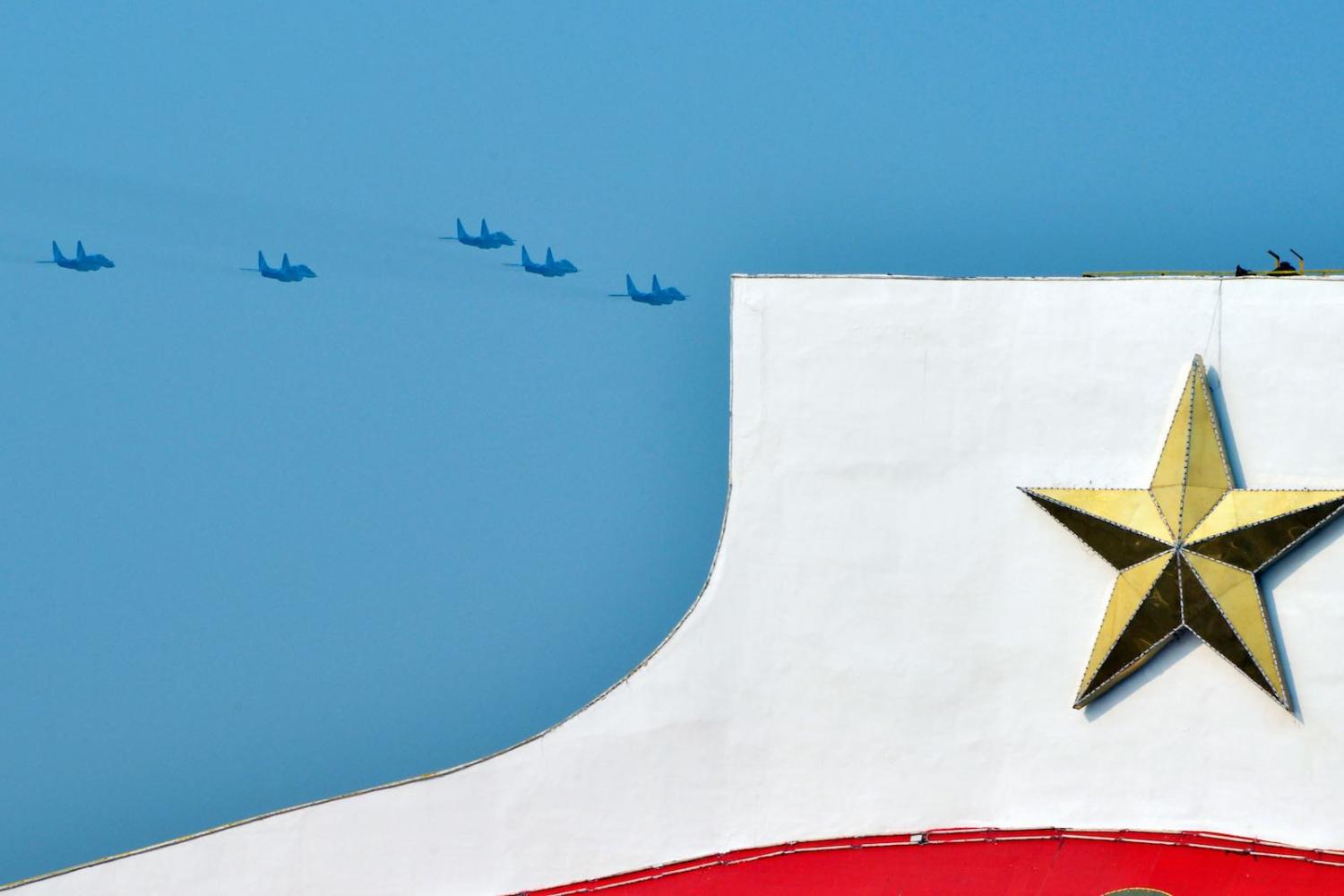 It has been more than two years since military “clearance operations” against Myanmar’s Rohingyas began in October 2016. Since then, the international community has relied on public criticism, unilateral sanctions and a range of measures in the United Nations and International Criminal Court to hold Myanmar’s government and armed forces (known as the Tatmadaw) accountable for their actions.

Myanmar’s political and military leaders have refused to acknowledge the crimes committed in Rakhine State, described by UN officials as ethnic cleansing, if not genocide. As it has done so often in the past, Naypyidaw seems to be relying on the weakness of the international system and the passage of time to escape any serious consequences.

From the lack of effective measures taken against Myanmar to date, this strategy seems to be working.

Indeed, a survey of recent security developments reveals that, despite all the criticisms levelled against it, the sanctions introduced and the embargoes imposed, Myanmar is still strengthening its defence relations with neighbours and friends, and the Tatmadaw is continuing to acquire modern arms.

Since the advent of a “disciplined democracy” in Myanmar in 2011, China has sold it two Jianghu-2 class frigates, 76 Type-92 armoured vehicles, 12 CASC CH-4 unmanned aerial vehicles and up to 16 CAC/PAC JF-17 fighters, at an estimated cost of almost US$1 billion. Most of these arms have already been delivered. The first four JF-17s were commissioned by the Myanmar Air Force in December 2018.

The JF-17 was jointly developed with Pakistan, which has joined in criticism of Myanmar over its treatment of the Muslim Rohingyas. However, this does not appear to have affected the current contract. Two two-seater JF-17B training variants were delivered to Myanmar this year in March.

Since 2016, the Myanmar Air Force has also received 12 Yakovlev Yak-130 jet trainers from Russia, with a reported four more due for delivery. In October 2017, four of the Myanmar Air Force’s Mil Mi-24P helicopter gunships were serviced in Russia. In January 2018, Myanmar and Russia agreed on the sale of six Sukhoi Su-30 multi-role fighters. The contract is reportedly worth about $204 million.

In December 2018, it was announced that India would donate six HAL HJT-16 Kiran jet trainers to the Myanmar Air Force, and station a team in Myanmar to help train their pilots and ground crew. India has also agreed to help Myanmar’s army and navy upgrade their arms and equipment as part of an expanding defence partnership. It is currently considering the sale of offshore patrol boats for the Myanmar Navy.

Last year, the Myanmar Air Force commissioned two French/Italian ATR 72-500 transport aircraft and an Airbus AS365 Eurocopter. They were purchased despite European Union arms embargoes, suggesting that the sale involved a third party. While both types are designated as civilian aircraft, the Tatmadaw has stated that they will be used to upgrade Myanmar’s defence capabilities.

Shortly before the Rohingya crisis began, Israel agreed to provide the Myanmar Navy with four or more Super-Dvora Mk III gunboats. Despite an international outcry against the sale, it went ahead, with the first two boats being delivered in April 2017. According to media reports, the contract is part of a broader defence relationship.

Geostrategic and commercial considerations on the part of Myanmar’s neighbours and friends trump any concerns expressed over its violations of international law and universal human rights.

In some cases with foreign help, Myanmar’s defence industries are continuing to produce a wide range of arms and equipment, including armoured vehicles, missiles and naval vessels.

In March this year, it was announced that Ukrspecexport, Ukraine’s military import/export agency, had signed a joint venture agreement with Myanmar to build a plant capable of manufacturing BTR-4U wheeled armoured personnel carriers and 2S1U Gvozdika self-propelled howitzers. The new facility is due to start production in late 2020.

Myanmar has also been engaged in an active program of defence diplomacy. Senior Tatmadaw officers have made visits overseas and several high-ranking foreign officials have visited Myanmar.

Myanmar has participated in several naval exercises, including one with China in 2017, another with the Association of Southeast Asian Nations (and 10 other invitees) the same year, and two more with India in 2018 and 2019. Warships from China, India and Russia have made port calls. Earlier this year, frigates from Vietnam and Brunei both made their first “friendship visits” to Myanmar. In March, a Myanmar Navy vessel attended the 70th anniversary celebrations for China’s PLA Navy.

First, geostrategic and commercial considerations on the part of Myanmar’s neighbours and friends trump any concerns expressed over its violations of international law and universal human rights. China and India appear untroubled by the widespread condemnation of the Tatmadaw for its harsh treatment of the Rohingyas. Russia, the Ukraine and Israel are still prepared to sell arms to Myanmar if there is a profit to be made.

Second, even under Nobel Peace Prize laureate Aung San Suu Kyi, Myanmar is determined to decide its own policies and set its own priorities, regardless of international opinion. In these circumstances, and bearing in mind the support Myanmar receives in the UN and elsewhere from China and Russia, the international community is quite restricted in what it can do to hold Naypyidaw to account for its appalling treatment of the Rohingyas.

Third, regardless of the widespread condemnation of its military operations in Rakhine State, not to mention atrocities perpetrated in other parts of the country, the Tatmadaw is still able to secure funds for its ambitious arms acquisition program and the expansion of its military support facilities. Myanmar’s defence budget increased dramatically just before power was transferred to a quasi-civilian government in 2011, and has remained high ever since.

This is not to argue against continued efforts by governments and multilateral organisations to hold Myanmar to account for its actions. Even symbolic gestures are important to uphold the laws and principles of conduct that have been endorsed by the international community. Also, there is still much to be done in practical terms to assist the million or more Rohingya refugees in Bangladesh and elsewhere.

However, expectations regarding the outcomes of such measures must be tempered by an understanding of Myanmar’s intense nationalism and determination to conduct its own affairs, a position made easier by the readiness of some countries to help pariah states strengthen their coercive capabilities and escape retribution for unacceptable behaviour.

Previous Article
After the Australian election: the China test
Next Article
What the world thinks is at stake in Australia’s election campaign

Vietnam has long sought to calibrate its defence posture in the shadows of great power competition.
Andrew Selth 12 Apr 2019 10:00

Despite promises of sweeping reform, there are few signs Myanmar’s approach to security matters has much changed.
Marcus Colla 6 Feb 2017 11:42

If Merkel believes she can employ soft power, diplomacy and compromise to reverse Erdogan’s tide, she is sadly mistaken.