Debt will grow, for government, business and individuals alike, with interest rates to stay low – but all under control. 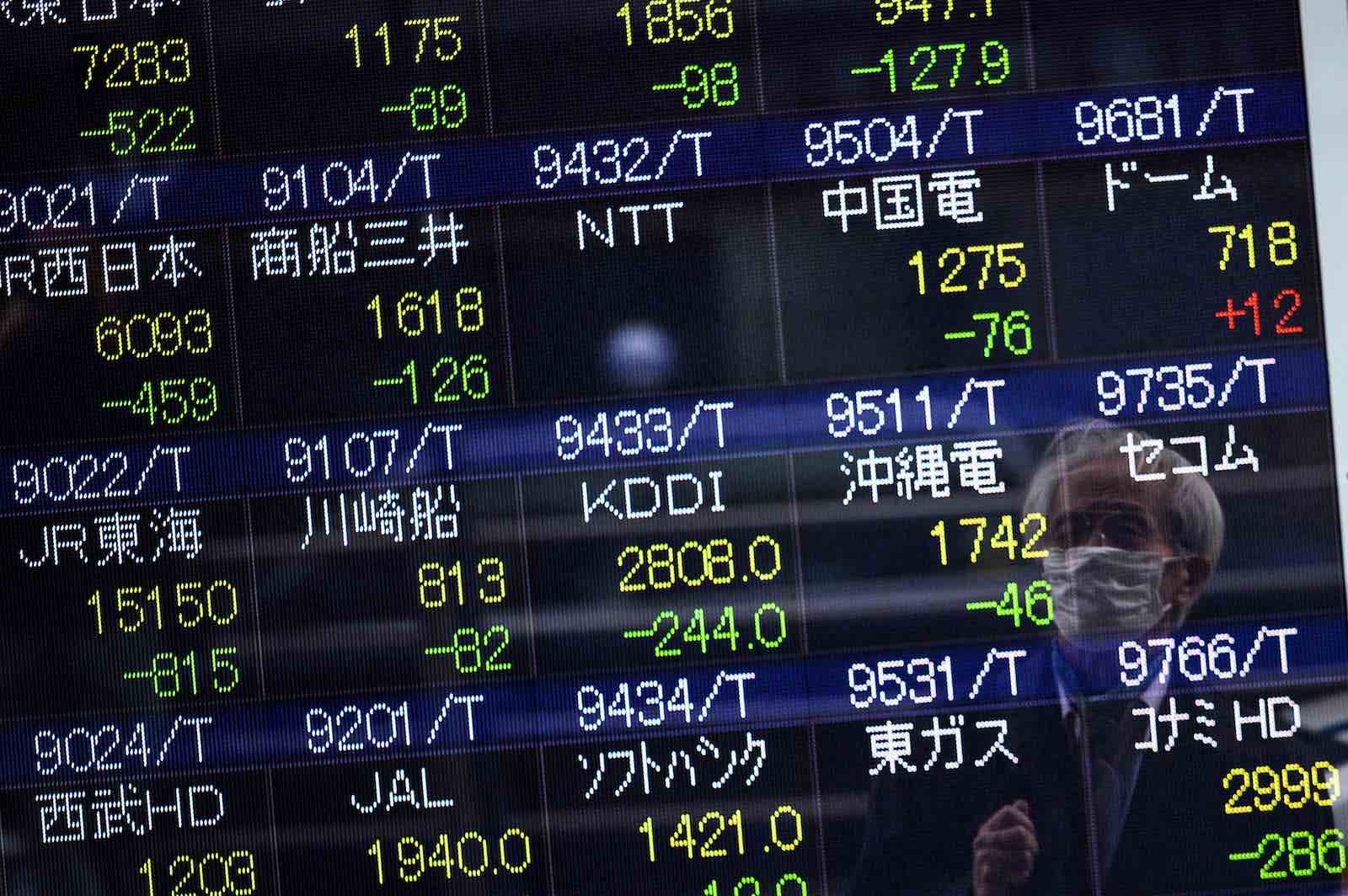 For all the drama of collapsing output, demand, and jobs in Australia and many economies around the globe, we should expect that output in most countries will begin to recover once new coronavirus infections peak and head down. It will not be soon, but it will happen.

This is, after all, a deliberate economic recession, one created and encouraged by governments to slow the spread of the virus. There is no reason to expect any extensive destruction of the physical capital on which resumed output growth will depend, and no reason to expect workers to lose skills and knowledge.

For that matter there is no reason to expect any big change in what we buy, what we produce, what kind of work we do, or in global trade and investment, compared to the patterns a few months ago. China, Korea, Taiwan, Singapore and Japan are already heading back to work. Bar a major financial disruption – certainly a possibility, but one central banks are alert to control – much of the rest of the world will also be back at work before the end of the year.

Yet for all the likely similarities, it is also apparent that we will be in a somewhat different world.

One difference will be a big increase in debt. Coming out of this slump the level of output will be down and government debt vastly up. On numbers from the Organization for Economic Cooperation and Development, gross government debt was 136% of US GDP in 2018, and 66% of Australian GDP. We should expect that in a year or so it will be well over 150% of US GDP, and 80% of Australian GDP. Australia’s government debt to GDP will be similar to Germany’s, while the US will be similar to France, and Italy. For a few years these ratios will probably continue to increase.

At the same time households are to be likely adding to debt and running down savings. Borrowers who need it may be able to get mortgages repayments postponed, but the amounts will be added to their debt. Other families will have to borrow on their houses or run down offset balances. All up we should expect to see Australian household debt, already 120% of GDP, creep up. In this respect Australia is an outlier, mainly because of our preference for buying as opposed to renting homes. Even so, most advanced economies should expect to see a big rise in net household debt as consumers try to sustain their spending despite falling income.

In this crisis the rest of the world owes nothing to the leadership of either superpower.

Like households, many businesses will have to seek a moratorium on debt servicing. This will increase their debt coming out of the downturn. Some debt will be written off as companies go broke, but even so business is likely to come out of the pandemic more indebted than it went in.

The increase in debt compared to GDP need not much affect economic performance and is regardless a necessary consequence of trying to sustain demand while the virus is brought under control. But it will have a notable long term effect. During the course of the downturn central banks will cut interest rates to rock bottom, if they haven’t already. Because of the increased sensitivity of the economy to debt, central banks will have to keep rates very low even after economies have recovered.

Lower for longer is going to be so low for so long that for many years we can forget about central banks capacity to stimulate economies. They will have none. Central banks will retain their valuable capacity to smooth out liquidity strains and payments malfunctions, and to support debt for firms and households. Yet not even the Reserve Bank of Australia will have any capacity to ease the interest rate burden on households or corporations, below current levels. Central banks will have a general policy effectiveness only in one direction – raising rates. It will be many years before that capacity will be needed.

The Australian federal government will be issuing several hundred billion in new debt, pushing the price of federal debt down and the interest rate up. To maintain its declared ceiling on bond rates, the RBA will have to buy them whenever the rate is likely to exceed its target rate. This is the point of the new policy. It means that the RBA has committed to indirectly funding the new debt intended to carry the economy through to time when the virus is under control. Like many other central banks, the RBA’s balance sheet will rapidly expand.

Fiscal policy will also be constrained, though not so completely. Most governments will be in deficit for a long while, including Australia’s. The big deficits expected this year and next mostly arise from a vast but avowedly temporary increase in spending on one side, and a collapse of tax revenue on the other. Fiscal policy will then turn contractionary as one off measures end, tax revenue begins to recover, and deficits begin to decline.

We learned in the years from 2009 that Australian tax revenue now recovers only slowly from a big downturn. This will be still more evident under the new tax thresholds and scales, with their built-in reductions. Yet the effect will still be contractionary, and perhaps severely.

Many other central banks had less policy space. But from 2011, the RBA was able to offset the impact of a contractionary fiscal policy by lowering the cash rate and sparking a housing boom. That will not be possible this time round. It follows that a sensible fiscal policy will aim to cut the deficit only slowly. It will be quite some time before government debt stops rising as a share of GDP, even if GDP growth returns to trend.

With interest rates even lower for even longer, financial market investors will have to buy shares. If markets valued companies fairly at the mid-February market peak, and if the economy global recovers to the levels of output and expectations of medium term growth which the market assumed in February, then overall equity prices have a very long way to increase. If the market bottoms out 50% below the February peak, for example, it will have to then increase by 100% just to get back to where it was. Unlike the last decade, it will be a stock pickers market. Many companies will emerge burdened with debt. Many tech companies, which lived on promise rather than sales, will find the post slump market uncongenial. Good fund managers may be able to beat the index.

The crisis also has wider implications. It has reminded us of the authority of the state over markets and supranational institutions. At the same time it has reminded us of how much nations have in common with all others, of the inescapable and irreversible fact of globalisation. It has queried the pretensions of the superpowers. In the global contest between China and the US, neither of the proponents have done well.

China quickly controlled the spread of the virus, but its tightly controlled communications also permitted the virus to get a hold, and not just in China. The US has plenty warning yet was unprepared for the epidemic when it hit, and fumbled the early stages of testing and isolating. The most successful countries in dealing with the virus have been Singapore, Taiwan, Hong Kong and Korea – all, like Australia, relatively small and with good health systems. In this crisis the rest of the world owes nothing to the leadership of either superpower.

Although the pandemic started in China, the Asian regional economy, with China at its core, is coming out the crisis faster and stronger than Europe or the Americas. Decoupling from China will seem even more of a fantasy.

It will be a new world, though one with familiar problems. We know about debt overhang and about the limits on monetary and fiscal policy from the past decade. Those constraints will be more pressing in the next.

For its part, Australia is getting by better than might have been expected. Iron ore and coal prices have held up remarkably well. Mining and farm exports look to be okay, at least so far. East Asia, the market for three quarters of Australia’s goods exports was first into this crisis, and looks to be on the way to being first out. Tourism and education will be slow to recover because both industries involve air travel and group activity. Their full recovery probably awaits not only a vaccine but its wide availability.

As for the impact on the idea of globalisation, it is certainly true that countries closed borders against foreigners, that the European Union members closed their borders against each other, and that various restrictions on cross border trade in medical supplies were proposed. Yet it is also true that countries shared information about the virus and its spread, the World Health Organization was able to coordinate and publicise high frequency data, and that countries learned from each other about ways to control the virus and treat the victims. So too the economic remedies have been broadly the same in most countries It was a universal, shared experience. Like individuals, countries were both isolating and communicating.  For a while nations have more in common than they usually suppose.

It will be a new world, though one with familiar problems. We know about debt overhang and about the limits on monetary and fiscal policy from the past decade. Those constraints will be more pressing in the next. In the last decade we became familiar with low productivity growth and faltering business investment. It will be a while before investment levels return to where they were at the beginning of this year, let alone move beyond them. Productivity growth will appear to be spectacular for a quarter or two as economies resume full production, then it will fade.

Still, after coronavirus, the sluggish performance of the past decade will be pleasingly recognisable.