In the shadow of a pandemic, political calamity grips Afghanistan

Duelling claims to the presidency, a bitter US benefactor, and a galvanised Taliban ratchet up the uncertainty. 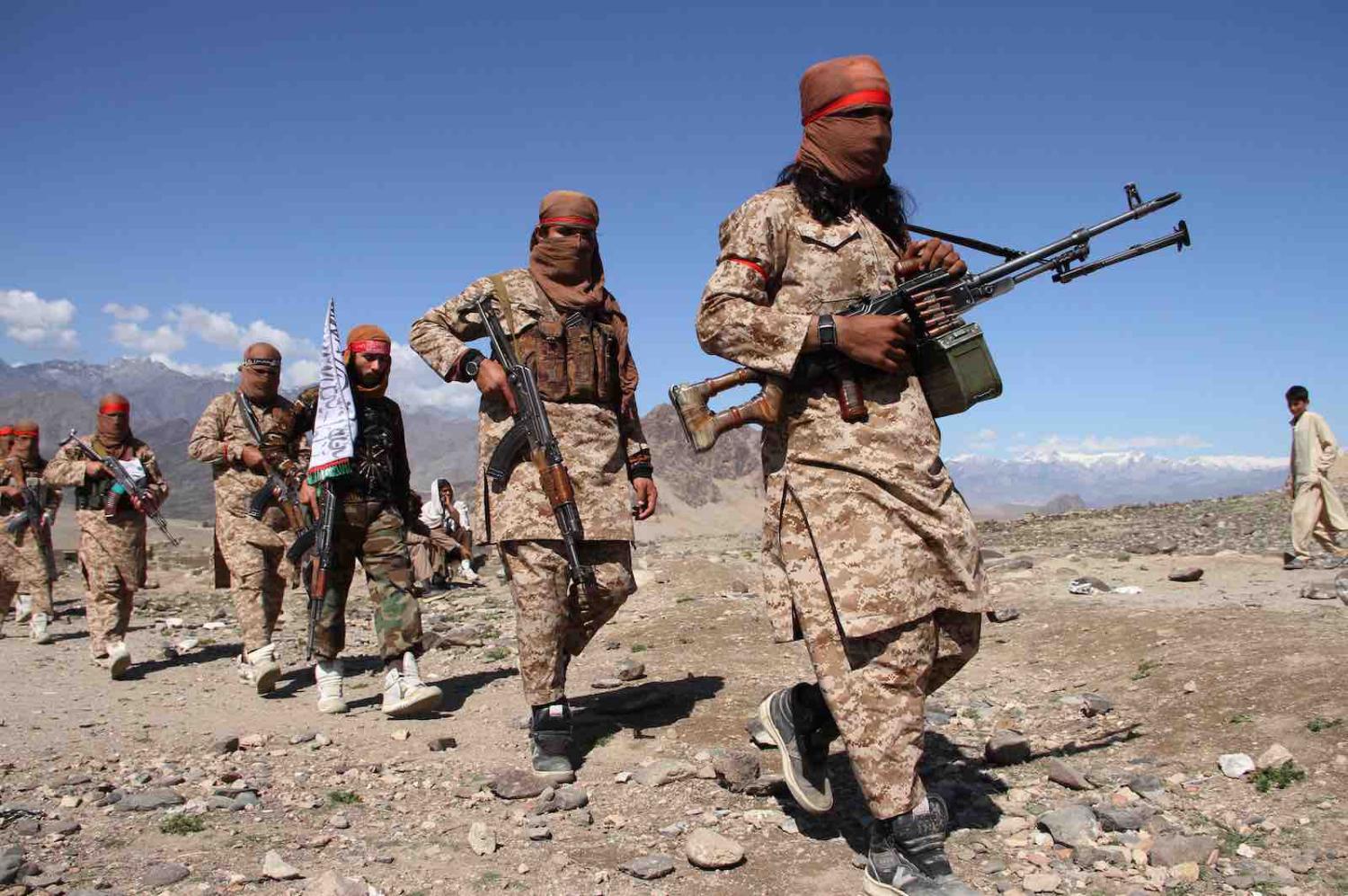 Taliban fighters attend a gathering to celebrate the peace deal signed in Doha between the US and the Taliban, Laghman province, Afghanistan, 2 March (Wali Sabawoon/NurPhoto via Getty Images)
Published 26 Mar 2020     Follow @mobilemigrant

The coronavirus pandemic has been dominating international news and monopolising the time of governments across the world as they scramble to respond and prepare. In the midst of this it was striking that US Secretary of State Mike Pompeo found the time for a flying visit to Afghanistan this week in a bid to shore up a fragile peace deal and settle the political storm that is brewing in the country.

Pompeo met with the two men who claim to be Afghanistan’s rightful and constitutional President – Ashraf Ghani and Abdullah Abdullah – following a months-long dispute over last year’s Presidential election. “The United States is disappointed in them and what their conduct means for Afghanistan and our shared interests,” Pompeo said in a scolding statement, warning their failure to strike a compromise “dishonours those Afghan, Americans, and Coalition partners who have sacrificed their lives and treasure in the struggle to build a new future for this country.”

Coronavirus looms as yet another challenge for an Afghanistan already victim to decades of war. While the pandemic has not had a debilitating impact on the country yet, the worrying developments in neighbouring Iran pose a potential danger.

Coronavirus looms as yet another challenge for an Afghanistan already victim to decades of war. While the pandemic has not had a debilitating impact on the country yet, the worrying developments in neighbouring Iran pose a potential danger, especially as Tehran continues to refuse treatment to Afghan refugees, compelling them to cross over into Afghanistan. With its medical infrastructure in shambles, Afghanistan is not at all equipped to handle a pandemic outbreak, which, at its peak, may affect 16 million people in the country.

Yet bitter politics stand in the way. Avoiding a second run-off only by a small margin, Ghani was declared the winner with 50.64% of the votes over Abdullah who captured 39.52% of the vote share. Alleging the ballot was rigged in favour of Ghani, Abdullah, as he did the last time, refused to accept the verdict. But unlike the previous time, he did not wait for American mediation. The Americans, he knew, were already busy elsewhere. So on 9 March, Abdullah installed himself as the President of the Islamic Republic of Afghanistan, just when Ghani was also being administered a constitutional oath and sworn in.

Domestically, confusion remains about who is in charge. Internationally, the reception of this political polycephaly has been divided, ranging from criticism and concern to withholding of funds. Among the major donor countries, only the EU and India, have so far made their stance clear by congratulating Ghani on his re-election. The US, on the other hand, appears to be hedging its bet on both “presidents”. Pompeo saw both men on his visit, separately and then together. Although the presence of US Special Envoy Zalmay Khalilzad at Ghani’s swearing-in ceremony and the American opposition to the establishment of the parallel government can be understood as tangential support to Ghani, the US is yet to make its preference clear. In truth, the US cannot extricate itself from this political drama, nor can Afghanistan make do without its biggest donor.

In all this political pandemonium, the only side that appears to have gained anything is the Taliban. Having already managed to extract a deal from the US – which was previously reluctant even to acknowledge the role of Taliban as a stakeholder in the conflict – the group has managed to hoist itself as a legitimate player on Afghanistan’s political landscape. Although it also remains divided between those in favour of its negotiations with the Americans and those opposed to a conditional withdrawal, the Taliban has still shown its ability to operate under a united command.

The Taliban has also continued its offensive against “Kabul administration foes”, mounting attacks on security installations this month, while an insider attack in Zabul on 20 March, claimed to have been the Taliban’s doing, left 40 members of the Afghan forces dead.

While the strikes directed against the Kabul administration continue unabated, the Taliban has been holding parallel discussions over the release of prisoners with the Ghani government. It has demanded that unless 5000 members of the group are released from custody (“100 or 200 more or less does not matter,” a spokesman said), it will neither participate in the intra-Afghan peace process nor release the 1500 prisoners it has its captivity. Citing a combination of reasons including the pandemic scare and the clauses in the Doha agreement, the Taliban has forewarned both the US and the Ghani government to fulfil their primary obligation before the situation “prompts a major catastrophe”. The Taliban is watching the global disaster unfold and has called it a moment of “admonitory tribulation” and has vowed not to attack any healthcare workers.

For now, the Ghani government, in what looked like a quid pro quo, has extracted a token endorsement of its constitutional validity in return for discussing prisoner exchange with the Taliban on Skype. Yet the coronavirus threatens to make the technicalities of this prisoner exchange moot. All the players need to recognise the gravity of the situation at hand.

Previous Article
An Australian in New York with a warning about the weeks ahead
Next Article
After coronavirus: Where the world economy will stand

Systemic corruption has allowed the country’s ruling class to act above the law and women are paying the price.
Alexandre Dayant 22 May 2019 12:00

Solomon Islands demands to Taiwan, trouble in Tuvalu, the journey to be a seasonal worker and more regional stories.
Joost Hiltermann 26 Feb 2018 14:20

Russia a reluctant driver in the Syrian war

Moscow is averse or incapable of assuming the mantle of ultimate arbiter in Syria.