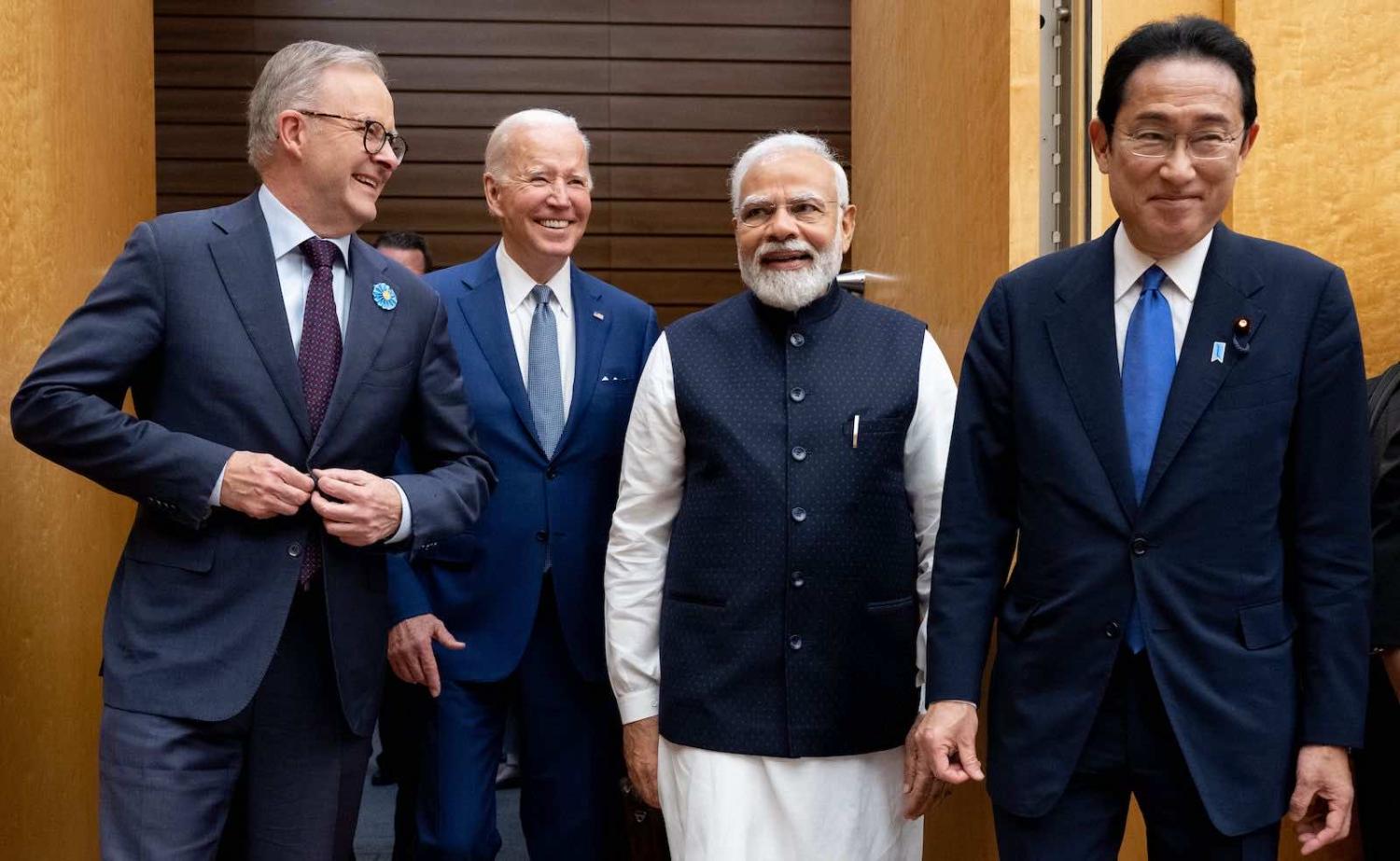 The staff at the neighbourhood convenience store here in Tokyo are always amused when I drop by to pick up four or five papers in the morning. That I have done it twice this week has led to some laughs at the cash register. Monday was to look at the reporting of the Australian election result, reading up knowing that the new Prime Minister Anthony Albanese and Foreign Minister Penny Wong were on the plane to Japan for their first significant international meeting, the “Quad” talks. That second batch of papers I bought on Wednesday, the day after the summit, offered up comprehensive coverage, and plenty of images of the four men, leaders of Australia, Japan, India and the United States, each looking quite relaxed in one other’s company.

Monday morning’s coverage by Japanese media of Australia’s election was always going to be seen through the prism of the new Prime Minister, his trip to Tokyo and, significantly, what might happen in terms of Australia-China relations. Over the last few years, the souring of Australia-China relations has been a regular feature of media coverage of regional relations, and inevitably included footage of the Morrison government’s call in 2020 for China to be investigated for the Covid-19 outbreak.

The more conservative Yomiuri Shimbun ran an editorial which focussed largely on just this point – what the change of government will mean for Australia’s relations with China and for the Asia-Pacific region. The Quad meeting, it said, was an opportunity for Albanese to demonstrate the new government’s intentions in foreign policy and security to the other partners, even as, “make no mistake, China will use this as an opportunity to expand its influence”.

It was a mostly positive, well-reviewed debut by Albanese.

For the Asahi Shimbun, commentary focussed on the role of climate change in the election outcome, noting addressing environmental challenges was to be a key part of the new Government’s policy framework. The Tokyo Shimbun, somewhat more left-leaning, noted that while the Labor party has a reputation of being closer to China than the Liberal party, it was likely that Albanese would mostly continue the previous government’s line on foreign and security policy. The paper also reported on the success of the “teal” and Greens candidates as well as the loss of treasurer and putative future Liberal leader Josh Frydenberg.

The Mainichi Shimbun carried an article on the result as well as a column outlining Albanese’s background policy orientation. It cited the Liberal party’s treatment of women as well as climate change as the key issues that brought about change. As expected in Japanese media, problems with China were given prominence, citing the Lowy Institute’s poll which showed the changes in public perceptions of the relationship over the years.

Overall, Japanese media and political response to the change of government was met with a cautious reassurance that things were unlikely to change too much internationally. The media did not have to wait too long to see the new government “on the ground”.

The Quad meeting came on the back of a visit by US President Joe Biden to the region, first to South Korea and then onto Japan where he held bilateral talks with Prime Minister Fumio Kishida. The primacy of US-Japan relations puts the Quad into context in the region. Of note was the Indo-Pacific Economic Framework “IPEF” proposal put forward to embrace another comprehensive economic framework in the region (hello APEC?).

Albanese also had a widely-reported meeting with Kishida. Mainichi noted that both leaders had agreed on largely continuing the previous government’s security and economic relations, including the Reciprocal Access Agreement (RAA), in what was a “diplomatic debut” for the new Prime Minister. The two also expressed concerns about China, developments in the South Pacific and Solomon Islands, and there was also agreement reported on ongoing cooperation through the IPEF and the Comprehensive and Progressive Agreement for Trans-Pacific Partnership (CPTPP) for sustainable economic growth.

The Yomiuri’s report on the bilateral meeting, on the front page, signalled a strengthening of the security relationship, citing possible amendments to the 2007 security agreement, as well as movement on the RAA. The report indicated further discussion of regional issues, economic ties including LNG exports and high-speed trains, and the possibility of Kishida making a visit to Australia by the end of the year. A further article a few pages in, detailed Albanese’s commitment to the Quad which Japan welcomed.

Tokyo Shimbun’s focus was largely on the Quad overall though it noted the Kishida-Albanese meeting in a paragraph and mentioned Albanese’s commitment to the status quo in a line in the daily editorial. The Asahi Shimbun ran articles on the Quad meeting over several pages, including the front page and an editorial. The Nikkei, the financial paper of record, offered a more detailed reporting of the Kishida-Albanese meeting, including a photograph, this along with a series of articles on expectations of the new government.

It was a mostly positive, well-reviewed debut by Albanese. (Wong also carried out several meetings with her counterparts, but these meetings did not receive coverage in the media.)

I am a Quad-sceptic, as a limited grouping of select countries in the region on the basis of “shared democratic values” is always going to be problematic. The Quad and its cousin AUKUS have arrived at an awkward time in terms of regional relations. The atmospherics of the coverage suggested that there is a more comprehensive approach by the leaders which may eventually mean a less-exclusive group of four towards a more inclusive regional dialogue. To draw on the Australian election result, and the mood for change, there is a touch of teal in the region now, nations tired of the Anglo-dominant approach, looking for ways to hold big powers to account. The Labor government would do well to play to its strengths, with a greater sensitivity to multilateral dialogues, and multiple points of engagement.

Previous Article
Where to for trade policy?
Next Article
“Black ships”, the Quad and space

Mining, without peace, won’t contribute to a longing for successful self-government and equitable development.
Melissa Crouch 9 May 2019 06:00

The Reuters case is about more than press freedom but also relations between Myanmar and the international community.
Erin Hurley 6 May 2022 10:00