Mixed objectives and a focus on so-called fairness are creating unhelpful confusion. 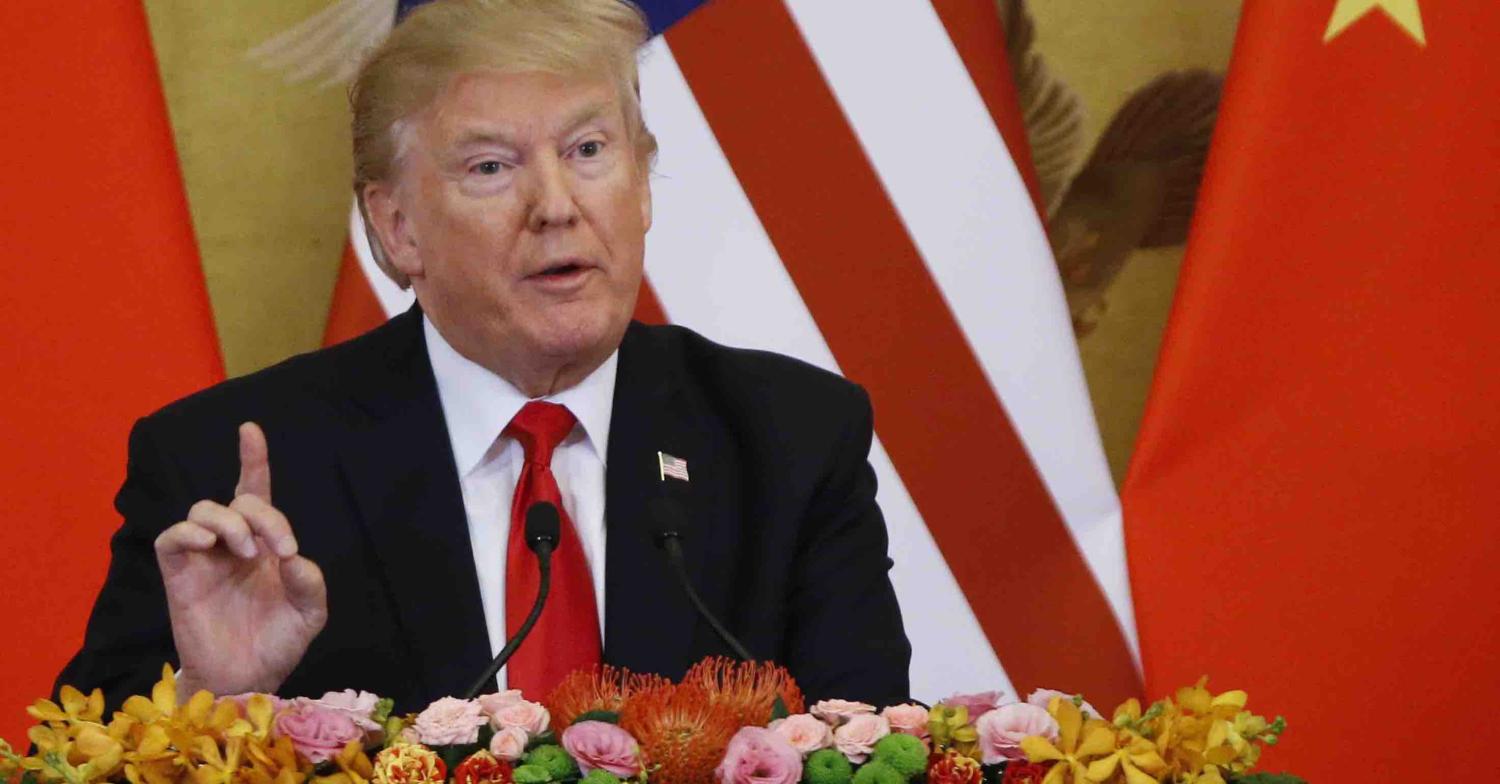 US President Donald Trump during a visit to Beijing in November (Photo: Thomas Peter/Getty)
Published 16 May 2018     Follow @RolandMRajah

As tense trade talks between the US and China continue, a growing chorus of US commentators seem to have concluded that, whatever their misgivings about President Donald Trump, he’s right in taking on China for its unfair trade and being an economic cheat (for instance, see here and here).

But what exactly is unfair in international economic relations anyway? As Australia’s Productivity Commission has said about anti-dumping duties, so-called fairness arguments for protection often “ignore the fairness of outcomes for anyone other than those who benefit”.

Getting this right is about more than semantics. It matters for designing the right policy responses to the economic, security, and geostrategic concerns that lie at the heart of the current tensions. Witness the confusion over how sanctions against ZTE are being handled today, as the US mixes up unclear objectives.

So, what of the various American complaints against China?

The easiest thing to judge is state-sponsored cybertheft of commercial trade secrets. This is clearly unfair – being illegal and blatantly coercive. The US is right to challenge this forcefully, and has been doing so for years.

America’s biggest grievance is about state-sponsored Chinese outward investment targeting high-end US technologies. America has said it wants China to drop its Made in China 2025 plan under which this investment occurs. China has indicated that this is the one thing that is non-negotiable.

What of the economics? At the most basic level, if China wants to subsidise such acquisitions (for example, with cheap loans from state-owned banks or other implicit subsidies), this is effectively just a welfare transfer from China to America. The US receives a premium over the market price for its assets (which can theoretically be used to finance additional investment and thus support US economic growth).

A counter to this basic logic is that high-tech industries are somehow different to the rest of the economy. But if the argument is about economics, then one must explain in what way these industries are so special that isn’t reflected in market valuations, and also exceeds the value of any Chinese subsidies (premiums) that might be paid on top.

That isn’t obvious. Remember, things such as future growth potential, intellectual property, rents from uncompetitive market structures, and so on would all be part of any market valuation. The onus is thus on those who think ownership in these industries is special to make a concrete case.

Yet, if that case can even be established, then the US should presumably still take issue with any Chinese takeovers, regardless of whether there are subsidies involved or not. In fact, America should object especially if there are no subsidies involved, as it would mean its assets are being sold for even less than their real value.

A similar argument goes if security or geostrategic issues are the real concern – if it is so problematic for China to access or control certain technologies, then what does it matter if the acquisition was subsidised or not? Chinese subsidies are not the problem. They are either a gift or a distraction.

What about forced technology transfers? This is more complex. Complaints about specific policy measures relate to foreign investment restrictions (notably joint venture requirements) and technology-licensing rules that disadvantage foreigners. But the problem also extends to more nebulous informal state pressure on foreign firms to hand over technology in exchange for access to the lucrative Chinese market.

It’s worth recognising at the outset that there’s nothing wrong with China seeking to maximise the domestic economic benefits of foreign direct investment (FDI). The transfer of technology and know-how are fundamental to this, especially for developing economies. China’s surplus savings also means it has little need to attract foreign capital purely to finance investment.

However, just because the policy goal is fair doesn’t mean the approaches used are fair also. Cybertheft is inherently unfair. Other Chinese measures, though, might be more justifiable. A timely recent study, for instance, shows that joint ventures have delivered much more sizeable productivity gains to the Chinese economy than wholly owned foreign investments.

But if China is breaking rules it agreed to at the World Trade Organisation, this ought to be challenged as part of upholding a rules-based system. That may be the case with some technology-licensing rules and informal state pressure to transfer technology. Equally though, the rules require the US to challenge this at the WTO, not unilaterally. Currently it is only doing so on the first issue.

Joint venture requirements and other FDI restrictions, however, don’t run afoul of any existing rules. Here the US complaint is about a lack of reciprocity – the US is currently open to Chinese investment but faces extensive restrictions in the other direction. A similar complaint is made about Chinese import tariffs, which remain higher on average than in the US.

Ironically, this is only unfair if you think like a mercantilist. After all, there is nothing altruistic about US openness. America is more open simply because it has traditionally seen this as being in its own national self-interest, following the basic insights of international economics. It is in America’s self-interest to have access to cheaper imports and lots of foreign capital, regardless of what others do.

Of course, also having greater access to foreign markets would be even better. That is something to negotiate, and tariff threats are perhaps one way to do it. However, any tariffs imposed will also be self-damaging. So it depends on whether the realistic gains are worth the cost.

In any case, imposing tariffs if you don’t get what you want would not be some kind of correction back to a fairer state of affairs. It would just be a more compromised kind of self-interest.

More than words needed to meet the China challenge

There appears to be little evidence of the US preparing itself for a whole-of-nation competition with China.
David Morris 20 Jul 2020 06:00