An anthem that is neither fair nor advancing equality

More than changing a word is needed if a song is to truly capture Australia. 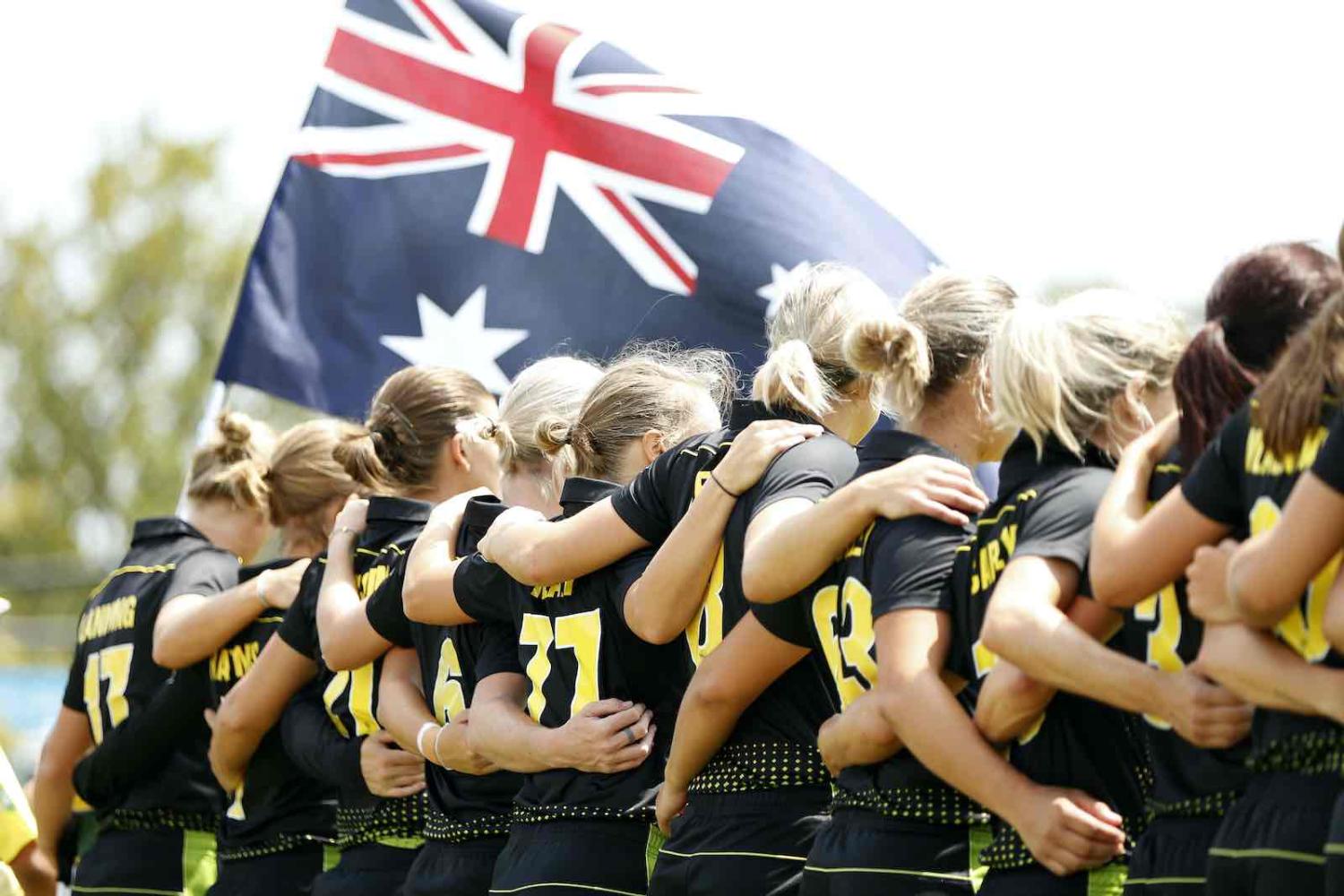 No, it’s not a true story. Who ever heard of an anthem walking? Marching perhaps.

But it is inarguable that of the three, two stir the soul, and one stirs mixed feelings.

Like a hardy annual, the worth of Advanced Australia Fair again comes into greater focus for Australians come 26 January. A day of celebration, a day of mourning, depending on which side of history you inhabit.

The Star Spangled Banner and La Marseillaise were both born out of war. La Marseillaise was written in 1792 (the year the Fourth Fleet was disembarking its convict load onto Australia’s shores). France had declared war against Austria. French army officer Claude Joseph de Lisle wrote the words and music for the piece which was originally called War Song for the Army of the Rhine. It was indeed a call to arms:

Arise, children of the Fatherland,
The day of glory has arrived!
Against us, tyranny’s
Bloody standard is raised, (repeat)
Do you hear, in the countryside,
The roar of those ferocious soldiers?
They’re coming right into your arms
To cut the throats of your sons, your women!

The Star-Spangled Banner was inspired by events 20 years later, as British ships bombarded Fort McHenry at Baltimore. Lawyer Francis Scott Key wrote the piece two years later, having been a witness to the battle.

O say can you see, by the dawn’s early light,
What so proudly we hailed at the twilight’s last gleaming,
Whose broad stripes and bright stars through the perilous fight,
O’er the ramparts we watched, were so gallantly streaming?
And the rocket’s red glare, the bombs bursting in air,
Gave proof through the night that our flag was still there;
O say does that star-spangled banner yet wave
O’er the land of the free and the home of the brave?

Key took the literal, the stars and stripes of the flag flying above the fort, the bombardment and the defence and triumph and laid the foundation for that almost creation line: the land of the free and home of the brave. (If you were on the right side of history.)

Anthems can also be objects of protests, witness the kneeling protests at anthem ceremonies. Indeed, as a form of protest some argue Jimi Hendrix’s instrumental version at Woodstock says it all.

When a country is many nations within the nation, such as Australia, a one-size-fits-all anthem is nigh impossible.

In Australia, war has been far more subtle and, until last century, invisible. Being on the wrong side of history is felt acutely on 26 January. The evolution of all-encompassing remembrance of the nation’s history has been glacial.

The crawl of acknowledgement of Indigenous life, past and present, can be gauged, and condemned, paradoxically in the acclamation given to a recent event.

The Prime Minister Scott Morrison, moving on a suggestion from NSW Premier Gladys Berejiklian, changed “young” to “one” in the national anthem Advance Australia Fair.

It was one small step for a sentence but hailed as one giant leap for the nation. And to use Morrison’s jargon, how good was that change? Young becomes one, and you not only fix history, but it rhymes, thus retaining the cadence of the lyric. Morrison, in pronouncing the banishment of young, said: “As a people we have always been more interested in actions than words. We care more about getting things done.”

Funny then that when it comes to action one is the loneliest number.

When it is related to Indigenous affairs and equality, action tends towards the glacial; one could even believe that government tends to take the view that all things are relative, and if a people’s history is 60,000 years, a year or two, a decade or two here and there won’t matter in not doing anything.

So now Australians are one and free. Indigenous people might say nothing has changed; they’re still free to suffer being strangers in their own land.

And each Australia Day, despite the ad campaign, really the song remains the same. And as beautiful as it may sound being sung in an Indigenous language, the national anthem is the flower from a colonial and imperial memory. It was written by Scottish-born Peter Dodds McCormick in 1878 in a burst of patriotic fervour one night after he had been to a concert of national anthems and was “aggravated” there wasn’t one for Australia. He wrote the first verse on the bus home. He really didn’t need to labour on a second verse. No one knows or sings it.

It didn’t become officially the anthem until Gough Whitlam’s Labor government in a burst of republican fervour decided Australia could no longer as a country countenance God Save The Queen. A nationwide poll was held, and Advance Australia Fair tipped in with just over 51% of the vote. With the change to Liberal leader Malcolm Fraser, Australia reverted to God Save the Queen, but eventually the country settled on Advance Australia Fair as the national anthem and God Save the Queen as the “royal” anthem.

Stripped down, the point of a national anthem is patriotism. Its aim is to bind the people of a nation to each other and to the king, queen or government. National pride is a byproduct. It fuels the fervour of the song, but it’s not the main game.

This is a sliding scale, of course, for no two nations are the same.

When a country is many nations within the nation, such as Australia, a one-size-fits-all anthem is nigh impossible. While the singing of Advance Australia Fair in an Indigenous language has an important symbolism to it of inclusiveness (and forbearance and forgiveness by the singers it must be said), it can’t possibly go to the heart of country.

Closer to the truth of the collision of dispossession and nationhood is Shane Howard’s Solid Rock. Howard has also recorded a version with Indigenous children singing the chorus in Pitjantjatjara.

Morrison’s change of young to one was delivered in the context of the pandemic, where despite each state fending for itself, he said Australia had bonded together as one:

So I believe the time has now come for us to proclaim in our national anthem what we have lived as a nation, especially during this past year.
As one country, we draw together the heritage of more than 300 national ancestries and languages, to chart our own unique Australian journey.
Changing “young and free” to “one and free” takes nothing away, but I believe it adds much. It recognises the distance we have travelled as a nation. This change is for all Australians.

It is for all Australians – on the right side of history. Perhaps Australia should follow New Zealand’s example and have two sets of lyrics, one English, one Maori for its anthem God Defend New Zealand.

Will the anthem change meaningfully, substantively? Too much truth has a habit of sticking in the throat, not least proclaiming it to the nation or roaring it out at a sporting event. Simply, truth is a hard thing to sing if you’re not deep within, well, its truth. It will take more than changing one word.

Previous Article
Russia-US relations in 2021: Key things to watch out for
Next Article
The US and the next leader of the OECD

Bangladesh, Sri Lanka and Maldives are keen in engage and will help plug a gap in Australia’s Indo Pacific strategy.
Aisyah Llewellyn 30 Jan 2018 10:24

The chosen one: Djarot’s surprise bid to govern North Sumatra

American tourism into North Korea was the last, only way for regular, non-elite Americans and North Koreans to interact.