The APEC Leaders' Meeting underway in Beijing seems to be finessing the various conflicting and overlapping trade initiatives and avoiding serious damage. But it is not resolving any of the underlying tensions.

At the multilateral level, the WTO remains in limbo after India pulled the rug out from under the Bali agreement. At the bilateral level, preferential trade agreements are still getting plenty of attention (Australia's agreement with China seems close to finalisation) despite their dubious benefits for global trade. The noodle bowl is getting more tangled.

Steering between these two models are the regional arrangements (the Trans-Pacific Partnership [TPP] and the ASEAN-based Regional Comprehensive Economic Partnership[RCEP]), which might be a way forward while we wait for the WTO to find a new format for reaching multi-country agreements. Some talk as if the TPP is close to finalisation, with the 12 negotiating countries meeting in Beijing. But with China excluded from the negotiations, this is hardly the moment for a breakthrough.

Into this mélange, China dropped another loud indication that it was unhappy with its status in these various international arrangements. Just a week ago, it launched its alternative (or addition) to the World Bank and regional development banks in the form of its Asian Infrastructure Investment Bank. More recently, it lobbied to revive a dormant APEC-wide trade initiative called the Free Trade Area of Asia and the Pacific (FTAAP), which would be a regional arrangement with more members and broader geographic reach than either TPP or RCEP. The FTAAP has been on the back-burner for nearly a decade, and the US managed to have it returned there for the moment. So the game of rock-paper-scissors has ended without resolution.

What should we make of all this? First, that China is becoming more impatient with the slow pace at which it is gaining a role in the established international agencies (IMF, World Bank) commensurate with its new-found weight in world affairs.

Second, that the US strategy of using the TPP to establish comprehensive international trading rules without China at the table is looking more tenuous. It's true that China had to accept the already-established WTO rules when it joined in 2001, but the world has moved on since then and China's weight in international affairs has increased enormously. If the TPP is concluded soon, the 'platinum standard' rules will have to be greatly watered down to accommodate Japan's constraints. If negotiators resist this watering-down or the US Congress is uncooperative, the TPP is on a slow track, with China's exclusion from the negotiations remaining a catalyst for unhelpful initiatives which are diluting the finite resources available for pursuing more open global trade. 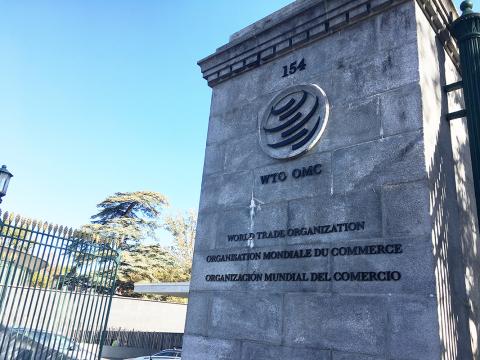