History is too often reduced to a cartoonish view, but a proper perspective is crucial to chart the next challenges. 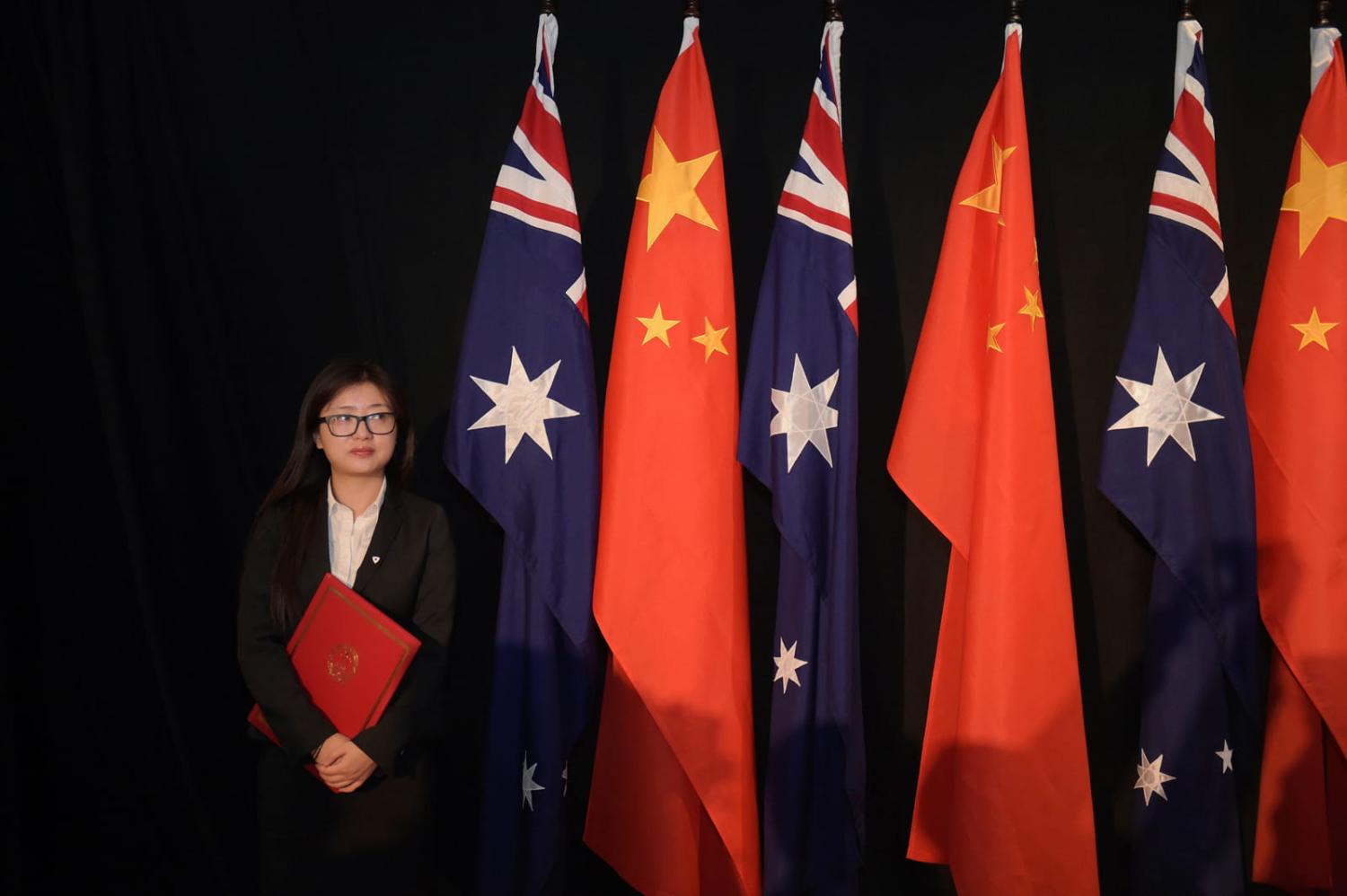 The shock of the recent deterioration in relations since 2017 can only be fully understood and appreciated against the hopes, dreams and aspirations that successive Australian governments held for ties with Beijing (Lukas Coch via Getty Images)
Published 27 Jul 2022     Follow @j_b_curran

This is one of the conclusions reached in my forthcoming book, Australia’s China Odyssey: From Euphoria to Fear, published by Newsouth Press, in which I have attempted to show why the past is so influential in shaping current responses to China’s rise.

In a debate that is necessarily dominated by future contingencies, the only past deemed worth plundering, it seems, has been that of the Cold War zeitgeist, studded with its trusty clarion call of “Munich”, the scourge of appeasement and the necessity of containment.

If the period of engagement to 2015 already seems another world away, consider that in the 1980s there were histories published about Australia-China relations proclaiming a progression in the relationship “from enmity to amity”, or at the very least, one which while persistently “ambiguous”, could look forward to the two countries’ past and future merging “into one tale”.

In one respect this dismissal of the past as holding any relevance for the current policymaker is unsurprising – each generation assumes their circumstances are more novel than those which have gone before. Moreover, Xi Jinping’s wielding of supreme power in China and the abrasiveness of his nationalism obviously presents a very different China to the one Australian leaders and officials embraced from the 1970s to 2012. The combination of a modernising China aggressively seeking its own sphere of influence at the very time the United States appears to be in relative decline do lend these times their own novelty.

At issue is whether both sides did enough to cultivate a relationship of substance that could withstand the inevitable strains arising from the meeting of two very different countries with vastly divergent civilisational and cultural backgrounds.

Yet those that look to the past do so in different ways, and often unreflectively, searching for simple theories to explain a complex world. The pushing of a “China threat” narrative has tended to invoke, even if unwittingly, the collective memory of Australia’s particular geopolitical anxieties in its long history of coming to terms with being an isolated European outpost on the edge of Asia. That experience brings with it a certain set of fears and phobias that have deep roots in the national psyche, especially those related to themes of Australian innocence, vulnerability and complacency.

My book attempts to tell the story of the remarkable encounter between Australia and China from the end of the Second World War to the present. The task of adjusting to China’s rise is the greatest challenge Australian diplomacy has faced since Japan’s revisionist attempts to remake East Asia in the 1930s. The problems arising from Australia’s asymmetry with China, and indeed other countries in the region, are considerable. As the inheritors of a British imperial past, with a “lucky country” mentality and a long history of sustained economic prosperity, it is not clear that Australia has been well placed to cope with this asymmetry. 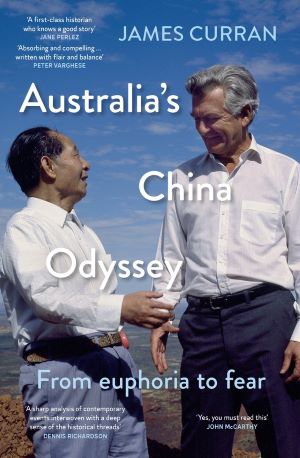 Nevertheless, arriving at an understanding of the story of how Australia and China adjusted to each other from the early 1970s until now is critical. At issue is whether both sides did enough to cultivate a relationship of substance that could withstand the inevitable strains arising from the meeting of two very different countries with vastly divergent civilisational and cultural backgrounds. These deep, underlying differences have been managed well over the years – but what has changed more recently is the ideological dimension of China’s actions at home and abroad and the Chinese Communist Party’s unchallenged power. Those longstanding differences between the two societies, therefore, have only been sharpened.

Australia’s China Odyssey provides an account of how politicians, especially prime ministers, as well as policymakers, strategic analysts and commentators, have responded to China’s emergence from international isolation, encouraged its entry onto the world stage, and then become increasingly anxious as China’s economic weight translated into growing strategic ambition and action. It shows, too, how Australia’s ties with Beijing have so often been refracted through its alliance with the United States.

The book charts the trajectory of Australia’s importance to China as it emerged from the Cultural Revolution but then seeks to understand why, once geopolitical anxiety over China’s external intentions resurfaced – as early as the mid 1990s – Canberra has sought to play a leading role in pushing back against China.

This history has been too often rendered in simple caricature: a parade of prime ministers duped by Beijing’s leaders, “kowtowing” to the “middle kingdom” and mesmerised by the promise of the China market, all the while turning a blind eye to Chinese repression at home and the flexing of its growing military might abroad. It is a view often intoned with the solemnity of a landmark legal judgment – the verdict being that previous Australian governments have been derelict in their duty to the nation, accepting Chinese trade and investment but leaving the country naked before Chinese infiltration and influence.

But the shock of the recent deterioration in relations since 2017 can only be fully understood and appreciated against the hopes, dreams and aspirations that successive Australian governments held for ties with Beijing from the early 1970s.

China’s online platforms are now distinct from their US-designed counterparts and in some respects more advanced.
Rebecca Barber 29 Apr 2021 05:00

Veto power on the Security Council too often obstructs action in the face of atrocities. Here are some ways around it.
Nikola Mikovic 14 Apr 2021 11:30