The British called us 'the new French' and the US saw us just another ally that needed to be carried.

Recently I was asked by media to comment on a front page story in The Sydney Morning Herald about a 572 page report written by an Army official in 2010 on Australia’s participation in the Iraq War. Once classified Secret, the report was released (you can find it here) with 500 redactions and referred to by Army as an 'unofficial history that reflects the author’s own views'.

The report addresses many aspects of Australia’s involvement in the war but the SMH article concentrated on the decision to join the war, ignoring the eight years of fighting that followed and left 4500 US and 150,000 Iraqi dead. I have long criticised public commentary for concentrating overly on why we went to war, and rarely looking at how the subsequent and protracted conflict was conducted. Perhaps this is because what Australian troops did in Iraq was strategically inconsequential. Although we had a presence, we were not committed to winning. The report describes the Australian commitment as 'timid'.

In my response, I suggested the SMH article was very 'Fairfax': a left-of-centre interpretation of the war and a bit anti-US. The article concluded Australia only became involved in the war to strengthen our alliance with the US. I assumed this meant we supported the US without questioning the rights or wrongs of the US position in the hope that the US would support us in some indeterminate crisis in the future.

The SMH article inferred it was a poor decision to go to war due only to the alliance. I commented that, in fact, there was nothing wrong with this rationale. It is quite legitimate for the Australian Defence Force to be used to bolster the alliance especially if we, as a nation, insist on an unrealistically low level of self-reliance in our own defence.

In my view there were many reasons why we went to war. In 2009, when I regularly explained the decision, these were the reasons I gave (in no particular order): the alliance; humanitarian (defending Iraqis from Saddam, Al Qaeda or Islamic State); domestic security (destroying AQ or IS in Iraq would remove a major motivating factor for local hotheads); economic prosperity (our major trading partners depend on Gulf oil); rule of law (our opponents acted illegally); and the unquantifiable consequences of doing nothing.

Finally, the SMH article framed the decision to go to war as a victory of politics over strategy. I offered the view that anyone who thinks that such a substantial decision is made in a political vacuum in this day and age is unrealistic in the extreme.

Convincing myself that I had survived the interview, I retired to read the report in detail. I found that my name appeared nine times, even though I was not interviewed. I was referred to generously as 'the ADF member most directly involved in fighting the insurgents'. The report, which noted that former Democrat Senator Lyn Allison suggested that I might end up being tried as a war criminal, is not a bad summary of our participation in the Iraq War up to 2010. Its conclusions are generally solid and it is well researched and written. It is the only report of this kind that I am aware of, and it is a shame it was so redacted.

The report concludes that our participation in the war was inconsequential and confused - timid even - and observes: 'It would be interesting to know the reaction of US personnel who served in Iraq to Australian timidity'. As 'the ADF member most directly involved in fighting the insurgents' who worked within the US system at the time, I know the answer: our participation did not boost our credibility as ally. The British called us 'the new French' and the US saw us as just another ally that needed to be carried. The Americans are far more polite than the British.

Help from the US under our alliance lies at the centre of our defence planning. Many interpret this to mean that we do not need to be as self-reliant in defence as we should be in these uncertain times because the US will come to our rescue.

In fact, with the rise of the four most prominent nations that challenge the status quo (Russia, Iran, China and North Korea), along with Islamic extremism and the decline of US military power during the Obama era, there is unlikely to be much US cavalry available to ride to anyone’s rescue. So, if being nice to the US lies at the centre of our defence policy, US relative power is waning, and when we stepped up to help we were too timid, then now might be the time to go for real self-reliance, rather than waiting till 2030. 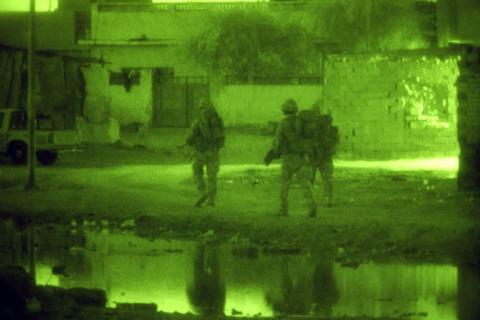 The film makes us think about the way in which civilisational differences can lead to new forms of artistic expression.
Huong Le Thu 29 Nov 2016 16:13

Vietnam’s trajectory of rapid rapprochement with the US over the last two years had strategic imperatives.
Michael Thawley 21 Feb 2019 10:30

The tremendous impact of a US-China investment and technology war

The impending bifurcation of the world internet economy will disrupt many industries, companies and national economies.