It’s not just local politics. Australia’s credibility with a feminist foreign policy, in name or not, is on the line. 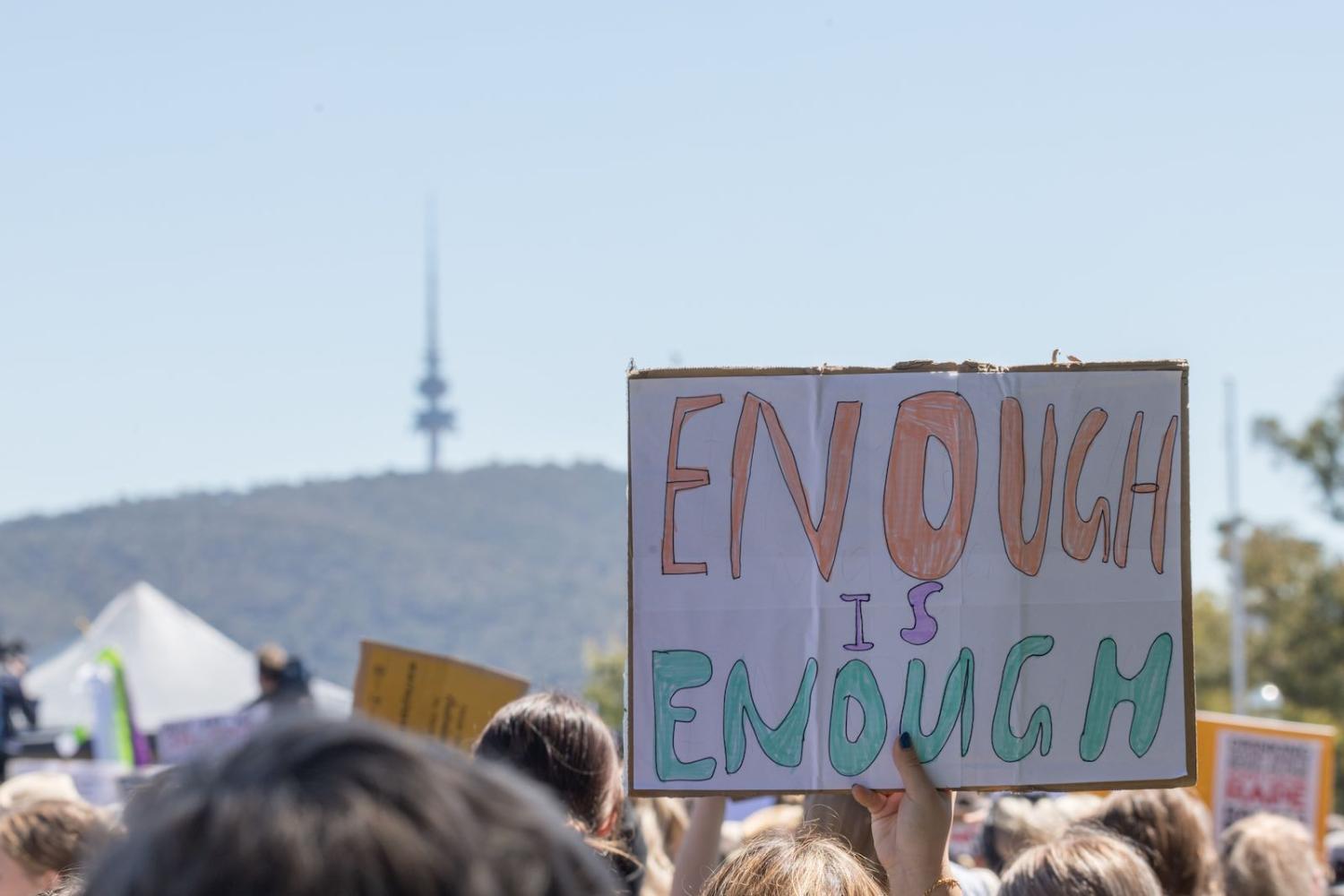 Last week, the United Nations held the 65th Commission on the Status of Women in New York, and virtually, with the theme “women’s full and effective participation and decision making in public life, as well as the elimination of violence, for achieving gender equality and empowerment of all women and girls”.

Here in Australia, the 50|50 Foundation at the University of Canberra hosted the coinciding CSW Conference Australia, in partnership with the ANU Gender Institute and the Equality Rights Alliance. If you have been following the last month of Australian politics, you would understand that there was a lot of rage in the room.

For a long time, Australia has been recognised internationally for its support for women’s rights around the world – through its aid program, peacekeeping contributions, regional engagement and interventions on bodies such as the UN Human Rights Council. While previously working as a senior UN official, I observed and was proud of the contribution Australia made, but also conscious of the dividend of this soft-power approach in enhancing its international reputation and delivering broader foreign policy outcomes.

Australia says, looking outward, often to countries of the developing world: women should be at your negotiating table, your democracies need women in parliament, sexual violence perpetrated by the powerful in your society is abhorrent, we will hold your government to account for failures to protect and empower women.

These messages align with Australia’s longstanding stance on human rights. Although the Australian government has yet to go so far as to call its foreign policy a feminist foreign policy, it’s getting pretty close, at least in relation to diplomacy and aid. Australia has an Ambassador for Women, Julie-Ann Guivarra, and a goal that 80% of its aid funds address gender issues.

What exactly is a feminist foreign policy? No universal definition has yet been adopted. However, five countries now have one in place – Sweden, Canada, France, Mexico and Spain – and there is emerging guidance on what it involves. Sweden’s former Foreign Minister, Margot Walstrom, built Sweden’s feminist foreign policy around “Five Rs” – rights, representation, resources, reality checks and research. Essentially, feminist foreign policy is about transformational change. It’s not a package but an approach (a human rights–based approach) and a declaration of intent to conduct all foreign policy framing, planning and implementation from a starting point that is inclusive and participatory and addresses social and cultural barriers and norms. Importantly, this approach is not just applied to aid and diplomatic representation, but is also about trade, defence and security.

But Australia’s credibility on these issues is on the line.

These last weeks in the seat of Australian democracy – buffeted by allegations of a rape in parliament, a historical rape complaint to police about a cabinet minister (which he denies), lewd behaviour by a political staffer in a ministerial office, and allegations of harassment of a women by an MP – have culminated to a moment of reckoning about long-buried inequalities and power imbalances in Australian society, particularly in the halls of power.

The public outcry in Australia around the revelations and responses within the last month represent a trigger point for long-felt inequality.

In March 2020, Australia’s independent Human Rights Commission completed a National Inquiry into Sexual Harassment in Australian Workplaces, which received more than 460 submissions. In launching the Inquiry Report, Sex Discrimination Commissioner Kate Jenkins noted that Australia ratified the Convention on the Elimination of Discrimination Against Women in 1983 with accompanying domestic legislation, and yet “over 35 years on, the rate of change has been disappointingly slow. Australia now lags behind other countries in preventing and responding to sexual harassment.”

According to the Commission, 54 of the 55 recommendations are still waiting for a government response. Australia is also yet to take any action towards ratifying the 2019 ILO Convention on Violence and Harassment.

The public outcry in Australia around the revelations and responses within the last month represent a trigger point for long felt inequality, abuse of power and discrimination against women around the country.

What would Australia’s foreign policy position be if these incidents and failings belonged to, say, a developing country in Africa, under the spotlight of world powers at the Security Council?

At CSW Conference Australia, I was asked to speak on a panel about why Australia should adopt a feminist foreign policy. It may not be the most pertinent issue on Australian women’s minds at present, given the litany of domestic issues in focus. And it yet remains important in once again to remind policy makers and politicians about the need for better coherence between “Australian values” (such as equality), domestic law and practice, and the international positions adopted by the country to sustain its bargaining power and a credible international reputation.

In our CSW discussion, I noted that a key element of the International Centre for Research on Women’s framework for what makes a genuinely feminist foreign policy is that “it must be equally implemented in spirit at home and abroad”. If these feminist principles are good enough for aid recipients, then they must be applied to laws, policies and practices that affect women and girls in Australia, too. Otherwise, foreign policy is open to charges of hypocrisy.

Some of my fellow panellists on this topic of feminist foreign policy contemplated what this dissonance between domestic and foreign policy actually means. They asked does it mean that for Australia gender equality (as international obligations under the Sustainable Development Goals) is only for poor countries to be held to account?

Australia must walk the talk on women’s rights as human rights at home to be taken seriously in this foreign policy area. The Australian government has put a range of initiatives on the table in recent days. This moment is as much about political leadership and a change in culture as it is about reforming laws and increasing accountability.

The story of “post-Wall” Central Europe is not simply a straight line from liberalism’s triumph to its collapse.
Essam Yassin Mohammed 26 Jul 2022 19:33

Unique knowledge was usurped by colonialism and imported production. Time to build resilience, from the shore up.