A surge of migrants seeking to cross the border might be the moment noble ideals and political realities collide. 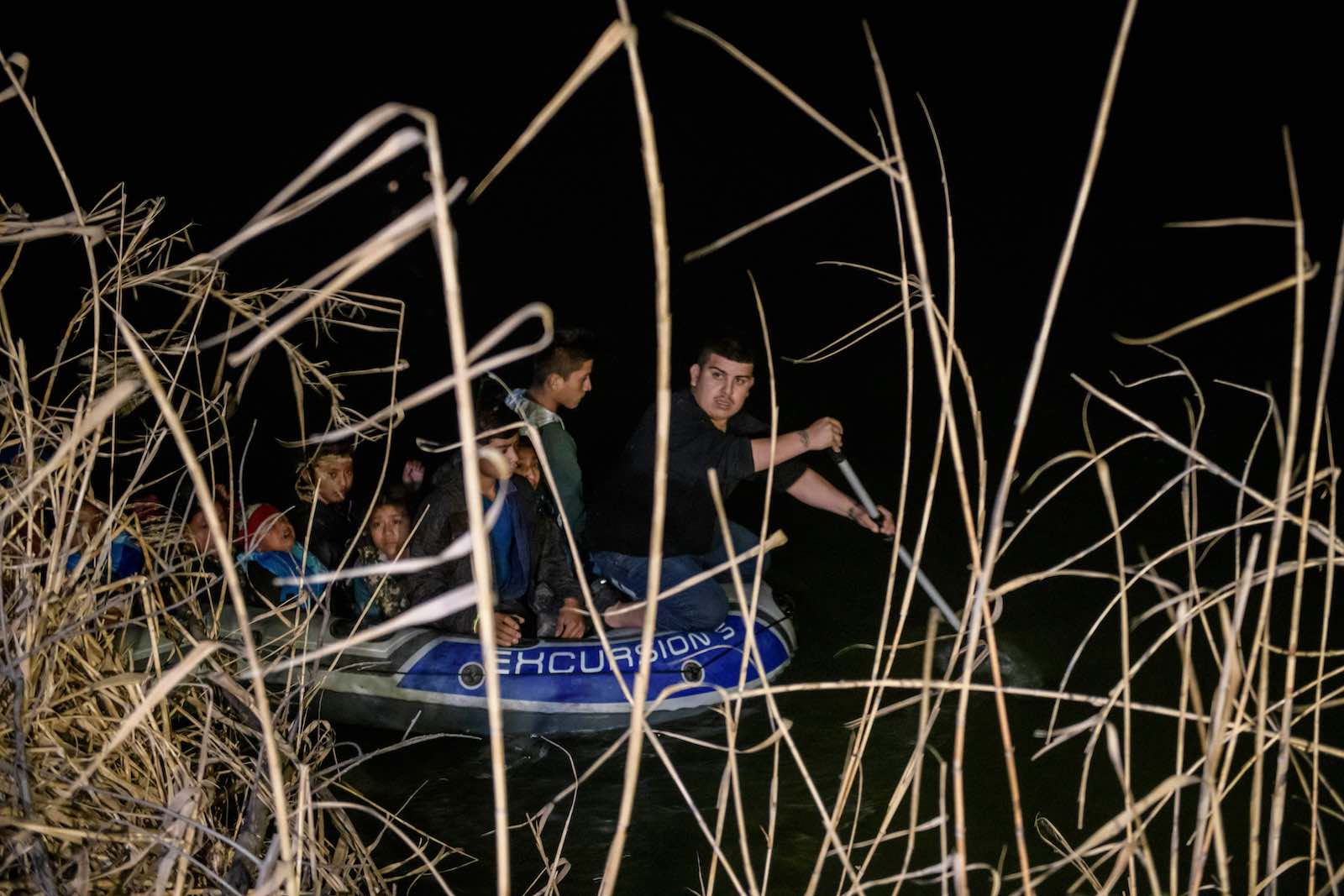 Honduran and Guatemalan asylum seekers arrive from Mexico in an inflatable boat as a “coyote” people smuggler steers towards the US side of the Rio Grande river in Roma, Texas, 28 March 2021 (Ed Jones/AFP via Getty Images)
Published 30 Mar 2021 10:00   0 Comments

Spare a thought for US Vice President Kamala Harris, just given carriage for the public-policy problem from hell: leading the White House response to a surge in migrants seeking to cross the United States’ southern border. The rapidly escalating immigration crisis will likely prove impossible to resolve, no matter how noble the intentions or nuanced the rhetoric.

It’s the type of problem many governments around the world are grappling with, but it’s especially acute for the newly inaugurated Biden administration. The chances are that its policies may eventually look uncomfortably like those of Donald Trump – and satisfy supporters of neither as a consequence.

Although Harris is plainly blessed with formidable political skills, it is hard to imagine how she can finesse this. If Harris takes the moral high ground and puts humane policies in place that facilitate the entrance of would-be migrants to the US, she will be seen to be laying out a welcome mat that millions may try to walk over. If she wants to discourage such inflows – and all the signs are that this is precisely what the new administration does want – she can only do this by creating powerful disincentives.

Given that many of the unauthorised, undocumented and frankly unwanted arrivals are prepared to risk everything, including their lives, to enter the US, it is hard to know what a humane approach to discouraging people trying to escape poverty, violence and despair might look like. Whatever you think of Trump’s approach, it is clear that it had the desired effect of discouraging at least some of those dreaming of a new life in the land of the free from making the journey.

And there is plenty of evidence to back up the idea that compassion isn’t a vote winner. If there’s one area in which Australia has demonstrated international leadership, it’s in discouraging illegal immigrants. It may be brutal and costly to the national image, but it seems to work, at least in the narrow sense of stopping asylum seekers attempting passage to Australia. Who would want to risk being locked up in some remote off-shore processing centre for years on end, after all?

There is plenty of evidence to back up the idea that compassion isn’t a vote winner.

Even countries with hitherto impeccable international reputations and human rights records have discovered that generosity has limits and political costs. Sweden’s noble offer to take in Iraqi refugees, for example, was enthusiastically taken up, but also became caught up in the rise of anti-immigration politics. Germany’s Angela Merkel also struggled to reconcile her humanitarian instincts with domestic political realities. Integrating large numbers of people from very different cultural backgrounds who cannot speak the host language is difficult, expensive and may be resented. The rise of right-wing populist parties in the hitherto liberal heartlands of Western Europe is in large part a response to the waves of new migrants fleeing oppression, displacement or simply seeking the sort of life that many people in wealthy societies take for granted.

This is an especially acute problem for liberals like Harris. Is it really possible to have a generous, humane, managed system to deal with the millions who would like to move to America, or any of the other overprivileged bastions of the good life? Can Harris possibly hope to design an effective policy that deters too many migrants – whatever that number may be – while simultaneously satisfying the more “progressive” members of the Democratic caucus?

But, of course, this is not just a dilemma for career politicians – confronting this type of disagreeable reality is a challenge for anyone interested in public policy, one that is made especially difficult in an era of intense partisanship. It’s not just because I want my friends to think well of me and that I don’t want to be abused on social media that I’m glad I don’t have to make policy in this area. Consequently, I can argue that American policy should be more humane, it should stop meddling in the affairs of its neighbours, and if the US doesn’t want to have corrupt, violent narco-states on its borders, Americans should stop taking so many drugs.

And while I’m at it, we all know national borders are arbitrary artefacts of an often-unfair historical process over which the people affected had no control. Governments have shown no inclination to surrender immigration control to international law. Despite all this, even for Australia, a country at the sharp end of global climate change, plenty of people would still like nothing better than to come here. It’s the kind of pull factor that the likes of Harris have to wrestle with. A public-policy problem from hell, indeed.