Australia’s mission in Afghanistan – what was it again?

Nothing can reduce the responsibility of individuals. But the political context for a “forever war” is relevant, too. 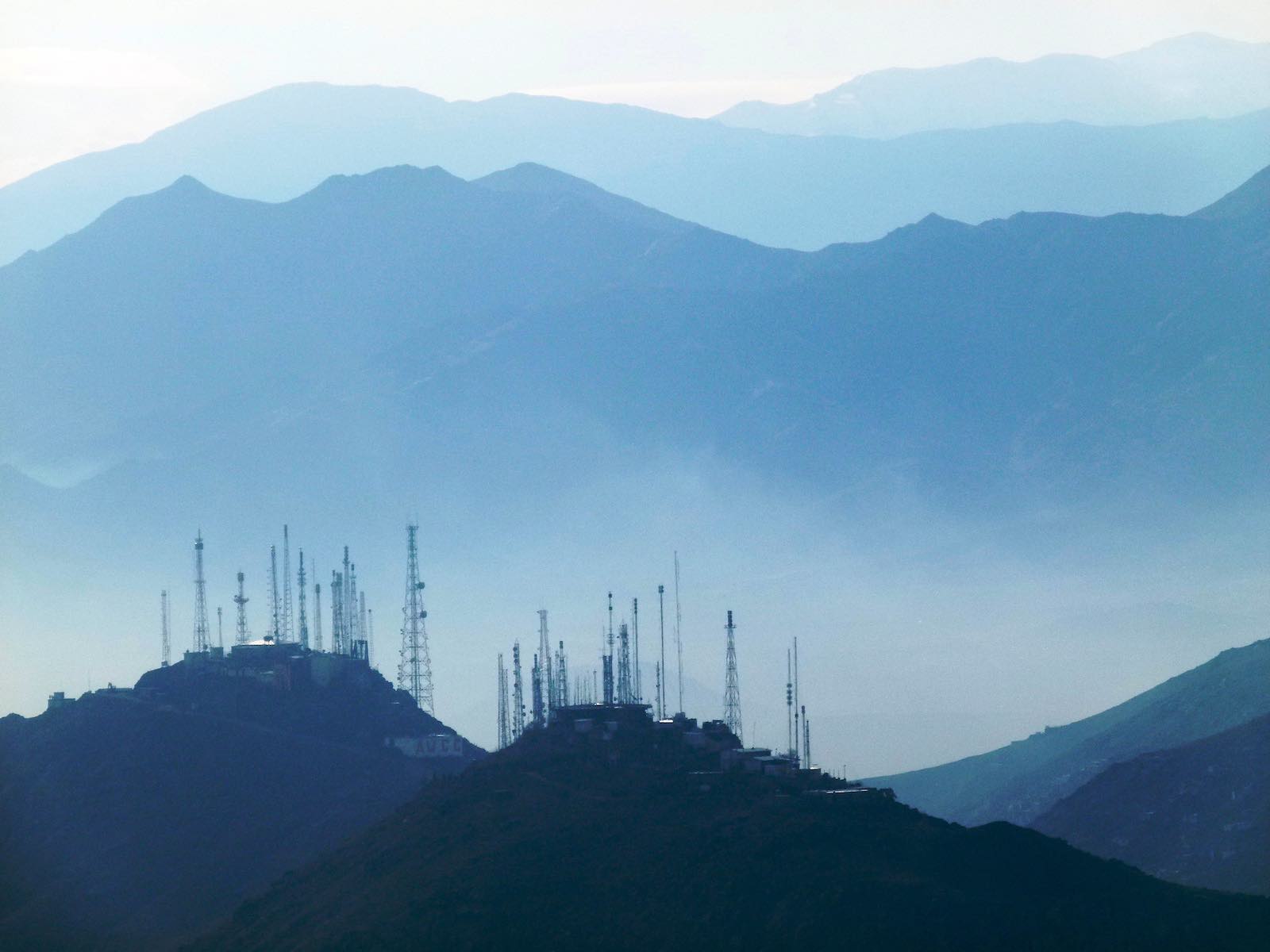 Back in 2012, Afghanistan mostly only featured in Australian news bulletins at those moments an Australian soldier was killed. The war was otherwise a story in the background, a feature on the back pages or late in TV bulletins when a journalist could “embed” with the troops. Tempers flared occasionally, but rarely about the fate of Afghans. The idea of Australian special forces, even a few, committing war crimes was something “few would have imagined” at the time, as the Afghanistan Inquiry Report released on Thursday has noted.

Confronted by allegations of 39 unlawful killings and other instances of cruel abuse, “the first natural response would have been disbelief”, the report finds.

It was not a risk to which any government, of any persuasion, was ever alerted. Ministers were briefed that the task was manageable. The responsibility lies in the Australian Defence Force, not with the government of the day.

Kevin Rudd is so far the only former prime minister to comment on the allegations outlined by the inquiry, saying he was “utterly disgusted” by “accounts of cold-blooded murder by members of our armed forces” and calling for prosecutions.

The goal of supporting even a “measure” of the standards enjoyed in Australia seemed extraordinary for an Afghanistan that had suffered decades of fighting.

And the inquiry report is right in its emphasis that responsibility for the alleged behaviour lies foremost with the 25 current or former Australian Defence Force personnel involved, the bulk from the elite Special Air Service Regiment.

But it does not reduce their individual culpability to also recognise a collective failing. Afghanistan was a war where most of the Australian public – let alone the government or the top-level military commanders – couldn’t really define what the mission involved. It’s become fashionable since to speak of “forever wars”, but this phrase still doesn’t adequately capture the ever-shifting goals in Afghanistan.

The inquiry refers to the manageable “task”. But what, really, was the mission?

John Howard sent the special forces to Afghanistan after invoking the ANZUS Treaty in the wake of the 11 September 2001 attacks. The first special forces left their base in Perth on 22 October that year, and a few days later Howard declared:

We should be clear about our aims in this operation. The immediate goal is to seek out and destroy al Qaeda and ensure that Afghanistan can never again serve as a base from which terrorists can operate.

The task they face is particularly suited to the temperament of Australian service personnel. In Afghanistan itself, the mission is likely to be pursued through precision, ground operations conducted by small teams of special forces. The hallmark of Australian soldiers has always been one of personal initiative and independent action. It remains so to this day, and the decision to include Australian SAS soldiers was recognition both of the highly targeted nature of the coming campaign and the important role our soldiers could play within it.

Just over a year later, in November 2002, the special forces came home. The government said that there was an “insufficient” number of tasks to justify the deployment. This was also in the run-up to the invasion of Iraq, although the government denied a link. By April 2003, Australia’s military presence in Afghanistan dwindled to one.

But in August 2005, amid a resurgent Taliban, Howard again dispatched the Special Forces to Afghanistan. At Campbell Barracks in Perth, he told the departing troops, whose “renown and skill not only has the respect of the Australian people, but the admiration of fighting men and women all around the world”, that their mission was now as one of upholding democracy.

Afghanistan represents a particular challenge, it’s important that the democratic embrace by the people of that country is protected. There will be an election held on the 17th December and attempts are being made by the Taliban, supported by elements of al Qaeda, to prevent that from occurring and all that follows it, and it’s very important and in fact it’s fundamental to the war against terror that Afghanistan be given the opportunity of fully embrace democracy, and if that happens and democracy takes root in that country, that is protected, then a massive blow is struck in the war against terrorism.

The special forces did not go alone, they were accompanied by regular troops. But the SAS would stay for years, broken only by a brief return, for what would become a total of 20 rotations involving some 3000 personnel. Australia’s mission also grew, with a “Reconstruction Task Force” deployed in 2006 to Uruzgan province and others beside.

While Labor went to the 2007 election promising to get Australian troops out of Iraq, Afghanistan was politically regarded as the “good war”, even as public attitudes began to sour. In 2008, the Rudd government continued the Australian involvement and put the emphasis on training Afghan national army members. As Rudd himself put it:

The Australian government remains committed to assisting the people of Afghanistan and their democratically elected government to achieve a measure of the stability and prosperity that we take for granted in our country.

The goal of supporting even a “measure” of the standards enjoyed in Australia seemed extraordinary for an Afghanistan that had suffered decades of fighting. That conflict would now cost more Australian lives, too.

By October 2011, a few months after al Qaeda leader Osama bin Laden was killed in a US raid in neighbouring Pakistan, Julia Gillard was quizzed as prime minister about the “creeping operations”. Three Australian soldiers had been killed and seven wounded, some in Kandahar province neighbouring Uruzgan, others in a turncoat attack by one of the Afghan soldiers being trained. Gillard rejected the characterisation “creeping” while acknowledging the “bitter cost”, but said, “I’m also very conscious of the need to see the mission through”.

Almost year later, I was a reporter and with Gillard in Cook Islands during a Pacific Islands summit in August 2012 when news came through of another five Australian soldiers killed. I asked her what had changed in Afghanistan in the time since to give her the confidence that Australia should go on. Gillard’s answer was again to point to progress and the prospect of an eventual withdrawal.

My faith then is the same as my faith now. We are making progress, and I can tell you that, I’ve seen it with my own eyes when I have visited Afghanistan, but more particularly I’ve seen it through the eyes of our Defence Force personnel who have been deployed there on more than one occasion. And for our troops who have been there more than once, they can speak to you about the progress that is being made, about the security progress, about the progress in training Afghan troops.

We have entered the final process, the process of transition, we know that that process will be 12 to 18 months long, and we know that at the end of that, the bulk of our forces will be able to return home. So our strategy is well-defined, our strategy is constant, and we cannot allow even the more grievous of losses to change our strategy. We cannot have a circumstance where loss dictates how we will engage in this war and see our mission through. In my view, that wouldn’t be appropriately honouring the men we have lost. In my view, it would be letting our nation down. We went there for a purpose and we will see that purpose through.

And when those 18 months passed, it was by then Tony Abbott as prime minister. Abbott travelled to Afghanistan in October 2013 to declare Australia’s war over, “not with victory, not with defeat”. Some achievement. The fitful democracy in Afghanistan continues, yet haunted by a Taliban return.

Scott Morrison has called his Afghan counterpart in sorrow over the behaviour of the soldiers. The actions revealed by the inquiry will leave a stain for Australia’s reputation. Holding those reponsible to account is crucial next step. But the political context, while in no way an excuse, is also important to acknowledge. Looking back, this was a mission where the prospect of victory had long been surrendered. The insistence of “seeing the mission through” gradually replaced any actual purpose for the mission. As one SAS trooper is now reported to have said when confronted by atrocities in 2012, “No, we’re definitely not trying to win the war any more”.