The bad news for press freedom in India

Fears of arrest, or worse, have spilled over into widespread self-censorship despite a burgeoning media landscape. 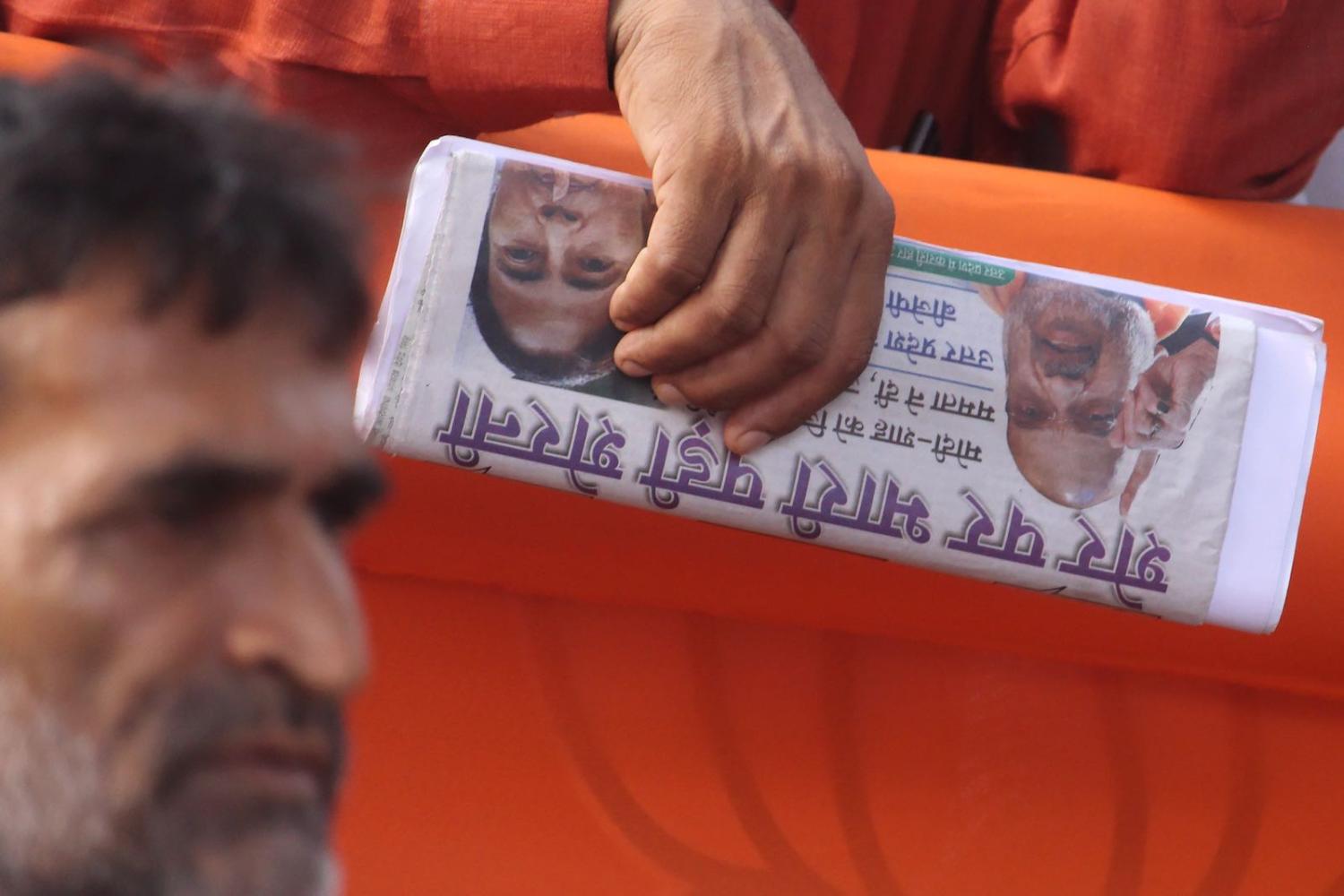 There are more than 100,000 registered newspapers and magazines across India, only many now pick a “side” (Photo: Himanshu Bhatt via Getty)
Published 18 Jun 2019     Follow @pomegranitaa

Press freedom is under the scanner in Australia, as it is around the world. For the first time in decades, Australian journalists have found themselves the subject of police raids over reporting on national security issues, with the prospect they could be jailed over the stories that date back more than a year. The fallout has been immediate and noisy, dragging in the Prime Minister, Home Affairs Minister and the Australian Federal Police.

Local journalists in Australia would find cold comfort in the fact that they are in fine company: press freedom around the world is on the wane, and India has an especially poor record. For example, in the 10 days alone, four journalists have been detained over tweets and reporting.

With numerous journalists killed in recent years, the wider context points to a double-plus-ungood sign of how the world’s largest democracy is evolving.

This will do little to help boost India’s parlous track record on press freedom, coming in at 140 out of 180 countries on the most recent World Press Freedom Index. While the country has always had a vigorous media culture and free-speech laws, press freedom has deteriorated over the past five years in particular, for a variety of reasons. With numerous journalists killed in recent years, the wider context points to a double-plus-ungood sign of how the world’s largest democracy is evolving.

A freelance journalist was arrested by police this month after uploading a video showing a woman claiming to be in love with the chief minister of Uttar Pradesh state, Yogi Adityanath. (The reporter was later freed thanks to a Supreme Court order.) Two, perhaps three, other journalists have also been reported arrested over the same matter. And last week, also in Uttar Pradesh, a local journalist was arrested by rail police after filming the derailment of a goods train.

Six journalists were killed across the country in 2018, marking India as fifth on the list of countries that are unsafe for journalists. One of those killed the year before was the activist Gauri Lankesh, who was gunned down in her driveway in September 2017. Known as a fearless advocate for the marginalised and leftist causes, her death sent shockwaves through the media.

Regional tensions are another contributing issue. There has been a string of media workers killed over the years in areas controlled by Maoist separatists in central and eastern India, while in Kashmir, a leading newspaper journalist and editor who was a BBC contributor was shot dead a year ago.

Corporate owners also act as another muzzle on the media. According to a recent report from the non-government organisation Reporters Sans Frontieres, media ownership is concentrated, and laws requiring diversity of ownership are largely ineffective. These include major conglomerates such as Reliance Industries, owned by billionaire Mukesh Ambani. Reporters Sans Frontieres also points to the widespread trolling and online threats against journalists, much of which it said is linked to the Hindu nationalist right.

The pressure on journalists comes as the country’s media industry has grown phenomenally over recent years. There are more than 100,000 registered newspapers and magazines, the largest of which shifts around 45 million copies each day. There are more than 400 news channels in all languages, with up to 90 of those operating 24-hour news broadcasts. There are countless news websites, and hundreds of radio stations, and India remains one of the biggest media markets in the world. It and is also home to a buoyant independent press, although many journalists concede it is getting harder and harder to report freely. Many once-impartial news outlets and journalists have picked a “side”.

One of them is Arnab Goswami. Goswami, formerly of the Times Now 24-hour news channel and now of Republic, which has swiftly become the country’s most popular English-language channel, is a prime-time TV anchor known for his combative, shouty style. He is one of Narendra Modi’s most ardent supporters, and the channel’s coverage mostly focuses on the BJP.

At the other end of the spectrum is NDTV, another 24-hour news channel, which clings to fact-based reporting – yet has faced challenges, such as police raids in 2017, which resemble the recent raids on the Australian Broadcasting Corporation.

It is not hard to see just how fears of arrest, or worse, have spilled over into widespread self-censorship, or journalists committed to independent reporting leaving their jobs. While a select few cases have hit the headlines, many others have happened quietly or on the sidelines.

It is not just the media that has found itself in the government’s sights. Since 2015, Greenpeace’s India branch has struggled to stay afloat after new laws that effectively blocked the bank accounts of NGOs receiving funds from abroad were implemented. Other NGOs affected include Amnesty International and the Ford Foundation. Academics and lawyers, too, have been swept up in the dragnet. One is Anand Teltumbde, a prominent scholar and writer on caste issues, who is trying to stay out of jail after his arrest in February. The charges, it was claimed, were a measure to help bolster the BJP’s chances of being returned to power. The party’s victory means the case for strengthening media protections and autonomy is becoming increasingly urgent.

Previous Article
The deeper malaise in Hong Kong’s civil service
Next Article
Episode 3 of Rules Based Audio, “The Propaganda Department”, out now

Critically in Canberra power terms, the Director General ONI’s capacity to wrangle the other larger agencies like ASD and ASIS would be boosted.
Stephen Grenville 7 Feb 2017 14:55

Against female genital mutilation in India

A petition campaign has sparked debate on a cruel practice too long ignored in India’s Dawoodi Bohra community.