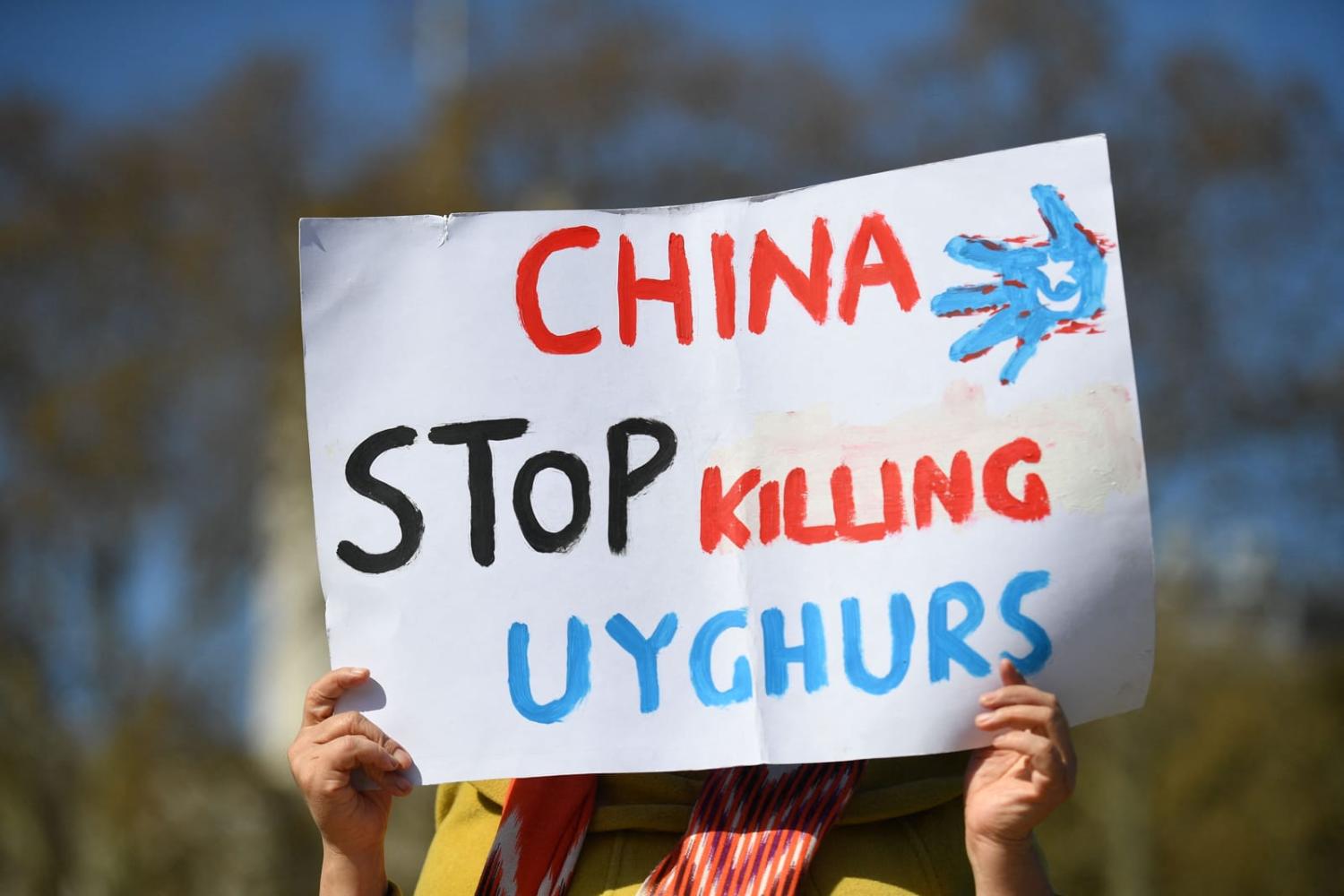 Propaganda, understood as the “deliberate, systematic attempt to shape perceptions, manipulate cognitions, and direct behaviour to achieve a response that furthers the desired intent of the propagandist”, has been central to the Chinese Communist Party’s governance of China since the inception of the People’s Republic.

Under Xi Jinping, in particular, a defining characteristic has been the return of “thought work” as a major instrument of maintaining the Party’s leading role over Chinese society. This has been readily apparent in the Party’s approach to Xinjiang where a system of pervasive surveillance intersects with the CCP’s practices of ideological re-education to constitute a program of mass social reengineering to “remake” Uyghurs and other Turkic Muslims into pliable, controllable citizens.

Yet as China has demonstrated in response to the recently released report of the Office of the United Nations High Commissioner for Human Rights (OHCHR) on the human rights situation in Xinjiang, the desire to “shape perceptions, manipulate cognitions, and direct behaviour” does not stop at China’s borders.

For Beijing the task of shaping international perceptions in a manner favourable to its interests on Xinjiang has arguably become a much more difficult one with the OHCHR report.

Instead Beijing has embarked upon a three-step propaganda strategy to blunt international criticism: outright denial gives way to deflection via misinformation before shifting to the proselytization of a narrative for the Party-state’s policies as a benevolent model of development and social control.

But for Beijing the task of shaping international perceptions in a manner favourable to its interests on Xinjiang has arguably become a much more difficult one with the OHCHR report.

The OHCHR’s assessment that China’s action in the region “may constitute crimes against humanity” is based on review and analysis of “official Government documentation and information, including laws, policies, statistical data, court decisions, and official statements and White Papers made public by the Government” – including document leaks such as the “China Cables”, the “Xinjiang Papers”, the “Karakax List”, the “Urumqi Police database” and the “Xinjiang Police Files” – as well as “research material, satellite imagery and other open-source information” and supplementary interviews.

Significantly, this vindicates what Uyghur advocacy organisations, human rights NGOs, and Uyghur and Xinjiang studies scholars have argued for a number of years: that the CCP has engaged in a systematic program of mass repression and social control consistent with a program of cultural genocide.

Part One was on display during China’s ambassador to Australia Xiao Qian’s 6 September interview on ABC’s 730 program. When asked by the host Sarah Ferguson whether China should be “ashamed” of the OHCHR report’s findings that “there was arbitrary detention, torture, cruel or degrading treatment”, Xiao dismissed it as “an absolute fabrication” that was “10,000 miles away from the truth”.

Part Two has been evident in official state media stories in the wake of the release of the report. These have sought to deflect the OHCHR assessment by emphasising that China prioritises other categories of human rights than individual civil and political rights, and that the OHCHR report “intentionally distorts China’s laws and policies, smears China's efforts against terrorism, secessionism and extremism in Xinjiang”.

Finally, Step Three of actively justifying China’s policies in Xinjiang is central to Beijing’s 131-page note verbale, “Fight against Terrorism and Extremism in Xinjiang: Truth and Facts”, which China’s permanent mission to the United Nations requested to be released simultaneously with the OHCHR report. This document, perhaps more than any other released by China in the recent past, presents the most strident justification of its policies in Xinjiang.

While the plausibility of China’s claims may appear weak in the face of the weight of evidence amassed to the contrary, these are nonetheless leveraging existing divisions within the international community.

With section titles such as “Xinjiang’s Fight against Terrorism is both Necessary and Just”, “Vocational Training Centres are Intended for De-radicalisation in Accordance with the Law”, and “Law-based human rights protection in various areas has levelled up Xinjiang”, the document summarises Beijing’s justifications for systematic repression in Xinjiang. For China’s ruling CCP, Xinjiang was beset by “terrorism and extremism”; what external observers term mass internment is actually a “de-radicalisation” program; and coercive labour transfers connected to “vocational education” are necessary to eradicate the conditions conducive to “radicalisation”.

The document asserts that over time “religious extremist forces” took “advantage of the realities in southern Xinjiang such as a vast religious population, limited communication, industrial underdevelopment, lack of information and inadequate literacy in modern science” to “rampantly” propagate “religious extremism”. Elsewhere it states that its fight “against terrorism and extremism” has been conducted on a “clearly defined” legal and policy framework for “counterterrorism”.

This is not what either the OHCHR report found, nor what scholarly research indicates.

Yet while the plausibility of China’s justificatory narrative may appear to be weak in the face of the weight of evidence amassed to the contrary since 2017, it is nonetheless leveraging existing divisions within the international community (e.g. between the Global South and the West) and within individual states and political movements. Like the most insidious propaganda, China’s goal is to convince, or failing that, to confuse anyone who might be swayed by false claims about its repression in Xinjiang.

Previous Article
Queen Elizabeth II: For Country and Commonwealth
Next Article
The SCO: an illiberal club of growing global significance

Only a coherent policy for the Indo-Pacific will work. The West needs to offer a strong economic balance to Beijing.
Erin Harris 14 Dec 2017 16:47