Geopolitical and economic rivalries can see projects of questionable value get pushed through without proper assessment of financial and economic viability.

Much has been written about the massive infrastructure investments needed to sustain Asia’s growth performance. The Asian Development Bank estimates that the region’s infrastructure will require investments of $US26 trillion by 2030, or $1.7 trillion annually, more than double its estimate less than a decade ago. Current investment levels will cover about half the estimated need, leaving a huge financing gap. Moreover, many consider even these colossal figures to be on the low side. At the same time, there is broad agreement about the dearth of 'bankable' projects'. Telecommunications, energy and high-end housing projects can generally raise financing, while roads, railways and bridges, urban renewal, water and sanitation are far less attractive for financiers.

China is using the region’s appetite for infrastructure as a vehicle for its geopolitical ascendancy. Under the Belt and Road Initiative, China is working hard to attract infrastructure investments in the region and beyond, to improve its access to markets in Asia, the Middle East, Africa and Europe. BRI projects are being financed by its state-owned policy banks, China Development Bank and China Exim, a dedicated Silk Road Fund, and local governments and state-owned enterprises. China is also encouraging public and private financiers in the 64 OBOR countries to chip in.

Japan has responded to China’s largesse with its own 'Quality Infrastructure Initiative', which will pump $110 billion into a wide range of projects by 2020, mainly through the Japan Bank for International Cooperation and the Japan International Cooperation Agency. On the multilateral front, the recently established Asian Infrastructure Investment Bank, although still a minor player, has galvanised the World Bank and ADB into expanding their lending.

The race to finance Asian infrastructure has many upsides. The push to lend increases the total financing available for infrastructure and encourages lenders to streamline their procedures and make funds more accessible for borrowers. Having numerous financiers increases the scope for joint financing, which can help to spread the risk inherent in large projects.

However, the race also has downsides. Increasing financing does not in itself address the shortage of bankable projects. On the contrary, it may actually increase the likelihood of unjustified projects being financed. Geopolitical and economic rivalries can see projects of questionable value get pushed through on political grounds, without proper assessment of their financial and economic viability, and cutting corners in technical, environmental and social due diligence. There is a growing risk that countries will borrow for white elephant projects, saddling them with hard-to-service debt and lenders with nonperforming loans or default.

Pumping public financing into infrastructure with questionable results, or worse, is not new to Asia. As part of a broad stimulus, in the 1990s Japan channelled massive funding into public infrastructure, building the oft-cited 'bridges to nowhere' and inflating an economic bubble that would eventually burst. During the 2008-2009 global financial crisis, the Chinese government implemented a $590 billion stimulus program through its state-owned banks. Bankable or shovel-ready infrastructure projects were in short supply, and local governments and SOEs set up off-the-balance-sheet vehicles to invest borrowed funds in an array of questionable ventures, including real estate and even the stock market. The stimulus fuelled China’s real-estate bubble and the ongoing local-government debt crisis.

The current glut of international financing risks triggering a repeat performance at the regional or global level. The first casualties are already apparent. CDB and China Exim lend on largely political grounds, do not have clear-cut debt sustainability limits and have recently incurred major losses in risky countries such as Sudan, Venezuela and Zimbabwe. In Venezuela, for example, loans were secured against oil reserves, before prices – and the economy – collapsed. The losses have forced China’s policy banks to reassess their approach to sovereign risk and their country lending priorities.

Sri Lanka is another example of politically-driven lending gone bad. In 2005-2015, the Rajapakse government borrowed massively from China for a range of projects, including a port, airport, roads, stadium and conference center in the president’s home district Hambantota. Rather than catalysing growth on the remote south coast, the infrastructure is now standing virtually unused. Heavily indebted Sri Lanka was recently bailed out by the IMF, and the current government is negotiating with Chinese SOEs about the fate of the idle infrastructure and unsustainable loans.

Indonesia’s high-speed railway market, again, demonstrates the downsides of political competition. Throughout Southeast Asia, Japan and China are competing fiercely for high-speed rail projects, supported by state-owned banks and occasional political arm twisting. The Jakarta-Bandung link has been a particular bone of contention. Following years of positioning by the two competitors, last year the contract was awarded to China. Many suspect political intervention. Over a year later, rather than moving ahead quickly, the project is mired in bureaucracy, raising costs and undermining its financial viability.

Financing Asia’s infrastructure gap is essential for the continued prosperity of the region. But the current politically-driven race to provide funding entails major risks. The spectre of bad debt has reared its head. Borrowers and lenders should heed recent lessons and beware of the looming debt trap. 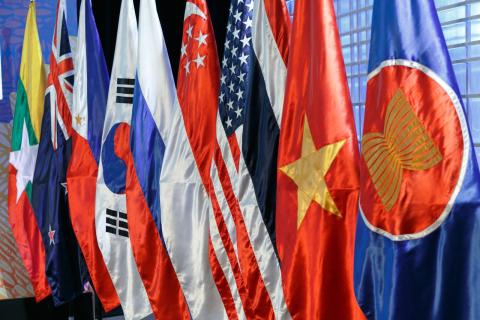 I was twice an enemy to al-Qaeda’s leader, both near and far. His influence in seeding militant Islamists was profound.
Astrid Norén-Nilsson 11 Jul 2018 15:00

No stunning surprises will be allowed in Hun Sen’s drive to remain as prime minister.
Parul Bakshi 13 Sep 2022 11:00