A mistake? Maybe. But a US map of Vietnam including the Paracel and Spratly islands raises big questions. 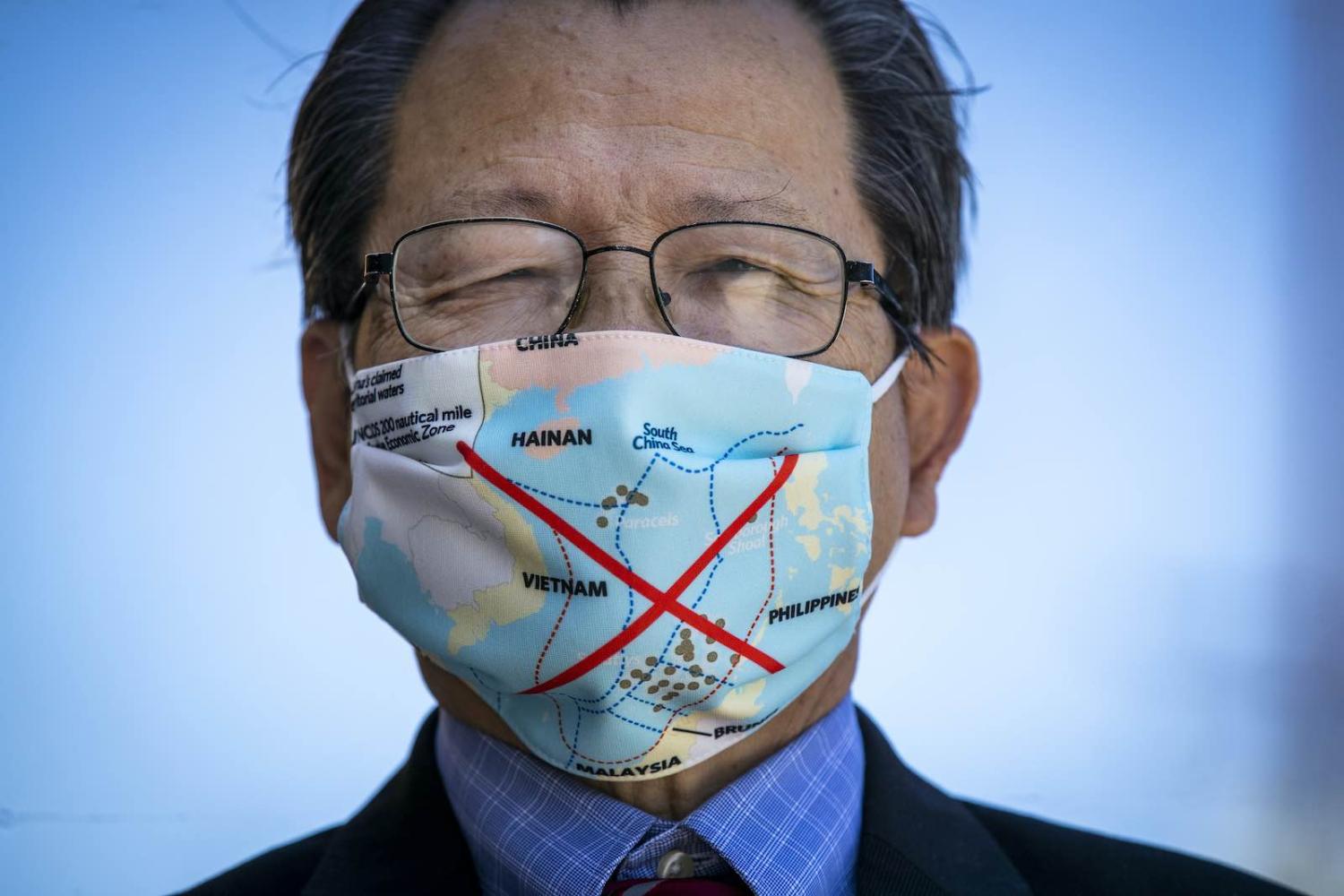 On 9 September, the US embassy in Hanoi published on Facebook a map of Vietnam on a poster to commemorate the 25th anniversary of US-Vietnam diplomatic relations. At first the map did not attract much attention, given both countries had celebrated the occasion on 11 July, the official date of the anniversary. Yet several days later, a small number of Vietnamese netizens recognised that the map included the disputed Paracel and Spratly islands in the South China Sea as a part of Vietnamese territory.

The inclusion appeared of major significance. The US official position regarding these heavily contested islands has to date been one of neutrality. Instead of taking sides, Washington has declared it will use its influence “to discourage the use of military force or unilateral expansion of claims of sovereignty”. Yet including the islands in a map of Vietnam suggested the United States was not only now taking sides, but also backing Vietnam in a dispute with five other countries, including China, as well as the Philippines ­– a US treaty ally.

I shared the map on my Twitter account on 13 September and posed the question whether such inclusion signalled an implicit recognition of Vietnamese sovereignty over the two groups of islands. The tweet attracted lots of attention from international scholars. Many of them applauded the US move and considered the map a major change in Washington’s official position on the disputes.

US embassy commemorates the 25th anniversary of the US-VN relations with a map of Vietnam with both Paracels and Spratlys islands. Is it an implicit signal that the US supports VN’s sovereignty over these islands? pic.twitter.com/d5llh7jIH5

Voice of America Vietnamese later picked up the tweet and noted that the map resembled the Vietnamese government’s official map of the country. Vietnamese netizens also noticed that the US Embassy in Beijing’s map of China does not include the Paracel and Spratly islands, which lent further credibility to the claim that Washington had taken Hanoi’s side. Needless to say, the Embassy’s Facebook post was showered with praise from Vietnamese Facebook users.

However, two days later on 15 September, the Embassy silently withdrew the map and published a new one without the Paracel and Spratly islands. The new map still displayed Vietnam’s other islands not subject to dispute claims, such as Phu Quoc and Con Dao, which led some to argue the change now amounted to a clear attempt to deny Vietnam’s sovereignty over the Paracel and Spratly islands.

I put questions to the US Department of State to ask whether the original map was a technical mistake and to clarify the official position on the island disputes after the withdrawal of the map. I did not receive a response.

The drama continues. One day after the VOA Vietnamese report, US embassy silently changed the map without the two islands. What does this mean? Thanks @findingsen for noticing the change. https://t.co/OuqH6cBX2f pic.twitter.com/2wrNCkSpsH

Since the map was changed, the embassy’s Facebook post has received mostly negative comments and nearly 6000 angry reactions. Commentors openly called the US an untrustworthy partner and warned that Hanoi needed to be cautious when cooperating with Washington against Beijing’s aggression in the South China Sea. Many added that Vietnam needs to be strong alone to defend its sovereignty, for the US and China are the great powers and also have their own national interests. Responding to questions on the US embassy’s map change, Vietnam’s Ministry of Foreign Affairs spokesperson reaffirmed the two groups of islands belonged to Vietnam and that the country had historical and legal evidence to back up such claims. The BBC Vietnamese service also carried a story about the controversy.

The map change will without a doubt hurt US credibility with the Vietnamese populace, who pay more attention to symbolic developments in the relationship than to negotiations behind closed doors.

To be fair, by removing the two groups of islands from the embassy map, the US has signalled a continuing policy of neutrality rather than any change in stance. But from the Vietnamese perspective, and particularly absent an explanation of the change, the US appears to have explicitly denied Vietnam’s sovereignty, shattering any hopes of relying on its help to assert Vietnamese claims. In recent years, Vietnam has welcomed the increased US presence in the South China Sea, and the country is now the most pro-US (tied with South Korea) in the region, according to a 2017 Pew Research Center survey. The map change will without a doubt hurt US credibility with the Vietnamese populace, who pay more attention to symbolic developments in the relationship than to negotiations behind closed doors.

The map change will also reinforce Vietnam’s “three-nos” policy (no military alliances, no foreign military bases on Vietnamese territory, and no reliance on any country to combat others). The policy has long been a major impediment to the US attempts to bolster its defence ties with Vietnam. However in the country’s latest defence white paper released in November 2019, Hanoi signalled its intention to reinterpret the policy to permit more defence relations with the US, “depending on circumstances and specific conditions”, while still maintaining the impression that no country should force Vietnam to pick a side. The perception of the US “abandoning” Vietnamese claims this time underlines the country’s wariness of military alliances, for both the US and the Soviet Union failed to come to its defence when China attacked South Vietnam’s Paracel islands and Vietnam’s Spratly islands in 1974 and 1988 respectively.

In a region rife with historical disputes, a map is often seen to be the same as the territory. Vietnam has reasons to be both gratified and disappointed with the embassy’s inclusion and then subsequent exclusion of these disputed islands. Although the map change should not stifle the growing ties between the two countries, the negative reactions this episode has generated will haunt their relations for years to come.

From ONA to ONI: Getting closer to the original plan

Both of those functions were envisaged in the legislation establishing ONA, enacted 40 years ago in 1977, after the seminal report by Justice Hope into the AIC.
Graeme Smith 12 Sep 2019 06:00