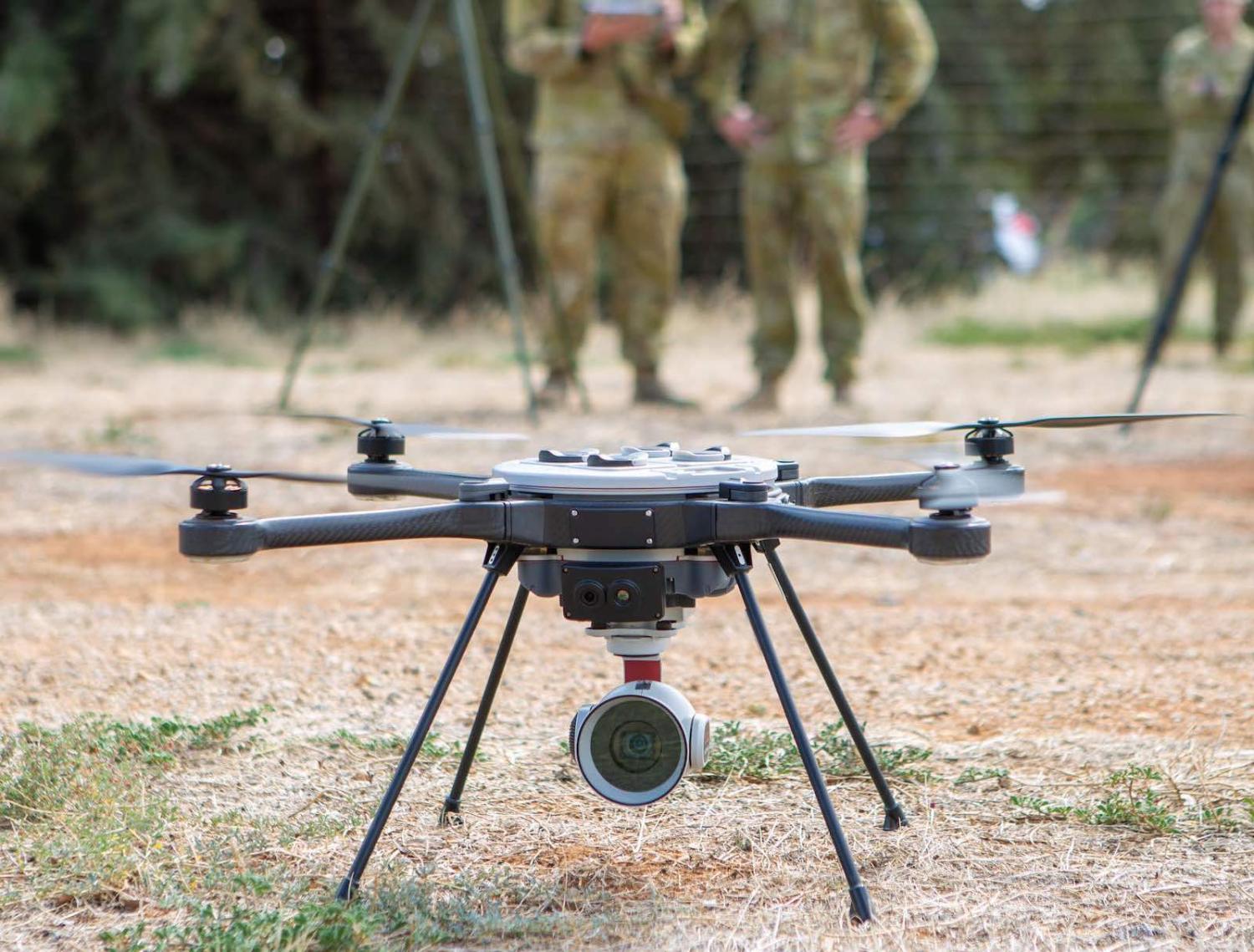 In the world of emerging technologies, few concepts evoke excitement like swarms. The power of the swarm is in its natural formation – from bees, to schooling fish and flocking birds – the whole is greater than the sum of its parts. Swarms can achieve far more complex tasks than single entities, precisely because they synchronise individual systems to operate as a collective with a common goal.

Extrapolating beyond nature, swarms begin to present limitless possibilities, particularly in relation to military and battlefield capabilities, where advantages far outweigh disadvantages. Swarms are scalable and adaptable, easily changing size and configuration depending on the mission. They are robust, with small losses having little impact on effectiveness. Decentralised swarms – without a central leader – are highly resilient in electromagnetic disruptions. In so-called emergent swarms, individual units can respond to the actions of other local units, without the involvement of any central coordination. Put simply, swarms display sophisticated behaviour at the collective level although consisting of only simple nodes.

Understandably, militaries are intrigued. Research programs are reportedly ongoing in Australia, China, the EU, France, Germany, India, Israel, Russia, South Korea, Turkey, the United Kingdom, and the United States. In addition, swarms have piqued the interest of first responders and those in agriculture, forestry, and mining. However, there remains an uneasiness between military and commercial interests in swarm technology, especially among IT pioneers in Silicon Valley.

Despite all the buzz, sophisticated operational swarms are still a distant prospect. Public drone swarm shows are not by definition swarms as the units merely act out a pre-programmed routine. So too, military experiments are conducted in simplified environments, employing small swarms and communications equipment off-board. Part of the issue is that hardware limitations impose restrictions on size, weight, battery power and on-board computing. Communication between a swarm and its operator consumes a great deal of bandwidth, which comes at a premium on the battlefield.

Operational combat swarms are also a way off. So-called “swarm attacks”, including those on a Russian airbase, Syrian military convoy and Saudi oil fields, were not swarms. They were coordinated attacks involving multiple drones that did not communicate or cooperate to execute the mission. However, the technology is advancing, and the software is commercially available, but at best these strikes are a type of proto-swarm. At this stage, no state or non-state armed group is capable of operational swarms.

Unlike most other applications of AI or robotics, there is no manned or remote-controlled equivalent to swarms. This makes adoption difficult. Effective military innovation requires not only new technology, but also accompanying doctrine, trained personnel, and institutions adapted to make full use of it.

Drone swarms would enable new types of warfare where the risk-reward ratio changes – if one unit is lost, it is easily replaced.

The potential, however, is vast – imagine being able to overwhelm enemy air defences or overpower ships using smaller vessels. Further applications include drones acting as a net of smart mines, surveying large search and rescue fields, detecting and neutralizing sea mines, and countering anti access/area denial, or A2/D2, technology in which devices prevent unauthorised occupation of an area.

Swarms might also just return something long-lost to Western militaries: mass. In recent decades, the cost per unit in defence production has risen exponentially. Consequently, many Western militaries limit their cache of sophisticated technological equipment. Swarms could change this. Once the control software is developed, it could in theory be possible to field a large inventory of relatively simple and inexpensive systems. This would enable new types of warfare where the risk-reward ratio changes – if one unit is lost, it is easily replaced.

As swarms advance, questions naturally arise about how to combat them. Existing air defence systems are generally designed to counter large fast targets, not drones. Swarms can quickly disperse and adapt their formations, making them difficult to target. Moreover, it is not financially prudent to use multi-million-dollar missiles to take down cheap drones. Instead, microwave technology could hold the answer, with its capability to destroy multiple nodes and control systems.

In terms of resilience, decentralised swarms are the most effective against electromagnetic countermeasures, but this comes with a reduction in the level of human control. Such control is further challenged by each system’s cognitive complexities, the asynchronicity between operator and swarm, and the inherent unpredictability of emergent swarms. Essentially, the collective behaviour of swarms cannot be validated and verified and, as such, its use may present a violation of international law. Countries who choose to engage in swarm technology must therefore ensure that their programs comply with Article 36 of and its reviews, put in place under the 1977 Additional Protocol to the Geneva Conventions of 1949 that police the employment of new weapons and means of warfare.

So, although swarms may bring a new set of capabilities through mass, resilience, and adaptability, more research is needed before they can be used on the battlefield. There are serious questions that first need answering on matters of human control and, more importantly, from a humanitarian perspective, it is critical that the world pays attention to avoid bumbling unprepared into the future.

Previous Article
Back to the future: Keeping Australian air lines of communication open
Next Article
The black, white and grey in defining the “rules-based order”

Much more than only trade and investment, the Indonesian President has grander ambitions for the two neighbours.
Jonathan Pryke, Alexandre Dayant 31 Oct 2019 13:30

Chart of the week: Australian versus Chinese aid in the Pacific

By the numbers, while China promises a lot to the region, it actually delivers far less.
Bec Strating 26 Mar 2019 14:30

When Britain leased Diego Garcia to the US to become a Cold War military base, did it have sovereign rights to do so?