Is bipartisanship on national security a good thing?

The current era requires patient diplomacy and policy that survives a short election cycle. But not without debate. 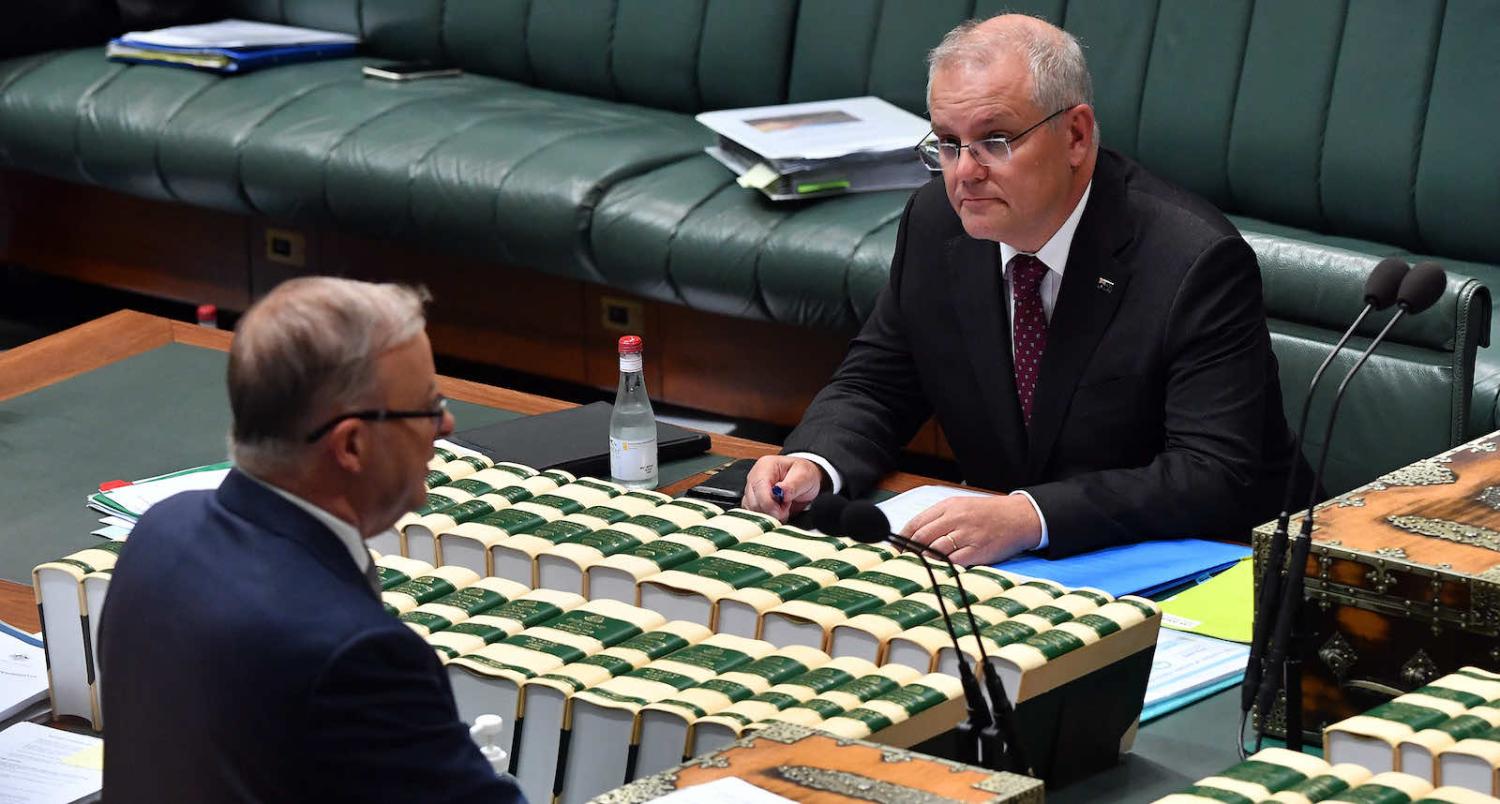 In the mass of commentary on the Morrison government’s feverish attempts to paint Labor as “weak” on national security and not to be trusted with China policy, one word has been prominent: bipartisanship.

The pithy Oxford Languages’ definition of bipartisanship is “agreement or cooperation between two political parties that usually oppose each other’s policies”.

Some areas of national security policy have a long history of bipartisanship. One example is the support over many decades from both Labor and the Coalition for Australia’s alliance with the United States.

This is not to say there haven’t been significant differences over the years. Labor, for example, opposed the disastrous 2003 US intervention in Iraq, which the Howard government backed.

But the enduring commitment to the alliance from both parties has been a significant factor in America’s willingness to keep investing in it, and that in turn has been essential for Australia’s access to leading-edge defence technologies and training with the world’s best military.

Similarly, the Coalition and Labor haven’t always agreed on the political management of the China relationship over the past few years. But on most major policies, such as protecting 5G networks, or foreign interference, or even on the government’s sudden switch to nuclear-powered submarines, the two sides have aligned.

Australia’s partners want to know they can invest in new mechanisms without fear of being left like a shag on a rock by sudden policy shifts in Canberra.

Most of the commentary on the stoush over China begins with an assumption that bipartisanship on national security policy is a good thing, to be protected where possible from party politics. But is it?

I would argue “mostly”, and particularly when it comes to China (noting that, in one way or another national security policy is nearly all about China these days). But bipartisanship should not be pursued simply for its own sake: it is a national asset only up to a point.

The foreign policy and national security challenges facing Australia are immense. They are also structural and long-term, the result of China’s rise and America’s relative decline, and the unravelling of the post-Cold War liberal order.

China policy is complex – a web of inter-linked and inter-dependent national, regional and global responses to protect Australian interests and values.

The adjustment costs of this new era are significant. That is true, for example, of the roll-out of trusted 5G networks, or compliance with the Foreign Influence Transparency Scheme and Foreign Relations acts, or diversification to make up for lost China trade. It is especially true of the need to build a more self-reliant and offensively-capable Australian Defence Force.

The current era therefore requires patient diplomacy and long-term policy responses that can survive more or less intact through three-year election cycles and changes of government. A large measure of bipartisanship provides certainty for defence planners, policy departments in Canberra, companies and public institutions such as universities.

Bipartisanship can also reassure allies and friends, a point others have made in this debate. Australia’s partners, such as those in the Quad or AUKUS, want to know they can invest in these new mechanisms without fear of being left like a shag on a rock by sudden policy shifts in Canberra.

Bipartisanship is a helpful signal of national resolve to China. It tells Beijing that despite its coercive behaviour, Australia won’t surrender to China’s demands in return for economic benefit. Bipartisanship can also be as a disincentive for China to exploit perceived splits on Australian policy or in Australian society.

Bipartisanship should in theory reduce the temptation to drag Australia’s intelligence agencies into political fights, a proposition that hasn’t held up over the past week, resulting in a rare intervention from ASIO chief Mike Burgess.

When it comes to China, bipartisanship could – if properly wielded – reassure an anxious Chinese Australian community and prevent China policy from fuelling racism and xenophobia. Regrettably, the government has been too little interested in this.

But there are limits to the extent to which bipartisanship should be held up as a sacred goal, to be achieved and protected at all cost.

Bipartisanship is not automatically incompatible with contestability. A good-faith dialogue between the government of the day and its opposition can lead to better policy outcomes, including in the design and operation of complex legislation.

But bipartisanship can become a liability when a government tries to use it to shut down debate on policy options. This is a bigger and more important issue than the current election-inspired theatre of the absurd.

When it comes to China, Australia must be determined and tough-minded without unnecessarily closing off policy options or shutting down the diplomatic space that close partners, even the United States, seek from time-to-time when dealing with Beijing.

Nor should bipartisanship save the government of the day from intense scrutiny on the detail of policies. Labor and the Coalition will both spend long, tedious years in opposition over the life of the new submarine program, for example. We should want both to critically examine the fraught and unbelievably expensive path to eight nuclear powered vessels without being accused of abandoning bipartisanship.

Avoiding “unhealthy” bipartisanship is not just the responsibility of the government of the day. An opposition that cleaves to bipartisanship purely to avoid a political fight is not doing its job. That too weakens Australian democracy.

Lastly, to the extent that hyper-bipartisanship fuels Australia’s shrill public debate on China, we are the poorer for it. The major parties should do more to encourage a national discussion on China that is productive, tolerant and open to alternate views. Afterall, these are qualities that sit at the very core of liberalism.

Trump to take on Iran at UN Security Council table

Blasting the Islamic Republic is low-hanging fruit for an embattled President to please his base ahead of midterms.
Sian Troath 20 Jun 2018 12:00

Winning a seat at the premier UN forum is a chance to see Southeast Asian issues on the world agenda.
Adam Kamradt-Scott 21 Nov 2018 06:00