Britain can be a power in Asia

The UK’s decline is no more pronounced than that of any Western nation. 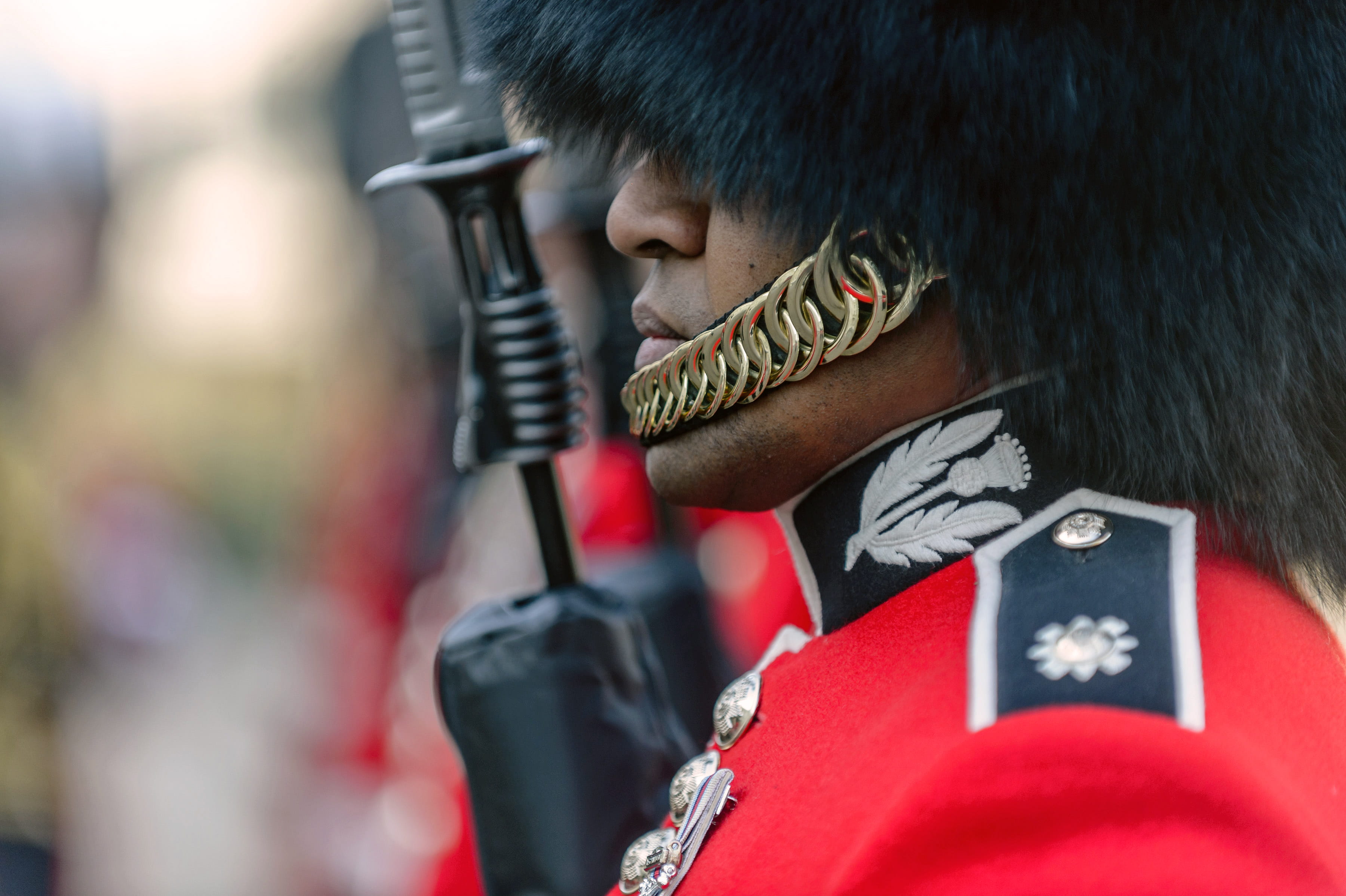 Recently the Lowy Institute’s Aaron Connelly argued that there is not much Britain can do in Asia because British power is diminishing. This is unsurprising.

One of the biggest challenges in international relations is ascertaining a given state’s place in the international system. People often get it wrong, they sometimes confuse power with capability and, like author Paul Kennedy, miss important trends, such as the information revolution.

While it’s true the UK will incur costs from leaving the EU, the numbers reveal a more positive story than Connelly suggests. Furthermore, the UK’s strong set of institutional, governance, and economic capabilities – comprising actual as well as latent power – will mean greater UK engagement in the world. Indeed, the UK already sees itself moving toward the constellation of states, including Australia, concerned with maintaining the rules-based order from would-be revisionists.

As a 2017 Henry Jackson Society report based on 59 indicators showed, the UK’s total geopolitical capability remains very high despite its decision to leave the EU. Indeed, many of the dire predictions made prior to the referendum have simply not occurred. Nor are there indicators that they might yet happen.

The UK economy remains the fifth or sixth largest in the world (depending on the indicator), and is among the wealthiest and most technologically advanced. Growth for 2016, recently revised up for a second time, was 1.9%, making Britain the joint-fastest growing economy in the G7. Preliminary statistics show that UK output last year grew by an impressive 1.7%.

As for the predicted exodus of financial institutions from London, this has been far less severe than anticipated, mainly because few understand how difficult transitioning to a European capital would be. London is one of the world’s two largest financial centres, and it is highly unlikely that any single European city could replace the financial ecosystem of commercial law firms, international banks, brokerage firms, and financial services that have developed organically in the City of London and Canary Wharf in recent decades. In terms of financial centrality, London has 27% more capacity than Paris, and nearly 99% more capacity than Frankfurt.

The UK retains a number of structural features that bolster its robust economy. Britain’s infrastructure is up to date and successfully connects a densely populated and urbanised island.

While British research and development spending remains lamentably low, the government has pledged to increase it to internationally competitive levels. In any case, this has not hindered Britain’s universities from becoming among the world’s strongest, ranking third in terms of scientific and medical Nobel Prizes awarded to alumni since 2007.

In terms of ‘connectivity’, the UK ranks fifth in the world (and first in Europe) and has several hubs for tech start-ups, including Cambridge and Shoreditch in London.

In military terms, Britain has just launched a 70,000-tonne aircraft carrier which significantly outweighs the combined tonnage of all surface combatants in the German Navy, while the Royal Fleet Auxiliary (Britain’s naval replenishment service) has more than five times the displacement of all the French Navy’s comparable large auxiliary vessels.

The British Isles may seem a long way away from Australia and South East Asia, but these critical capabilities, combined with Britain’s ‘strategic array’ of naval and air stations linking Portsmouth and Plymouth to the British naval facility in Singapore via Gibraltar and bases in Cyprus, Bahrain, Oman and Diego Garcia, affords Britain the ability to overcome the tyranny of distance.

In 2011, the Royal Navy responded to Typhoon Haiyan with greater speed than most regional powers; today, the UK has a global naval reach exceeded only by the US, and perhaps in the near future by China. And with the commissioning of the Royal Navy’s second supercarrier, HMS Prince of Wales, in a couple of years, as well as a flotilla of larger, more capable replenishment vessels, Britain’s ability to project itself into the Indo-Pacific will almost certainly increase.

The recent trip of British Eurofighter Typhoons to the region shows that the Royal Air Force will not lag behind the Royal Navy in this respect.

Britain also holds latent power, much of it in its military-industrial base, which is one of the world’s largest. British shipbuilding, aerospace, and defence industries bring in revenues of US$40 billion, which is nearly double that of France, and exceeds Russia’s US$31 billion.

What is more, this base is supported by one of the world’s largest military expenditures, at approximately US$56 billion. However, this amounts to only 2.14% of British national output, one of the lowest levels in British history. If this was increased to a still-modest 3% of GDP, considerably less than during the 1980s or early 1990s, the UK would be spending more than US$72 billion per year – more than any power active in the Indo-Pacific, bar China and the US.

To give Connelly credit, he does note Britain’s role in the UN Security Council, as well as its pivotal leadership role in NATO. But he fails to mention that the UK is the only European power other than France to have security arrangements in place in the Indo-Pacific, in the form of the Five Power Defence Arrangements. True, this network is latent rather than harnessed power, but it could be readily enhanced as a locus of regional security cooperation, perhaps involving Japan, as suggested by Shinzo Abe a few years ago.

Connelly also ignores the UK’s powerful position within the Five Eyes network, which is odd given Australia’s own reliance on these jointly pooled intelligence capabilities. In terms of cyber capabilities, of the five allied countries, only Britain and the US have developed significant offensive as well as defensive capabilities sufficient to dissuade and deter attacks.

Furthermore, Connelly overlooks the growing strategic focus of the UK Government on parts of the Indo-Pacific in recent years, even as it has beaten off an attempt to break up the UK and has implemented the British people's decision to leave the EU. Since 2013 Britain has pursued deeper security and defence relations through a treaty with Australia, and a fast-growing 2+2 defence and security dialogue with Japan, to such an extent that in December, London and Tokyo declared they were each other’s 'most important partner' in Asia and Europe, respectively.

Britain has also fostered slightly deeper ties to Malaysia, Indonesia, Singapore, South Korea and India in key areas, such as counterterrorism and cybersecurity. At the western edge of the Indo-Pacific, the UK has boosted its presence in the Gulf and the Arabian Sea with enhanced or new naval facilities in Bahrain and Oman, backed up by a tour of the region by the British Prime Minister, Foreign Secretary, and Secretary of State for Defence in December 2016.

The UK’s decline is no more pronounced than that of any Western nation, including the US. Although Connelly is right to point out that efforts to deal with the consequences of withdrawal will take up much bandwidth in the short term, the UK is almost certain to remain one of the half-dozen most capable nations in the world, and one that remains invested in the rules-based and maritime order.

It may well be that Connelly is concerned with political will; but as he should know, this is as changeable as a referendum or presidential election.

The fact is, Britain has the ability if it chooses.

Although it is unlikely Britain will place the Indo-Pacific at the centre of its national strategy, it will look to buttress some of the groups now being formed in the region, such as the US-Japan-India-Australia Quadrilateral, not least to help shore up the rules-based order. It is well within its capabilities to seek a constabulary role over its trade routes, even beyond Singapore.

As the UK’s focus moves away from the European continent and back to its traditional maritime space, its hard power will follow. In the face of rising maritime trade and maritime security challenges, the UK is destined to look at trade, economy and security in a far more unified way than in recent years. This isn’t Britain pining for an imagined imperial past; this is a Britain prepared for a rules-based maritime future.

So, while we don’t wish to sound triumphalist, we do wish to assure Aaron Connelly that Britain has the hard power capabilities to drive ever-closer engagement with Australia and other regional powers, and we look forward to working together on the high seas.