Systemic corruption has allowed the country’s ruling class to act above the law and women are paying the price. 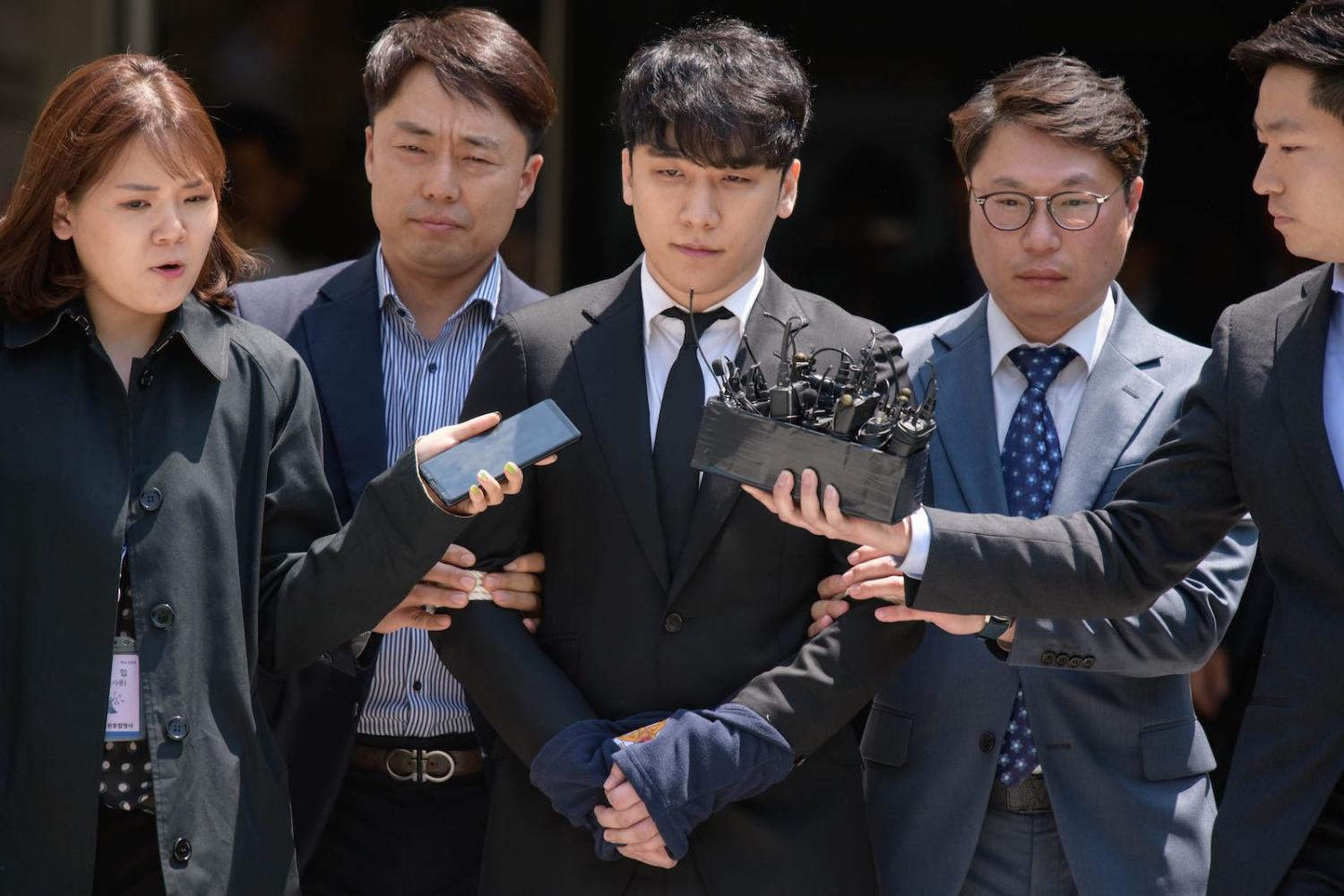 A scandal that began with allegations that some of South Korea’s biggest male K-pop stars had drugged and raped women (The K-Pop sex and drugs scandal sweeping South Korea) and shared video of the acts has reignited perceived injustices in two older cases, highlighting abuses of power among the country’s elite.

The Burning Sun scandal, named for the club in Gangnam associated with Seungri, of boy group Big Bang, comes a year after women began rallying in the streets in a wave of protests against systemic sexual abuse and the pervasive use of spycams (The women taking on spycams in South Korea). Shocking revelations in the Burning Sun case have rocked South Korea daily in recent months – seven chart-topping K-pop stars have been arrested on a range of charges from drug possession to group sexual assault, although not all have been indicted.

But accusations of police bribery, obstruction of justice or cases being completely dismissed highlight corruption at the highest levels in South Korea go back to the Park Geun-hye administration, and had been the spark for the massive candlelight protests that drew millions to the streets in 2016–17.

Yang Sung-tae, a chief justice who headed the supreme court from 2011 to 2017 is now facing 47 charges, including allegedly instructing officials at the National Court Administration to interfere in trials in order to win favours from the then president. A further 10 judges have been referred to a disciplinary committee after a two-month review of 66 judges.

The common factor is that [the cases concern] developments that took place among the privileged, and there is circumstantial evidence suggesting that the prosecutors and police purposely conducted incomplete investigations, and actively prevented the truth from being revealed.

Moon ordered investigations not just into Burning Sun, but into the police force, due to accusations of cover-ups at the club and others in the Gangnam and Hongdae districts, and also into alleged crimes committed by Kim Hak-eui in 2009 and Jang Ja-yeon’s death the same year.

Kim Hak-eui resigned from his role of vice justice minister in 2013 after video emerged of him allegedly raping a woman at a sex party at the home of businessman Yoon Jung-cheon five years earlier. The case was investigated twice in 2013 and 2014 but was thrown out despite the video, with prosecutors arguing that Kim could not be identified. An independent panel under the Ministry of Justice has concluded the original investigations were flawed and Kim has now been indicted on charges of receiving 170 million won ($143,700) and sexual favors in bribes from a construction contractor. The investigation did not confirm the rape allegation.

The tragic case of actress Jang Ja-yeon, who said she had been forced into sex by her agency, has also been reviewed. Jang, who starred in the K-drama TV hit Boys over Flowers, killed herself in 2009, leaving a seven-page note identifying 20 of the men allegedly involved, including influential figures in the entertainment and media industry. The review found that the police and prosecution failed to properly investigate her death, but as the list could not be found, there was not enough evidence to re-open the case.

The South Korean government’s Ministry of Culture, Sport and Tourism supports K-pop and other industries such as its lucrative K-dramas, which are exported as far as Cuba. It has seen K-pop become a multi-billion dollar business in its own right, as well as drawing consumers to Korean products and tourists to its shores.

The promise of such vast sums of money can act as a magnet for some who would do anything to make still more. Financial journalist Ha Hyun-Ock believes we are seeing the rise of a Korean mafia. “The ‘Burning Sun incident’, while involving drug dealing, prostitution, violence, tax evasion and collusion with police, overlaps with mafia activities,” he wrote for Korea JoongAng Daily.

As can be seen from the Kim Hak-eui case, such collusion is not confined to K-pop or entertainment, but there is a common thread: in all these cases where the powerful have abused their privilege, women are the primary victims. It’s symbolic of a patriarchal society that appears progressive, but has a long way to go in terms of equality.

“By offering up the celebrities, the police have satisfied the public and taken the spotlight off the police.” – Oh Young-jin

South Korean women are well aware of this disparity and increasingly disinclined to accept the status quo. In recent weeks, they have protested outside the Blue House, the president’s official residence, at what they see as a failure of a justice system dominated by men at every level: police, prosecution and judiciary. Some wielded signs saying “Rape cartel”.

The police have reportedly made thousands of arrests in the course of the Burning Sun investigation (most are drug-related), but many of their own were accused of wrongdoing and few are sharing cells with the denizens of the Korean underworld and now disgraced stars.

The Ministry of Justice panel has recommended the creation of an independent body to investigate corruption among high-ranking government officials but the protesters are not the only ones who believe more must be done before a break with the past can truly be achieved.

“Few members of the public have a memory span or patience enough to watch days of police corruption [reporting],” wrote Oh Young-jin in the Korea Times. “In the public’s collective consciousness, the people whose supposed mission is to protect and serve are tainted beyond being salvaged. By offering up the celebrities, the police have satisfied the public and taken the spotlight off the police.”

As South Korea and Japan pick a fight, don’t expect Trump to care

With the Appellate Body of the Word Trade Organisation about to seize, members must decide how to get back on the rails.
Khang Vu 4 Apr 2019 06:00

The South Korean President is mediating between North Korea and the US yet can only do so much for a reluctant couple.
Susannah Patton 20 Apr 2022 10:00

Australia’s next government needs to find ways to relate to the region that don’t depend on geopolitical alignment.