Punishment for democratic backsliding might force Hun Sen’s government closer to China – but not without cost. 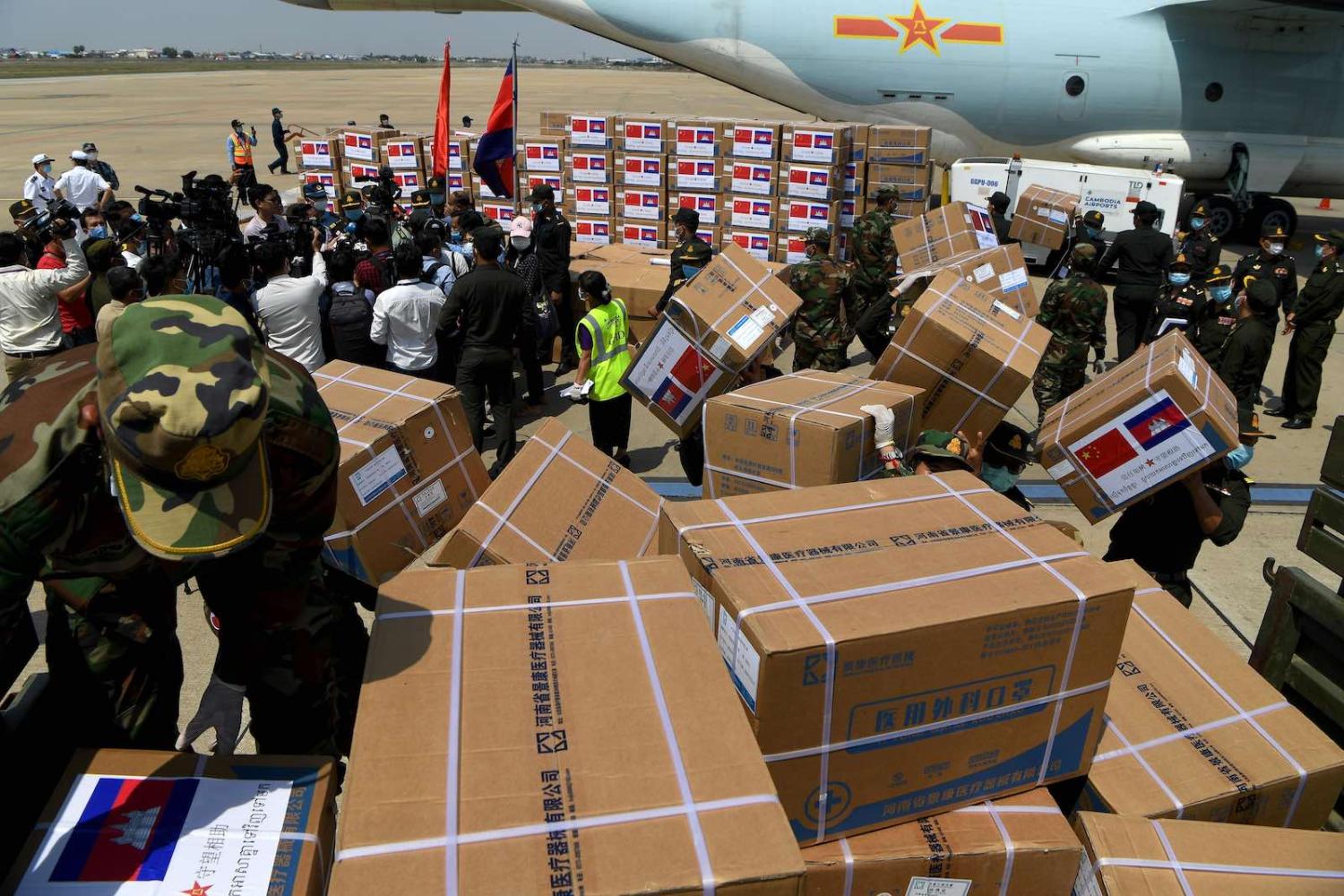 Cambodia’s foreign policy has been largely driven by the politics of survival, as the government led by Prime Minister Hun Sen’s ruling Cambodian People’s Party (CPP) has an ambition to perpetuate its domination of Cambodian politics for at least another 50 years.

Of course, this survival instinct is meshed with other factors to determine the direction Cambodia adopts in the world. One is economic pragmatism, as the country seeks to sustain growth and diversify its export markets – with economic success a vital source of legitimacy for the CPP-led government. Another is multilateralism, as Cambodia continues to try to integrate itself into the region after the truma of the war years.

Yet these economic and multilateral aims have been upended by the Covid-19 crisis.

Cambodia appears to have so far managed the threat from the virus relatively well, despite initially downplaying its potential severity. Up till now, there has been no recorded community transmission, although the number of cases has spiked in recent weeks, with 248 recorded cases and no deaths, according to figures from the World Health Organisation. All of the confirmed cases since May have been imported cases as Cambodians working and studying abroad return home.

But big challenges remain. Prior to the pandemic, Cambodia’s foreign policy has received considerable media and academic attention for its increasing alignment with China, seemingly to the expense of its relations with countries in the Association of Southeast Asian Nations and other key partners such as the United States. Criticism of Cambodia’s domestic politics had also stained Cambodia’s international image. The US has imposed sanctions on Hun Sen, and the European Union has been critical of what it saw as increasing authoritarianism.

While the EU is cheered by some who make a convincing argument that Cambodia should be punished for democratic backsliding, others accuse the EU of treating Cambodia unjustly and practising double standards.

An EU decision to strip Cambodia of a tariff exemption has led to a particularly heated debate. Europe is a key export market for Cambodia, but the EU decision to withdraw its “Everything But Arms” trade scheme, set to take effect from 12 August, will carry a heavy price. While the EU is cheered by some who make a convincing argument that Cambodia should be punished for democratic backsliding, others accuse the EU of treating Cambodia unjustly and practising double standards, given it has signed a free trade agreement with communist states such as Vietnam.

Some analysts have also rightly warned the suspension of the trade scheme, albeit a partial withdrawal, is likely to force Cambodia to further embrace China in order to sustain economic growth. Just last month, Phnom Penh and Beijing finalised a free trade agreement allowing duty-free trade in hundreds of products between the two countries. Although the trade deal appears to benefit China more than Cambodia, given the unbalanced trade volumes and Cambodia’s trade deficit, the agreement nonetheless shores up an export market just as the EU partial ban comes into effect.

Cambodia’s government has a vision to become an upper middle-income country in the next decade. Yet allowing the country to be caught in the middle of great power competition will not advance this ambition. Instead, the Cambodian government needs to convincingly demonstrate the principles of “permanent neutrality and non-alignment” as enshrined in its constitution. That means reaching out to many partners, driven by multilateralism. The regime’s survival might just depend on it.

Previous Article
Chinese dams and the Mekong drought
Next Article
US in Southeast Asia: Democracy is (sort of) out, deterrence is in

In 1993 the international community allowed Hun Sen to remain the dominant political force, as he still is today.
James Goldrick 11 Oct 2017 11:41

Hard questions must be asked about the future of the Royal Navy and the totality of Britain’s force structure.
Nic Maclellan 5 Dec 2017 16:29

Dodging the hard questions in the Pacific

Where Australia leads, Pacific island nations may not want to follow.