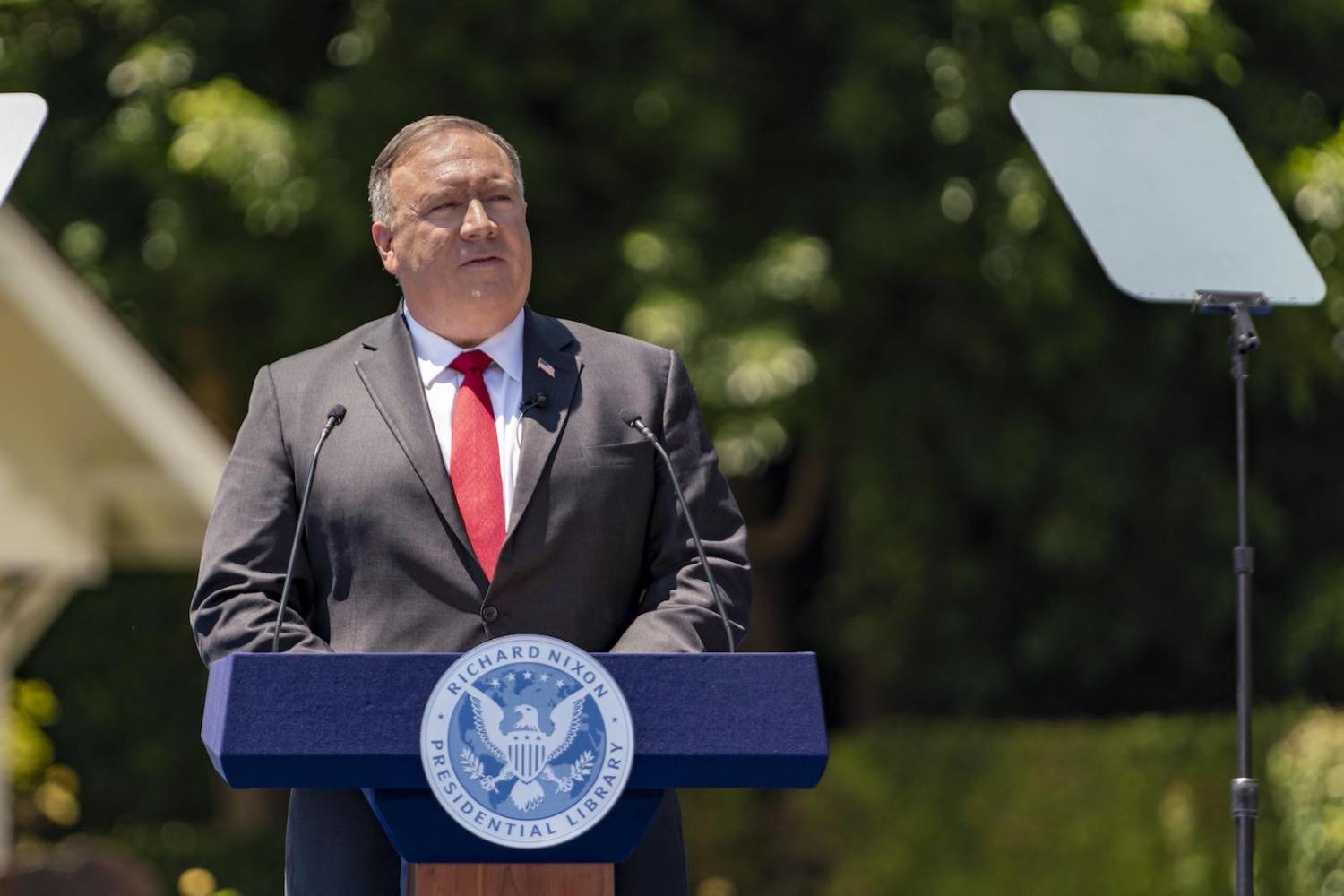 Speaking last month at the Richard Nixon Presidential Library, US Secretary of State Mike Pompeo said that while the late president did what he thought best for the American people in his historic rapprochement with China in 1972, a line has to be drawn in the sand between “freedom and tyranny”. The China challenge, he argued, demands exertion and energy from democracies across the globe, especially those in the Indo-Pacific.

Twelve days earlier, his defence counterpart Mark Esper was more nuanced in his prescriptions for the Indo-Pacific. Asked at a 11 July webinar as to what the US “shared values” for the Indo-Pacific are, given that demoractic freedoms in US allies such as Thailand and the Philippines have been curtailed recently. Esper stressed American democratic values – human rights, individual freedoms and freedom of the press – but said he did not want to “get into politics abroad”. Instead, he called for a regional network of states that would consult diplomatically and work to uphold the rules-based regional order.

It is true that China’s regional assertiveness, particularly in the South China Sea, has undermined regional stability.

That said, Pompeo’s gambit to draw the line between democracies and authoritarian states such as China will not fly. As the Brookings Institute’s Thomas Wright argues, Pompeo’s words are at odds with his actions: the US has alienated the free world and abetted the destruction of democracy at home. Speaking to China’s President Xi Jinping, US President Donald Trump is said to have condoned concentration camps in Xinjiang and ignored repression in Hong Kong.

Even if the US is concerned about using the aegis of democracy to confront China, it will be no-go, particularly for Southeast Asian countries who are more concerned about leveraging on Chinese economy growth and avoid making choices between China and the US.

Even if the proposed “Group of 10” democracies concept takes off, it is hard to see Asian democracies such as South Korea and Japan cooperating with the US on “broad foreign policy questions” vis-à-vis China, or see the Association of Southeast Asian Nations take advice, much less instructions, from such a G10.

ASEAN, which has traditionally been leery of talking up issues of democracy, particularly in its approach to China, has also seen an illiberal turn in its members, from crackdowns in Cambodia, the use of constitutional reform to consolidate the military’s influence in Thailand and increasing violence in the Philippines. It would be a stretch for ASEAN members to march to the beat of Pompeo’s democracy drums.

China’s Belt and Road Initiative, which has been derided by the US as predatory economics, is addressing a real felt need in the region in terms of infrastructure. And despite US opposition to Huawei, many Southeast Asian countries such as Malaysia, Thailand and the Philippines are adopting Huawei technologies for their 5G networks.

China has not been shy of using economic coercion to bully its smaller neighbours. Vietnam, for example, cancelled oil and gas exploration contracts with foreign firms in the South China Sea, reportedly under pressure from China. Through its $6 billion investment in Brunei’s oil refineries and infrastructure, China has managed to buy the silence of the South China Sea claimant. This is why Esper’s formulation of a coalition of the willing, broadly under the name of the rules-based order, will go further.

First, it would help that the US do more in the regional infrastructure stakes. Between 2009 and 2016, China overtook Japan as the region’s biggest bilateral financer of infrastructure projects ­– at $42 billion versus $37 billion. Australia and the US hardly register on the radar – at $1.8 billion and $1.1 billion respectively.

Third, US attempts to push back at China in the South China Sea is reaping dividends. Pompeo’s 13 July statement that China’s South China Sea activities are “unlawful” is a significant shift. So are the US deployments of a US Navy expeditionary strike group in the vicinity of the West Capella, a Petronas-contracted exploration ship which came under pressure from Chinese ships in the South China Sea in April.

The US actions have already sparked similar actions in the region, putting China on notice. India is reported to have finally agreed to admit the Australian navy to its Malabar exercises (which involve the US, Indian and Japanese navies). Australia has flatly rejected China’s martime claims in the South China Sea. And ASEAN claimant states such as Malaysia, the Philippines and Vietnam have in various notes verbale to the UN Secretary-General stressed the importance of the UN Convention on the Law of the Sea as interpreted by the 2016 arbitral tribunal on the South China Sea (which China rejects).

In short, it would be a lonely corner for the US if Pompeo went down the democracy route. Esper’s deterrence by denial formulation looks set to win more friends and influence people.

Previous Article
Cambodia: Hard choices
Next Article
China is overturning the rules-based order from within

The war in Ukraine is pushing Central Asia away from Russia

Russia’s invasion has unified the West with new clarity, yet exposed ambiguity and uncertainty in Southeast Asia.
Kelsey Munro 7 Feb 2019 06:00

Is Australia stepping up pushback against Beijing? And why is China worried about economic bad views?