China’s law on conscription under revision

An emphasis on second enlistments suggests not enough young people are volunteering to meet recruitment quotas. 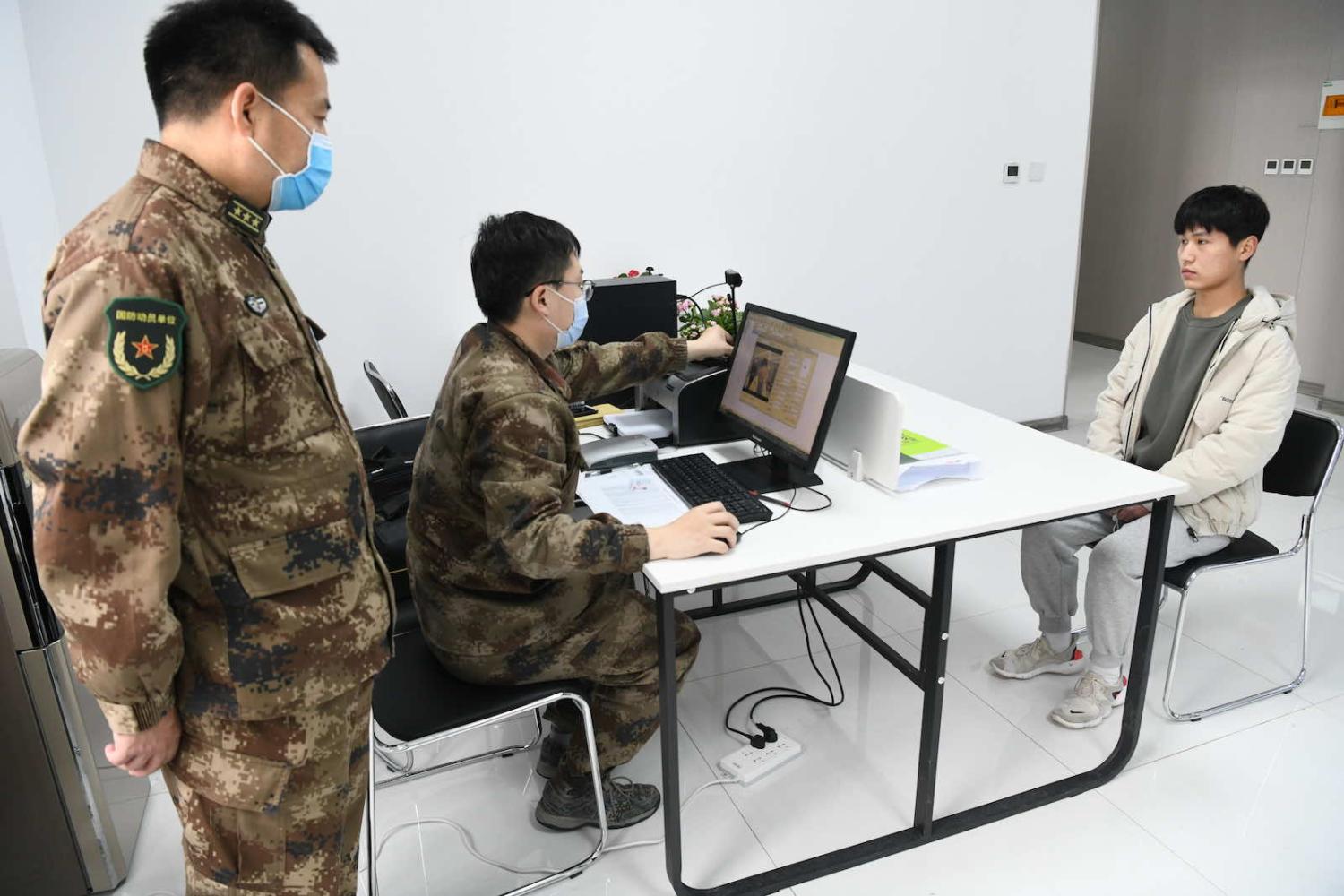 Last December the Chinese government released its updated National Defence Law in order to rectify the law with changes in the organisation, structure and missions of the Chinese armed forces undertaken over the past two decades, especially those resulting from force-wide reforms initiated on 31 December 2015.

Beijing has just announced the national conscription law, last amended in 2001, is undergoing a similar process. Last week a draft was published for public comment. Like the National Defence Law, the new draft is updated for recent developments in the Chinese armed forces and the country as a whole, particularly advances in information technology and population shifts. The review period extends until 2 August, after which the comments will be considered, and the final product eventually released.

The draft calls for establishing an “inter-ministerial joint conference system for conscription work” intended to improve the efficiency of the system. This will formalise a system already in operation led by the Central Military Commission’s Department of National Defence Mobilization and Ministry of National Defence Recruitment/Conscription Office, which involves a total of 14 Party and government departments, including the Party’s Publicity Department and the National Development and Reform Commission. After national-level inter-agency coordination, conscription quotas for every province are sent down the military chain of command and to the local governments for execution.

China’s conscription process applies to young people eligible to enter the active-duty forces of the two million-strong People’s Liberation Army (PLA) and the People’s Armed Police (PAP), estimated at more than 500,000. Two-year conscripts are assessed to comprise about one-third of all active-duty personnel, requiring a total somewhere around 400,000 recruits to be inducted annually. In order to make it easier for young people to register, the Ministry of National Defence has created a national-level website with information and application forms.

The actual work of conscription is performed by the system of PLA local headquarters, consisting of 32 provincial-level military districts (including four large garrisons in Beijing, Tianjin, Shanghai, and Chongqing), over 300 prefecture-level headquarters known as military subdistricts or garrisons in major cities, and thousands of People’s Armed Forces Departments in counties, townships and villages, large commercial enterprises, and educational institutions. This huge number of military organisations parallels the civilian government structure, with each local PLA headquarters dual-hatted as an office of its corresponding government, both working in conjunction to meet assigned quotas.

National-level guidance and local implementation is necessary to account for the increasing number of people categorised as urban residents (versus rural) and the large number of young people attending college, all of which affect local quotas. Continuing practices implemented for many years, the updated law focuses on encouraging college students, both graduates and those still enrolled, to voluntarily enlist. College students are offered incentives to serve, and those who have not graduated may return to finish their education after their time in service.

It is likely that not all provinces and cities meet their annual conscription quotas with volunteers only. As a result, some number of young people are likely inducted against their will.

Furthermore, the draft provides additional incentives for recently demobilised personnel to volunteer for a “second enlistment” (二次入伍). Second enlistments have been reported for several years and refer to enlisted personnel who were not promoted to a higher rank, but later decided to return to service. The new draft specifies those who enlist for a second time, and meet the qualifications to be a non-commissioned officer, may be “be directly recruited as sergeants” (a general term for NCOs at the rank of corporal and higher). Another option for demobilised personnel is to enter the expanding ranks of non-active-duty contract civilians, some of whom are assigned to the system of local headquarters, responsible for conscription.

The emphasis on second enlistments suggests that insufficient numbers of young people are volunteering to meet recruitment quotas. While reports of large numbers of college students and graduates and high school graduates voluntarily entering the PLA and PAP are common, no overall national-level enlistment numbers are published consistently. It is likely that not all provinces and cities meet their annual conscription quotas with volunteers only. As a result, some number of young people, which will vary by year and location, are likely inducted against their will. Recently several examples of recruits refusing to perform their duties have been published.

The announcement of the change to the conscription law did not mention perhaps the most important development in the actual conscription process now underway. In early 2020, the PLA announced that military conscription and induction would be held twice a year, in the spring and autumn, instead of just once in autumn. The Covid-19 crisis postponed the implementation of that change, which was delayed to early 2021. The first batch of new soldiers entered basic training this year in March. They now have finished basic training and are being assigned to permanent units. The second set of recruits will enter service around September.

Twice-a-year conscription is intended to make enlistment more convenient and attract more volunteers. The details of the system have not been fully explained to the public, but the change could result in better training and higher readiness levels in the force. This development is more important to monitor in the coming year than the minutia of changes in the conscription law.

Previous Article
Afghanistan, Australia and the visa conundrum
Next Article
Sun, surf and a sandbox escape from a pandemic

Large scale liberalisation of a financial system created by a decade-long credit binge would be reckless.
Lauren A. Johnston 19 Jul 2018 12:00

Population ageing in China opens a new window for African development – and the wider world should pay attention, too.
Erin Hurley 6 May 2022 10:00