Since 'Choosing Openness' was published, Nazi sympathisers have entered the German parliament, and an anti-immigrant millennial has been elected Austrian chancellor. 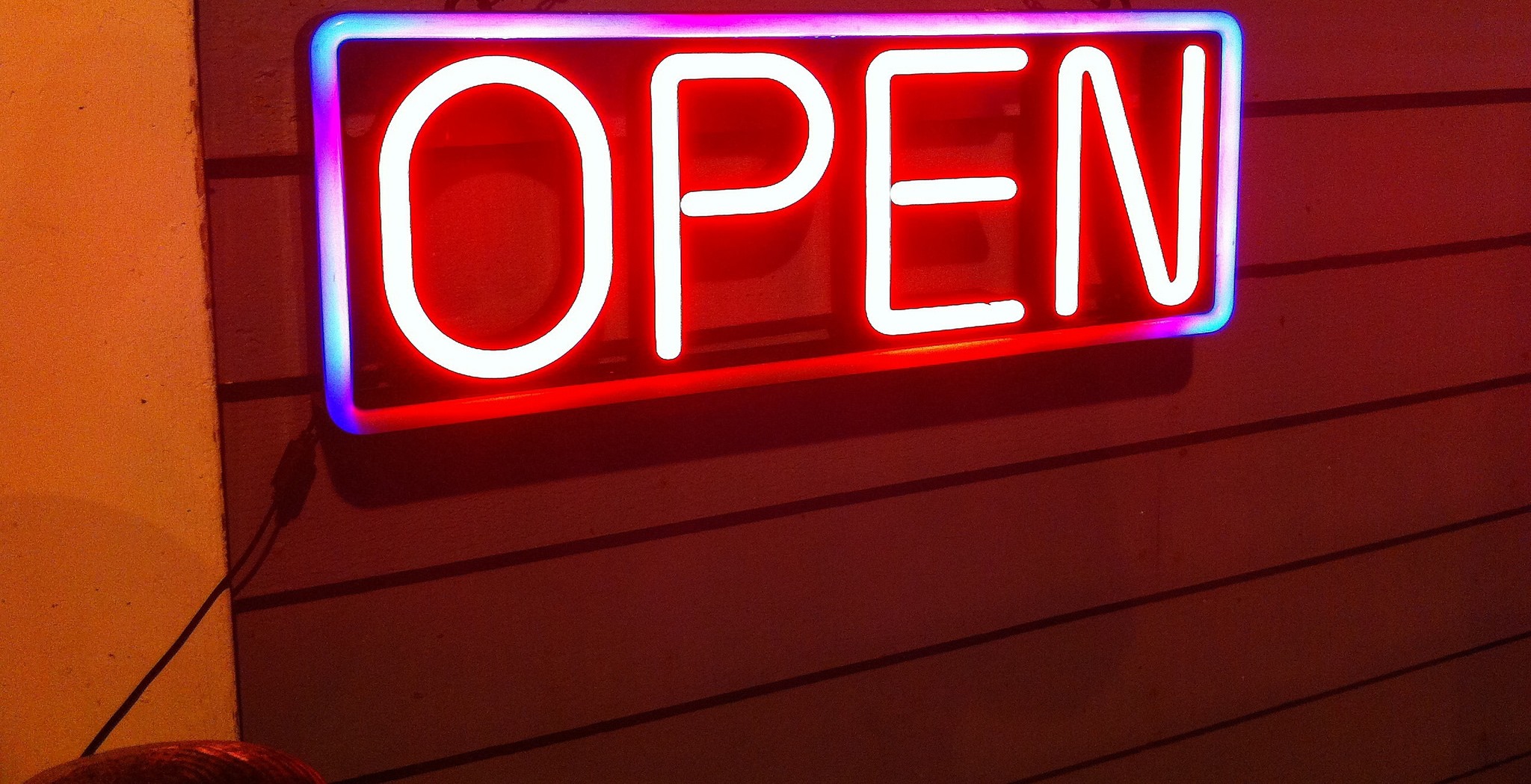 It’s been a month since Choosing Openness was published. In that time, Nazi sympathisers have entered the German parliament for the first time since 1945. An anti-immigrant millennial has been elected Austrian chancellor. And President Trump continues to fulfil has campaign pledge to bring more unpredictability to foreign policy. The world is changing fast, and the populists aren’t disappearing anytime soon.

One of the great pleasures of working with the Lowy Institute has been the chance to connect with people who know more than me about foreign policy and economics. Since Choosing Openness appeared, I have enjoyed engaging with roundtables and policy forums in Sydney, Melbourne, Brisbane and Canberra. I’m still troubled by the challenges we face from the globophobes, but heartened by the fact that a plethora of thoughtful Australians are carefully considering how to manage these political and economic challenges.

Indeed, it would be remiss of me not to mention that the past few weeks have also seen the release of my party’s FutureAsia policy. As Chris Bowen has noted, this includes initiatives to boost the number of Australians studying an Asian language, to better use the Australian diaspora, to improve Asian literacy among business leaders, and to step up our engagement with regional leaders. As Penny Wong points out, this has particular implications for our engagement with China. It is the polar opposite of a policy of ‘greed and fear’ which a former Australian prime minister once apparently advocated.

The seven contributors to my Lowy paper all bring different analytical lenses to the problem. Like Grant Wardell-Johnson, I suspect that each is a ‘xenophile’: personally valuing ethnic, racial and cultural diversity. I’d bet that all of them holds a valid passport, and enjoys travelling to new places. It’s a perspective I share, which is why I remain curious to hear from commentators who are hostile to outsiders and diversity. It would also have been helpful to have some women commenting on the paper, since the issues of immigration, trade and investment all have gendered implications for society.

One criticism of the paper, raised by Richard Holden, is that its proposals to address populism must be wary of tinkering on the edges while the centre burns. As Professor Holden puts it, ‘There is a battle of ideas raging that arguably requires a bold call to arms, not a series of technocratic innovations. Leigh leaves me wondering if, while we rewrite Australia’s foreign investment review process, a Le Pen type will capture a chunk of the Australian public by appealing to its gut rather than its mind.’

A similar critique was expressed in a review in the Westpac Wire by Macgregor Duncan, who argues that technocratic leadership has lost the trust of Australians: ‘We have established a new Brahmin class, which is disconnected from, and often patronising toward, fellow citizens. Mr Trump’s supporters were not the poorest in the US, but they nearly all shared an intense loathing for the “establishment” which they viewed as entitled and conceited. Mr Trump’s incendiary leadership was balm to this group. Responding to this challenge requires good policy, to be sure. But it will require much more than a few hosannas for openness.’

Professor Holden and Mr Duncan rightly challenge policymakers to win hearts as well as heads. It’s a task made more difficult by the fact that, as Grant Wardell-Johnson point out, hating the haters is ineffective. But the success of Trudeau and Macron does suggest that there is a way through the centre, which combines optimism, humour and energy to craft a positive vision of the gains from engagement.

Other commentators engaged with specific aspects of the paper. As Stephen Grenville notes, there are no simple answers to the issues of national security screening of foreign investment. Economists tend to support the free movement of goods, yet few favour free movement of people. What Grenville calls ‘doctrinal appeal to laissez-faire openness’ just won’t cut it. Policy responses need to recognise that rising inequality isn’t unfair; it threatens to undermine the support for open markets.

Michael Heazle and John Kane focus on what drove the resurgence of populism in the past decade. They argue that the global financial crisis represented a profound ethical failure, including by economists, and that this has been the central driver of rising populism. I have no quibble with their contention that many on Wall Street behaved badly in this period. But it’s worth recalling that the 2008 crisis wasn’t unique. One study which looked at hundreds of national elections found that over the period 1870 to 2014, extreme right-wing parties boosted their vote share by about one-third in the wake of a financial crisis. It’s a reminder that timely monetary and fiscal policy doesn’t just stabilise the macroeconomy – it can help stabilise politics too.

Was I too optimistic about the challenges, or too pessimistic? When he looks at the Lowy polling, Roland Rajah sees ‘A reasonable majority of Australians (who) think globalisation is mostly good, are in favour of free trade, think immigration is about right or if anything too low, and see China mostly as an economic partner rather than a military threat. Attitudes to foreign investment are the least positive, but still doesn’t rank as a top concern.’ I admire his optimism, but I’m not sure we learn much from polling questions about globalisation (a term that means many things to different audiences). Nor do I think we can be sanguine about the fact that concerns over foreign investment don’t outrank climate change and terrorism. When the conversation turns to foreign investment, most Australians take a negative view. Unless policymakers are honest about the fact that one-ninth of all investment comes from foreigners, this debate risks going off the rails.

Conversely, John Edwards worries about the risks to Australia of getting migration policy wrong. As he notes, ‘The want of low paying jobs combined with reasonably high welfare payments would be a poisonous combination for any considerable low-skill, non-English speaking migration.’ When Edwards writes warmly of his experience at the Malek Fahd Islamic School, it reminded me of the kind reception I received earlier this month when speaking at the opening of the Gungahlin Mosque. But not everyone feels the same way, and perhaps Edwards is right to worry that a future Australian demagogue might copy the slogans used by the European far-right, like the ‘Bikinis not Burqas’ posters that I saw on the streets of Berlin ahead of the recent German election.

Finally, Sam Roggeveen contends that the central driver of rising populism is the decline in mainstream centrist parties. I mentioned this in Choosing Openness, but Roggeveen mounts a strong argument that it is the central development in modern politics. As he puts it, ‘traditional political parties, formed in the era of large-scale unionism and widespread religious observance, are declining because they no longer represent a definable social and economic base’.

That’s a big challenge to a party guy like myself. It’s certainly correct to say that the Australian Labor Party was forged from the union movement, and that our opponents’ chief raison d’etre is to oppose us. But the modern Labor Party today does much more than represent industrial interests. We campaign for gender equity, environmental sustainability, better schools and accessible health care. Labor’s founders would never have imagined their party’s strong support for marriage equality, a non-discriminatory immigration policy, Closing the Gap and family violence leave. Declining union membership is a significant problem for Australia – accounting for perhaps one-third of the increase in inequality - but its implications are more economic than political.

In a world of Netflix, Twitter and YouTube, writers owe more gratitude to their readers than ever before. To paraphrase what some airlines say upon landing, I know that you have a choice in what to read. Thanks again to all those who have chosen to open Choosing Openness, and thoughtfully engaged with its contents.