Climate change: governance on the highway to hell

If wealthy states can’t agree on compensating the world’s most environmentally ravaged, things are looking grim. 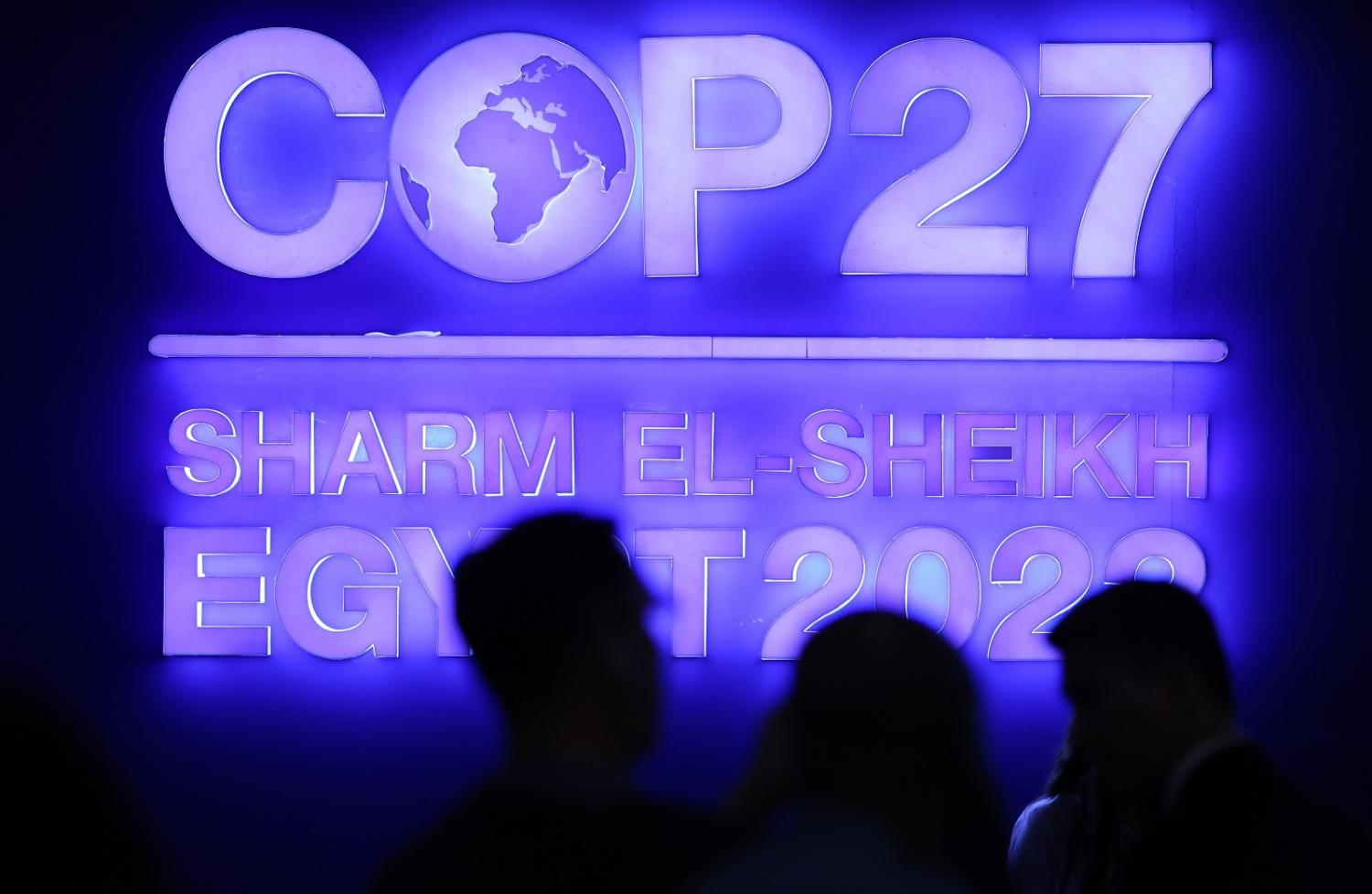 Global governance risks becoming the defining oxymoron of our times. As the world lurches from one crisis to the next, our collective inability to deal with a concatenation of economic, military and climate challenges induces despair – especially among the young who will be travelling on the “highway to climate hell” for the rest of their lives.

Unfortunately, COP 27 – the UN’s framework convention on climate change currently being held in Egypt – is providing a masterclass in how not to do collective action. Even before the latest iteration of the global elite’s attempts to address climate change began, it was nearly derailed by a dispute over the agenda: should the world’s poorest, most environmentally ravaged states, which have done least to create the problem of global warming, be compensated by the wealthy states that have been principally responsible for stuffing things up?

One might be forgiven for thinking that given the stakes, money would be no object to action. One would be wrong.

If we can’t agree on that, we really might as well give up. Without assistance, the poorest countries will do well to survive, let alone prosper. Indeed, no state is going to fulfill the dream – either the American or Chinese varieties – of endless prosperity and ever-rising living standards. The best we can hope for, it seems, is avoiding civilizational collapse.

One might be forgiven for thinking that given the stakes, money would be no object to action. One would be wrong. The wealthy states have failed to fulfill a pledge made in 2009 to stump up a relatively measly $100 billion per year by 2020 to help developing nations deal with the impact of climate change.

To put this in perspective, windfall profits for oil companies reached nearly $300 billion this year. Even the Australian government managed to find (at least) a spare $170 billion for new nuclear submarines. Without needing to get into arcane debates about deterrence or fiscal policy, there is – or should be – a moral question about how we use and distribute scarce resources that extends beyond arbitrarily demarcated borders.

The reality is, of course, that national interests continue to trump the global variety, even at a time when the fate of states seems more intertwined than ever. The good news, such as it is, may be that at least some areas of collective action and human endeavour attract the attention and the resources of the movers and shakers in the rich world.

The G20, which has its annual summit in Bali next week, will bring together many of the leaders of the world’s most powerful and wealthy states. Unlike the COP gatherings, the G20 has a demonstrated track record of effective action when its members’ interests are at stake. The response to the global financial crisis of 2009 was its finest hour, but G20 members also managed to rustle up $11 trillion to combat the economic impact of Covid.

A trillion here and a trillion there, and pretty soon we’re talking about serious money. The question is whether this astounding ability to mobilise economic resources is best used to underwrite endless growth in the “global north”, which is the source of the global climate catastrophe, of course. Either way, the poor and powerless are notable absentees at the G20, so their voices are unlikely to be heard, much less drive the collective policy decisions of this potentially useful grouping.

We are already at the stage where drastic, immediate, unpalatable action is required if the worst impacts of climate change are to be kept within survivable limits.

For better or worse, however, it will be the members of the G20 acting together or – more likely – individually that will decide our collective fate. Between them, they are responsible for around 80 per cent of global CO2 emissions and GDP. Whatever they do or don’t do will have enormous consequences and determine whether averting the “climate apocalypse” is even possible.

In theory, the fact that the G20 is a smaller grouping could be an advantage when it comes to acting: consensus may be easier to achieve, even if it’s not one that the rest of humanity might enthusiastically embrace. But we are already at the stage where drastic, immediate, unpalatable action is required if the worst impacts of climate change are to be kept within survivable limits.

Even in the best of times, this would be a formidable challenge. But these are unambiguously not the best of times. In addition to a looming environmental catastrophe, plagues and famine, we have an entirely pointless and avoidable war in Ukraine, and an intensifying competition between democracies and autocracies. Any possibility of getting even 20 countries to agree on how to tackle the greatest collective action problem humanity has ever faced under such circumstances looks implausible, to put it delicately.

If our leaders – whether elected or unelected – cannot even agree on what is the greatest threat to our long-term collective security, maybe we need some new ones. Perhaps the only hope is that young people around the world will realise that they have more in common with each other than they do with the people who make policies in their name. In an age of wonders, perhaps Iran’s incredibly brave and inspiring protestors will keep optimism alive for a bit longer, at least.

Previous Article
How China, India and Bangladesh could be drawn into Myanmar’s conflict
Next Article
Countdown to Asia’s summit season

Ten years after the GFC, are we safe?

The tirelessly ingenious financial sector will find new ways of getting into trouble.
Robert Ayson 5 Dec 2016 15:29