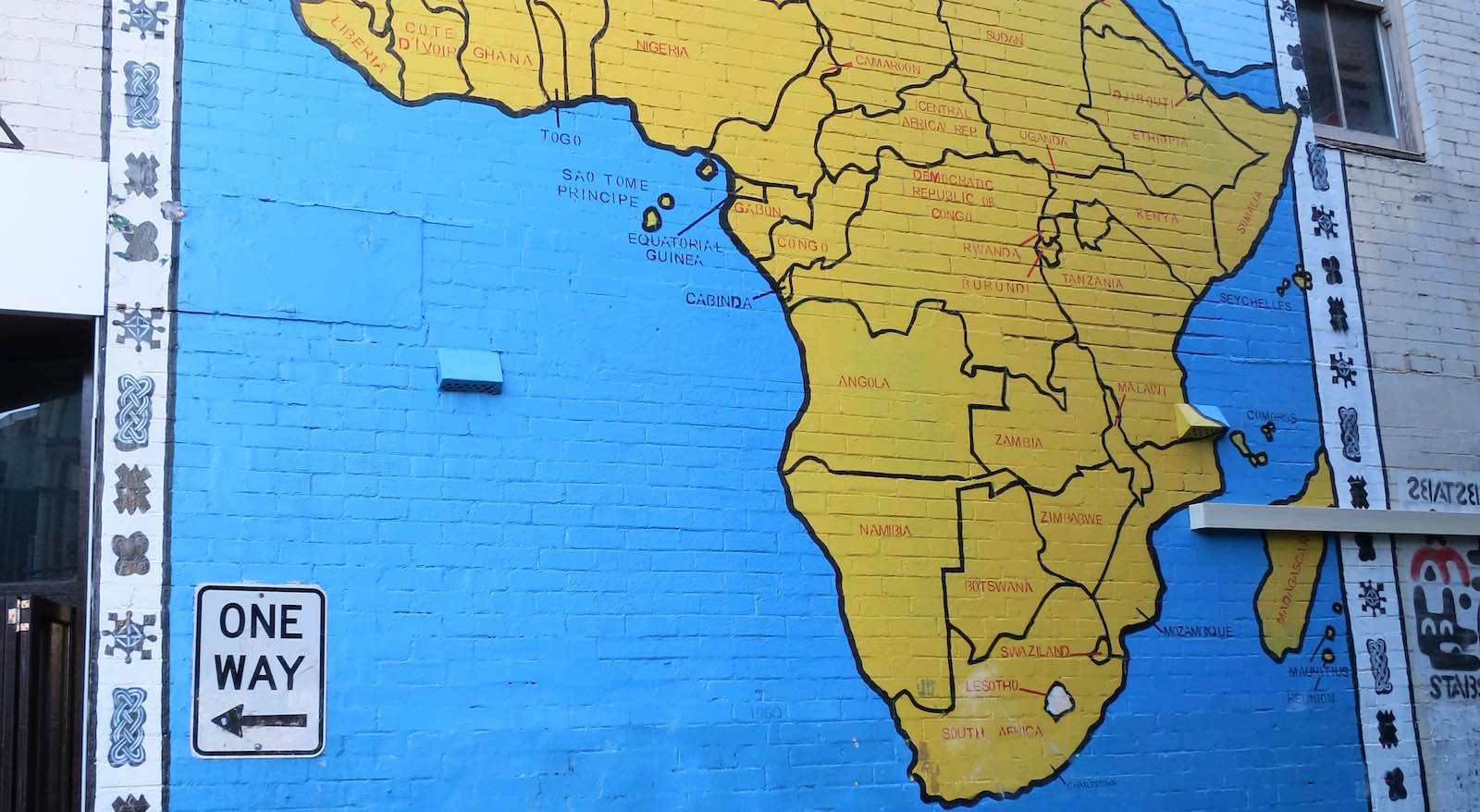 President Donald Trump’s national security advisor John Bolton outlined the US administration’s new Africa strategy in a speech last week at the Heritage Foundation, a conservative think tank in Washington, DC. The main tenets of the strategy, including the prioritisation of trade and investment, combatting of terrorism, and better-targeting of US foreign aid in Africa, are on the whole sensible. The US has already increased the promotion of private sector engagements in Africa as a key lever for development and should continue to support US investment in Africa.

Unfortunately, the positive aspects of the strategy were a little lost in the speech because the new US Africa strategy is not really about Africa. It’s about China.

According to Bolton, the greatest threat to the US in Africa comes not from migration or extremism, but from China (and to a lesser extent, Russia). Through its “corrupt” and “predatory” business practices on the continent, China is “deliberately and aggressively” targeting its investments to gain a competitive advantage over the United States. This saddles African governments with debt, harming their long-term development prospects and undercutting their sovereignty. As a result, the US would “encourage African leaders to choose sustainable foreign investments that help states become self-reliant, unlike those offered by China that impose undue costs”.

Asking developing countries to choose between China and the US is a bad idea.

The speech suggests that China hardliners have won the Washington policy debate over how to respond to China’s growing influence in Africa. Over the past year, the US government has been framing the differences between US and Chinese models for development assistance as “offering a clear choice for nations around the world”, despite insiders cautioning against such a black and white perspective. In its most extreme form, such a policy would require developing countries to choose between receiving US or Chinese development assistance, harkening back to the Cold War days when Africa’s leaders had to strategically align themselves with the US or communist countries. Bolton’s speech falls just short of asking African countries to do that, but the message is there.

Clearly, asking developing countries to choose between China and the US is a bad idea.

In the immediate term, seeing Chinese activities in Africa only through the prism of competition unravels decades of work by US diplomats to improve relations with China in a “safe” area of foreign policy. In 2015, the US and China signed a Memorandum of Understanding (MOU) on Development Cooperation that identified sectors for greater collaboration between the two countries on development issues. China and the US consequently worked together on disaster response and preparedness and the establishment of a Centres for Disease Control and Prevention at the African Union. Crucially, the development MOU enlarged the space for dialogue and provided political cover for US and Chinese working-level officials to communicate more openly with each other and explore potential areas for cooperation.

More broadly, isolating China will further encourage China to forge its own path outside of Western norms and institutions that seek to promote high standards of transparency, accountability, and respect for human rights in relations with African countries. China’s foreign policy is becoming more aggressive, and its foreign aid policy in Africa more strategic. This became clear with the launching of the Asian Infrastructure Investment Bank (AIIB) and Belt and Road Initiative (BRI) in 2013 and creation of an independent Chinese foreign aid agency in April 2018. The US already missed an important chance to influence Chinese development activities by declining to join the AIIB, despite lobbying to do so by diplomats.

The policy is also too little, too late, and asking countries to choose between the US or China could backfire. If African countries select the Chinese model under American duress, which is possible, it would create an even bigger vacuum of US power in Africa and weaken its ability to put pressure on developing country governments to be more accountable to the needs of their citizens. It might even drive African countries further towards China.

Instead of being confrontational, recognising China as a legitimate actor in Africa whose engagements can also have positive impacts, for example in addressing Africa’s massive infrastructure gap, would give the US more leverage to criticise those aspects of China’s approach that deserve to be critiqued, and foster more creative thinking about how to engage or compete with it.

For example, the US could focus on building African government capacity to negotiate better deals with the Chinese or more effectively manage their incoming funding flows. Currently, donor coordination maps produced by the US to support developing country governments in managing aid inflows and projects from donor countries don’t include Chinese investment activities or projects because they don’t correspond to the US definition of what constitutes development aid.

A development project intended to help farmers bring their goods to markets would surely benefit from a new road being financed by China connecting that farmer’s village to the next big marketplace or to the port across the country. Developing country governments need a more holistic picture of foreign actors and activities in their countries to better determine national development strategies, not one-dimensional, “either-or” scenarios.

Perhaps most egregiously, in focusing so much on China, the new US Africa strategy implicitly treats African countries like pawns in another great power rivalry. This undermines both African agency and the very values that can make US engagement a formidable force for good on the continent. A US Africa strategy should focus on US-Africa relations, not on China-Africa relations.

Show Comments
Previous Article
What I missed this year: America pushes back
Next Article
Stepping up on Pacific infrastructure