The Morrison government’s Pacific “Step Up” will stumble before it starts unless global warming is taken seriously. 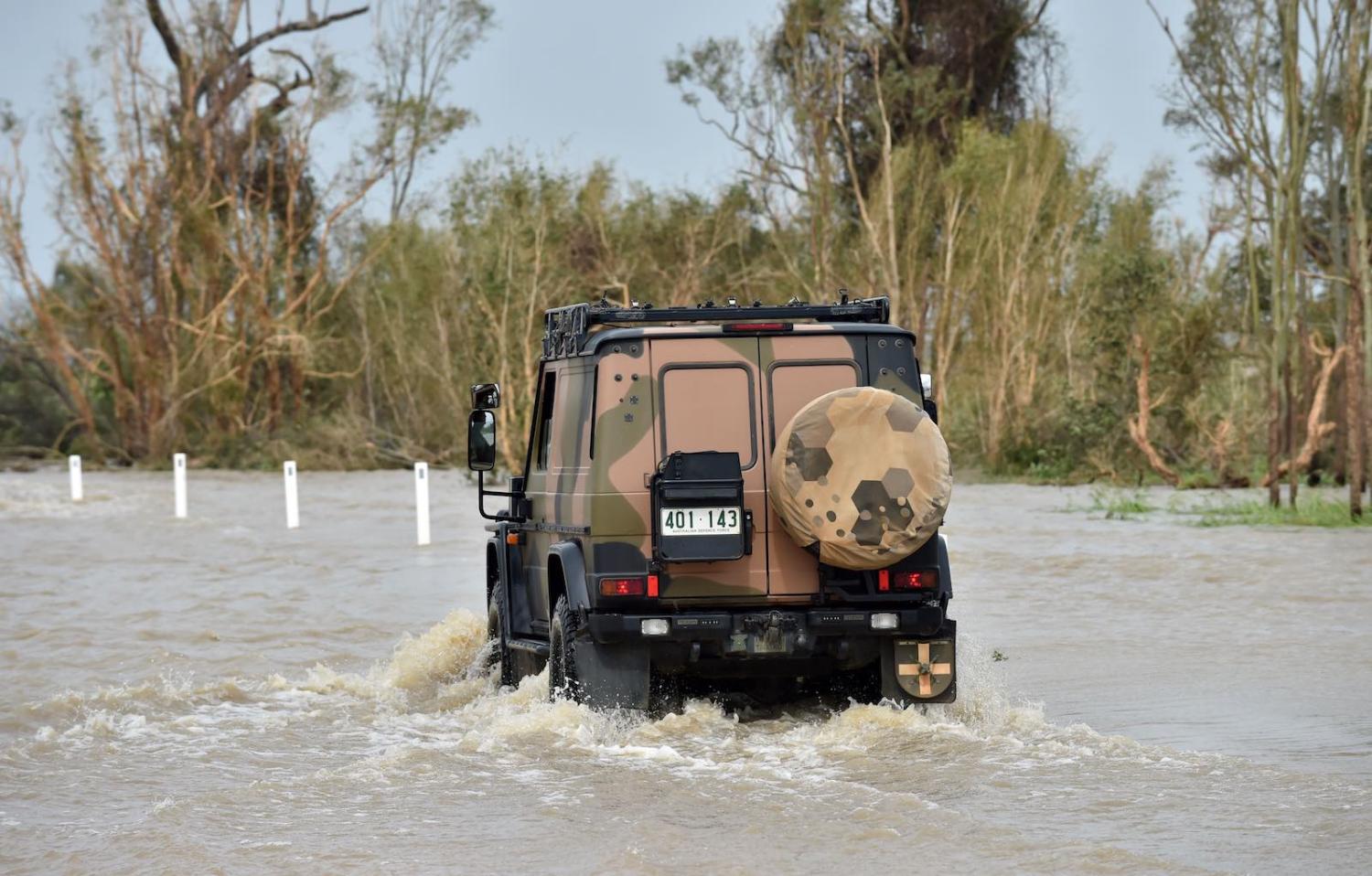 If only a minister of the Morrison government would be as forthright in identifying climate change as a massive destabilising force in Australia’s region as the Chief of the Defence Force Angus Campbell has been.

In a private speech in Bowral in June, General Campbell is reported to have sounded a clear warning that climate change and Australia’s national security are inextricably linked. We live in the most disaster-prone region in the world – he is reported to have said – and a further rise in global temperatures would likely put more pressure on the Australian Defence Force’s ability to respond.

Since that White Paper the ADF has supported disaster relief missions in Fiji, Tonga, Papua New Guinea, Indonesia and New Zealand, as well as in Queensland and the Northern Territory following cyclones, and New South Wales and South Australia following floods. Those missions involve thousands of troops at a time, some times more than Australia deployed at the height of our involvement in Afghanistan. For example, we sent 1,000 troops to support Operation Fiji Assist, about 1,600 to help after Cyclone Debbie hit Queensland, and close to 3,000 to help North Queensland clean up after floods earlier this year.

Disaster relief takes resources. Indeed, the largest vessels our Navy has ever deployed – HMAS Adelaide and HMAS Canberra – are more often likely to be contributing to humanitarian missions in response to climate-related disasters than fulfilling a traditional combat role.

General Campbell reportedly reiterated what Pacific leaders have been telling us for years – that climate change is a threat to their very existence, and they are looking to Australia to do more. Through loss of land, undermined economies, and threatened sustainability, an influx of climate refugees from affected islands would be a humanitarian disaster that could destabilise the region.

As early as 2007, then senior Papua New Guinean diplomat Robert Aisi, representing the Pacific Islands Forum, told the United Nations Security Council that Pacific islands were already impacted by climate change. Aisi spoke about how Cyclone Heta had left one-fifth of the population of Niue homeless in 2004. How the Cook Islands had experienced five cyclones in one month when previously they were uncommon. How PNG was experiencing more malaria and dengue fever. And how rising sea temperatures and winds were expected to push major tuna stocks westwards, causing economic problems. He said:

the impact of climate change on small islands was no less threatening than the dangers guns and bombs posed to large nations.

Leaders from Fiji and the Solomon Islands have made similar pleas. And as recently as last month, New Zealand Foreign Minister Winton Peters said that any country that wanted to “step up” in the Pacific needed to take climate change concerns seriously.

It is not that climate change itself causes conflict, but it puts pressure on natural resources, on the security of land, water, health and food which are critical to human survival.

In the US, the military understands the risk climate change poses to security. US military combatant commands are integrating climate-related impacts into their planning cycles. They are doing this because the Pentagon understands that climate change will “aggravate problems such as poverty, social tensions, environmental degradation, ineffectual leadership and weak political institutions that threaten stability in a number of countries”.

In April, the US Air Force Chief of Staff General David L. Goldfein, cited the conflict in Syria as an example of how climate change’s impact is already destabilising some nations. “Most don’t remember what caused the Syria conflict to start,” he told a Senate Armed Forces Committee. “It started because of a 10-year drought.”

It is not that climate change itself causes conflict, but it puts pressure on natural resources, on the security of land, water, health and food which are critical to human survival.

The Pacific is a foreign policy priority for the Morrison government, yet its “Step Up” in the region, important as it is, is being undermined by the Government’s inaction on climate change.

The Pacific Islands Forum’s Boe Declaration, signed last year, identified climate change as the number one existential threat to the region, yet it’s well known that the Australian government did everything it could to seek to water down that declaration. In diplomatic forums in the Pacific, Australia is seen to be acting to remove words around climate change from communiques and negotiating positions. This undermines the entire region’s attempts to adapt to climate change, and would appear to undermine what General Campbell says is the ADF’s position, in that they have been preparing for the impact of climate change “for years”.

Recently Prime Minister Scott Morrison and Papua New Guinea’s Prime Minister James Marape agreed to work towards elevating the relationship between our countries to the status of a Comprehensive Strategic and Economic Partnership, a move which Labor welcomes.

But without adequate development funding and without addressing climate change, the Morrison Government’s Pacific Step Up stumbles before it starts.

Why now, after resisting membership for more than 20 years, has Malaysia decided to ratify the Rome Statute?
Sian Troath 20 Jun 2018 12:00

Winning a seat at the premier UN forum is a chance to see Southeast Asian issues on the world agenda.
Mark Beeson 9 Jan 2020 12:00

Climate leadership: An idea whose time has come?

The Canberra Bubble seems to stifle good ideas, so the challenge for citizens make our leaders take security seriously.