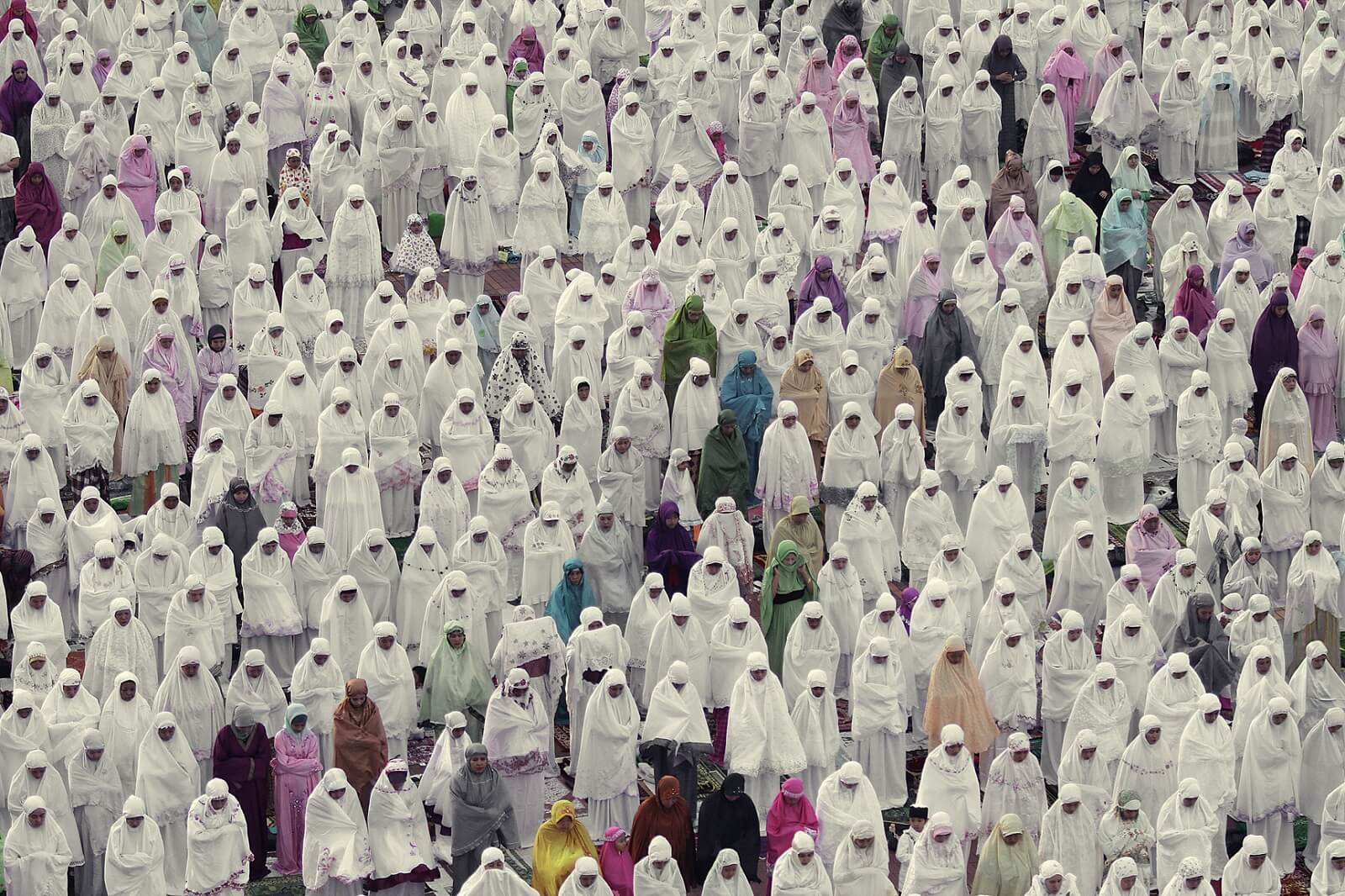 What are we to make of the relationship between religion and politics in Indonesia? Is Indonesia becoming more intolerant, or is intolerance becoming a more politically mainstream tactic?

Following the mass rallies against then Jakarta Governor Basuki “Ahok” Tjahaja Purnama in late 2016, and his subsequent conviction and imprisonment for blasphemy in 2017, it seemed that Islamic-inspired mobilisations and exclusivist politics would become a primary feature of a more confrontational and less democratic Indonesian politics.

This has yet to fully come to pass, however, and it is an open question whether such tactics will be successful in elections later this month, or during the 2019 general elections.

I discussed these issues with Asia Foundation Country Representative to Indonesia Sandra Hamid and Habibie Center Executive Director Rahimah “Ima” Abdulrahim during a series of events in Sydney, Canberra, and Melbourne during 22–24 May. These events and their visit were generously supported by a grant from the Australia-Indonesia Institute.

Throughout the discussions, the panellists emphasised the importance of thinking about these issues in nuanced, evidence-driven ways. Sandra Hamid cautioned against interpolating too much from the scale of the anti-Ahok mobilisations:

The different conclusion is that this is going to be the feature of all elections in Indonesia, and this is not necessarily true either … In some areas it is already very clear that [those promoting sectarian politics] are not gaining ground. In [the June 2018 gubernatorial election in] Central Java, for example, Ganjar [Pranowo] is still very high [in opinion polls] compared with [his opponent] Sudirman Said, who is clearly using the same tactics. It is not as simple as that, and to see that as the barometer [of whether] Indonesians have gone into a dangerously intolerant movement – that is not useful.

Ima Abdulrahim agreed, arguing that there were a variety of factors at play in Jakarta during late 2016:

You had a lot of people that came to the rally not really because of hatred of Ahok, but because their neighbour invited them. How they were invited was [with the question], ‘Do you love Islam, and do you love the Quran?’, and they went there because of that and not because of being anti-others, but because they wanted to show their love for their religion. I have spoken to people who went because it was a nice day for a picnic. Some were from small businesses whose owners support this and who told them to take the day off and go to the rally. You had a mixture of a lot of things, and definitely it is not an indication of what is happening. We have this habit of looking at intolerance as a Muslim/non-Muslim issue, but the issue of race is often overlooked in the recent discussions.

In the wake of these events, the government has sometimes chosen to present intolerance as a matter of poverty and inequality, but as Hamid pointed out, much evidence suggests that intolerant views are mostly on the rise among middle-class citizens:

What can Jokowi say? Blaming the economy is the easiest thing to do, but we know there are so many other things. How about the quality of Indonesian education, that we know does not promote critical thinking? You can graduate from university and have an important position in a company, and these are the people that are captured in the surveys as the middle-class people that hold intolerant views. One of the things is education, it is not only about poverty. They may be educated, but not really.

This also creates challenges for how to respond, as heavy-handed responses to intolerance, especially in a democratic society, risk alienating citizens on both sides. As Hamid described, with respect to a government-led effort to compile and publicise a list of approved preachers:

This is really in the eye of the beholder … the ones that are actually promoting intolerance are using hate speech to mobilise people, and the government hasn’t done anything vis-à-vis them, they are actually happy to see a more involved [government] and decisive decisions [made by the government]. I’ll give you an example. The Ministry of Religious Affairs issued a list of preachers that they think are good preachers. How do you have good preachers? These are the safe preachers. And then, of course, the other side gives a list: ‘These are the popular preachers that didn’t make it to the list’. And others would say, ‘Yes, these are the people that didn’t make it to the list because they are radicals’. But, what [should be] the government’s role? What are the parameters for a certain preacher [to not make the list]?

Across the events, the question of the government’s role in responding to hate speech and intolerance was an issue of spirited debate, with the panellists presenting different perspectives. Abdulrahim, while criticising the current approach, did believe there was a government role for transparency and certification:

On this question of certification of [religious leaders], for me it is not that you have to have a license to preach, but [that the certification can act] as an education and public awareness [tool, indicating] this ulema has a background in religious affairs and has the credentials to speak.

They have just released a list of 200 names that they consider good. And, again, that criteria of ‘good’ is sketchy. But, when the list came out, those that from our perspective are preaching intolerance, they see themselves now as victims, as marginalised. So, they say, ‘See, this is what the government [has done]’. And that is how they are trying to build influence and gather more supporters – by playing victim. Actually, a lot of the radical groups are now using democratic tools to say, ‘We are the ones being marginalised’. Again, this is why President Jokowi is [portrayed] as anti-Islam. The banning of Hizbut ut-Tahrir was seen as something [akin to] victimising Islam. So, heavy-handed responses are something we cannot use, because then you have a very fine line of who is actually in the right, and who is good and who is bad, and who ends up on the list.

My idea is something that is transparent, and not saying good or bad, but knowing where a person is coming from … whether they were in pesantren [boarding school] X, Y, or Z, where they went to university. My concern is how ‘fake ulema’ target upper middle-class women’s study circles. They are charming, and they can recite a few verses, but then when they speak it does not come from authority, and actually they are spewing something that is contrary to the teachings of Islam. A certification mechanism that is transparent and accountable, not saying who is good and who bad, but so that people who want to hire someone to come and speak to their group can know what their credentials are. We do that for our teachers, why can’t we do that for the people who are teaching us moral values?

(Passages have been paraphrased and edited for clarity and structure. Discussions on the same topic across two events have been combined.)