North Korea: beyond an all-or-nothing ultimatum

South Korean, Japanese, and Western elites have painted themselves into a corner on complete, verifiable, irreversible nuclear disarmament. 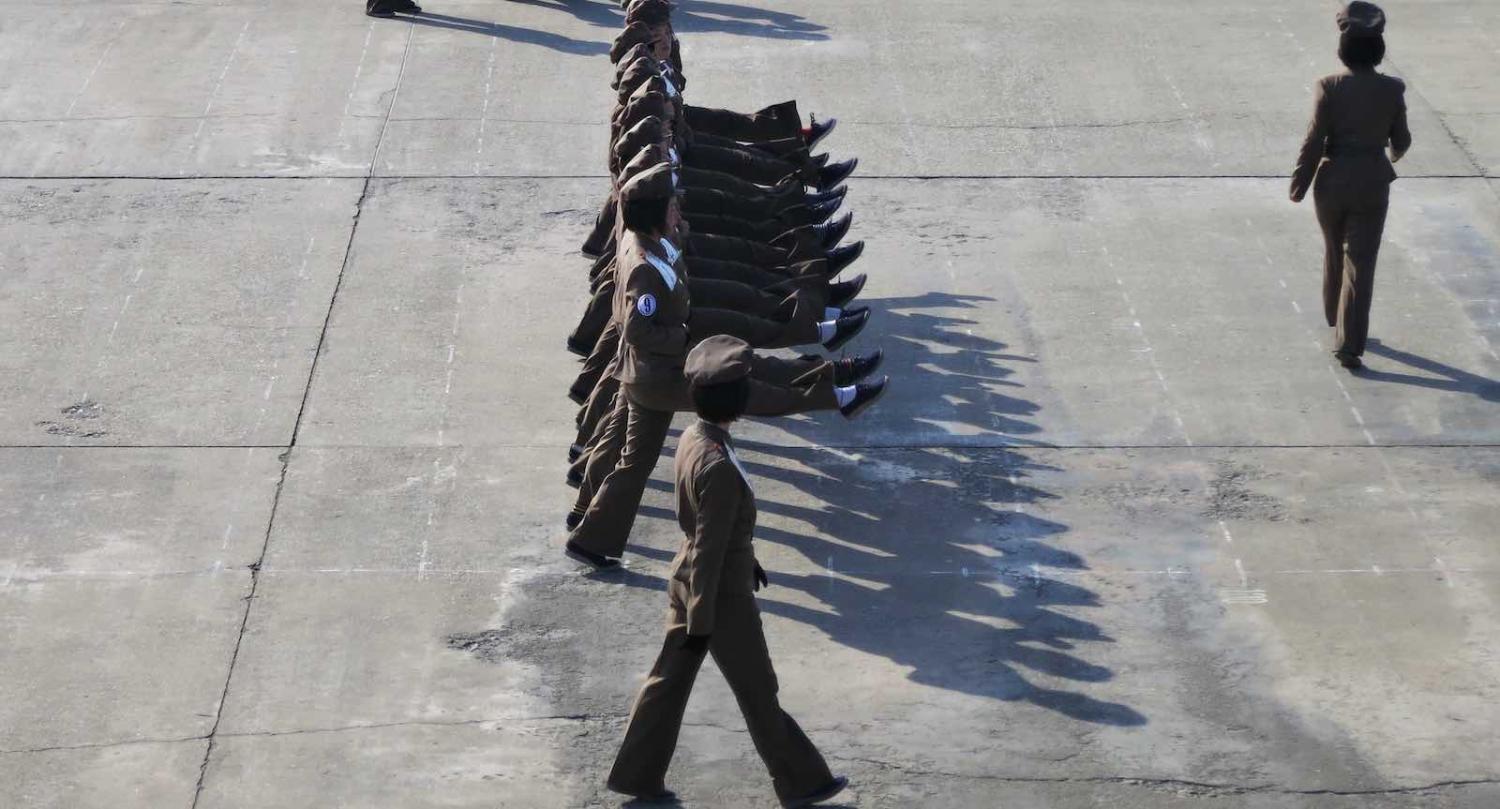 Unsurprisingly, North Korea played a major role at the Shangri-La Dialogue in Singapore over the weekend, as the focus of the event’s second main panel, and cropped up in discussion throughout.

North Korea, of course, did not attend, and China lamentably insists on sending only mid-level People’s Liberation Army staff to the Dialogue, so the formal governmental presentations on North Korea’s nuclear weapons program were dominated by demands for what is known as complete, verifiable, irreversible disarmament (CVID) from Western participants, South Korea, and Japan.

This is unfortunate, as many analysts think Pyongyang will reject CVID.

Two major observations struck me in the various panels: the distance of the current liberal government of South Korea from its partners on North Korea; and the stubborn refusal to admit how unlikely CVID is, and therefore to consider other alternatives.

South Korea is far apart from the US, and especially Japan, on North Korea

The most noticeable intervention on North Korea came from the South Korean Defense Minister, Song Yong-moo. The broad tone of the Shangri-La Dialogue is realist and hawkish, as was the North Korea panel generally. But Song reflected South Korean President Moon Jae-in’s dovish, generous interpretation of the North. North Korean supremo Kim Jong-un was cast as a Swiss-educated reformer who wanted to open his country to the global economy and relink it to the world more generally.

Song insisted that we must trust North Korea yet again, because otherwise progress is impossible (a murmur went through the audience after that line). He returned to the idea that US President Donald Trump deserves a Nobel Peace Prize; pushed for a final status deal (normalisation, a peace treaty, liaisons, etc.); and argued that CVID could happen, because North Korea might join the international community and no longer fear it.

The differences between the South Koreans and Japanese Defense Minister Itsunori Onodera and US Secretary of Defense James Mattis were stark. Both were far more hawkish and tough on North Korea, emphasising its missile threat, sanctions, abductees (in the Japanese case), previous bad behaviour, and so on.

That the US and Japan took a hawkish line was unsurprising. It was the South Koreans who broke from just about every other comment on North Korea at the Dialogue, and my general impression of the delegates’ response was enormous scepticism.

Moon is putting tremendous faith in a sudden conversion of Kim Jong-un to better behaviour. This reflects South Korea’s remarkable optimism about the current summitry. Again and again when I speak on panels in South Korea now, I am the lone hawk or sceptic. Perhaps Moon is right; perhaps he sees something the rest of us do not. But I worry that Moon may push to continue to the process with North Korea long after South Korea’s partners start to feel it is more of the same – endless talk with no clear resolution.

No final deal resolving the North Korean nuclear issue will hold up over time if South Korea, the US, and Japan are this far apart. As the Japan Times put it, we are all keeping up a “united facade” as the differences widen.

No one is thinking beyond CVID, or at least admitting they are

By my count, US, South Korean, Japanese, Canadian, British, Australian, and French government speakers all explicitly referenced CVID across various plenary sessions. It was so relentless that it almost felt coordinated.

But of course, almost no one in the analyst community believes the North will do this. Pyongyang spent almost fifty years developing these weapons. It endured extraordinary sanctions, isolation, and economic costs to get them. Nuclear missiles provide it direct nuclear deterrence against the US mainland, and thereby a powerful shield against US-led regime change.

Were Pyongyang to surrender all that, it would almost certainly demand concessions so great – such as the end of the US–South Korean alliance – that such a swap would be likely rejected.

Worse, it is not even clear if we could achieve the “I” (irreversibility) in CVID. “C” and “V” would be hard enough.

The complete removal of all nuclear materials from North Korea would be a hugely expensive and time-consuming process. Verifiability too would be a tremendous challenge given the scale of the Northern program and inevitable widespread scepticism regarding North Korean compliance. The US and others would likely demand many cameras, regular inspector visits, and a North Korean return to the Non-Proliferation Treaty and International Atomic Energy Agency.

If that were not hard enough, irreversibility would be impossible without physically removing the human capital of the North Korean nuclear program. Uranium mines could be destroyed, but what about the actual scientists and technicians? Would they all be given South Korean passports, or residence in the US or some third country? Without removing these people, the program could be restarted at a later time.

By my count, I and other delegates asked government representatives five times in a day and a half about this: if, given how hard CVID would be, there were plans for any less-than-CVID, or sub-CVID, outcomes in negotiations with North Korea. Also by my count, this question was never properly answered by any government attendee.

At this point, this should not surprise us. South Korean, Japanese, and Western elites have painted themselves into a corner on CVID. Led by US President Donald Trump’s triumphalism last month that North Korea was coming to Singapore to denuclearise, we have all talked up CVID so much that to pull back from it now, only a few days before Trump meets Kim, would smack of flinching.

Nevertheless, governments must know, as the analyst community does, that North Korea is highly unlikely to accept CVID. Indeed, Trump has started admitting that the summit with Kim will not, in fact, yield a major breakthrough.

What to really expect

The hyping of CVID sets expectations far too high. It opens political space for hawks, most notably US National Security Advisor John Bolton, to push for kinetic options after the upcoming summit misses this all-or-nothing benchmark. And the likely failure to achieve CVID will confuse democratic publics who were told last year that a nuclear North Korea posed such a threat that we might have to “totally destroy” it with “fire and fury”.

Ultimately, some kind of negotiated outcome is most likely. Moon’s promotion of North Korea as reformed is unlikely. Kim Jong-un was a vicious tyrant in his father’s and grandfather’s mould until he conveniently became a reformer this January after acquiring massive retaliatory capability against the US late in 2017.

Similarly, CVID is unlikely. If we are going to deal with North Korea, let us engage the reality of an Orwellian tyranny which got to nukes by hook or crook and will demand an awful lot to give them up.

We need to start thinking seriously about what we are willing to give up in exchange for what from the North Korean side. That debate, which needs to be conducted in public, has scarcely begun.

Previous Article
In conversation: Indonesian sectarianism
Next Article
Tariffs: the US rebuffed

In the face of the pandemic, humanitarian operations are facing extreme challenges. The past holds a few lessons.
Sam Roggeveen 16 Sep 2021 10:00

How nuclear subs could transform Australia, its alliance and Asia

First thoughts on the consequences of a truly momentous decision.
Alexandre Dayant 26 Feb 2020 12:00