Local officials won’t risk the ire of Beijing, yet central authorities look to pass the buck. The more things change … 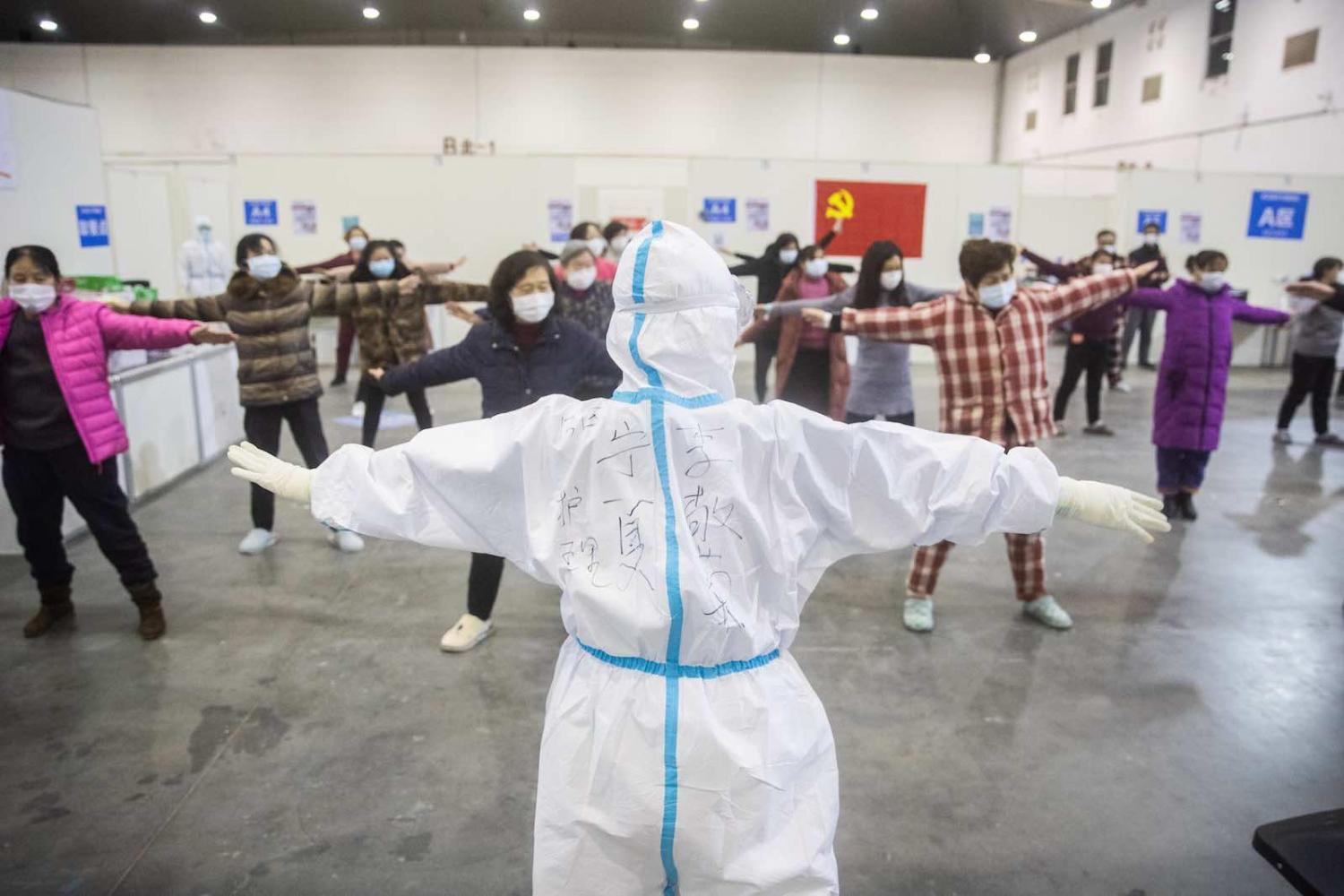 Medical staff lead patients with mild symptoms of the COVID-19 coronavirus in group exercises at an exhibition centre converted into a hospital in Wuhan, Hubei province (STR via Getty Images)
Published 19 Feb 2020

As the novel coronavirus outbreak crisis is unfolding across China, the Communist party’s efficiency is once again in the spotlight. On the one hand, there’s the capability to mobilise resources from across the state that allows to build new hospitals in a matter of days, a feature of Chinese governance that especially local officials like to highlight. On the other hand, critics suspect concerted efforts by Chinese authorities to cover up the real extent of the outbreak reminiscent of the initial Severe Acute Respiratory Syndrome (SARS) outbreak in 2003.

A picture of decisive and potent government action either way, however, oversimplifies the more complicated underlying dynamics.

A key issue that has resurfaced during the current coronavirus outbreak is concern about the accuracy and transparency of China’s official statistics. With a poor record in providing consistent and reliable data, general scepticism over the numbers provided by authorities is further fuelled by several changes in diagnosis and classification criteria that first lead to a drop in cases, followed by a steep surge in recorded infections and fatalities within days.

Apart from broader issues that hamper most efforts in data collection, managing these during the outbreak of a major public health emergency is never easy. In addition to common problems stemming from collection error or vague statistical categories, an obstacle to better information lies in misaligned incentives for government authorities. Next to the challenges of access to information in authoritarian regimes, blame is often put on local officials as a main source of distortions in the data.

China’s highly centralised style of governance discourages local officials from raising negative information with Beijing. As upward accountability often trumps concern for the broader community it serves, it is very plausible that local officials have downplayed the severity at the outset of the new coronavirus as has been reported by numerous news outlets.

A meeting of the party’s politburo standing committee in early February highlighted that local authorities would be given room to determine the level of risk regarding the virus to inform localised response strategies. At the same time local governments were reminded to still aim to meet China’s economic targets despite the outbreak. By presenting local authorities with the conflicting targets of both containing a further spread of the virus while at the same time pursuing economic growth, Beijing effectively passes the buck.

Shifting difficult responsibilities to other levels of government allows central authorities to distance themselves from missteps in the eyes of the broader public and to justify further efforts at political centralisation and control.

Shifting difficult responsibilities to other levels of government allows central authorities to distance themselves from missteps in the eyes of the broader public and to justify further efforts at political centralisation and control. As President Xi Jinping has already punished local leaders and replaced them with political allies, it is difficult to judge whether this is only an appropriate response to local government failure or if it constitutes another power move from Beijing, or both.

In addition to the dynamics playing out between central and local authorities, other problems in addressing the current health crisis stem from coordination problems within local governments and between functional departments. Responsibility for health care in China is fragmented across multiple agencies, each looking after its own interests rather than that of the sector as a whole. Functional offices are structured in a vertical hierarchy extending from Beijing. This means that a particular office of the central government controls all equivalent offices across the geographical layers of administration.

While technically different government branches also report to the local government and party committee under the jurisdiction of the same geographical level, the dual authority structure is ultimately biased towards Beijing. As a result, different local government agencies that are supposed to work with each other often solely focus on their own goals and do not share information with each other, which results in a lack of coordination at the local level. China is by no means the only country that has administrative inefficiencies. But it may be unique in just how disconnected government agencies are.

While Beijing has taken steps that allow local hospitals to report directly to the Ministry of Health and the country’s Center for Disease Control and Prevention in the wake of SARS, this step ultimately means that the new governance arrangement continues to operate within a context pre-structured by hierarchy. It therefore does not actually offer any institutional recourse for the lack of local interdepartmental coordination.

Getting an accurate read on the current situation therefore remains challenging at this stage. Questions will remain as to what extent the government’s response to the coronavirus outbreak is a result of the misconduct of local officials or central authorities taking advantage of a crisis to further tighten their grip. The country’s peculiar governance arrangements, however, make it less likely that the government response is easily summarised as following a single purposeful objective despite more centralised power under Xi Jinping.

It simply shows how the system reproduces itself and therefore makes a fundamental change in the government response unlikely.

Previous Article
PNG: Booting Exxon gives Marape a boost – for now
Next Article
If a tree falls in Nepal, will anyone care?

Colonialism and cultural erasure in Xinjiang

The ideology behind the CCP’s “re-education” of the Uighur shares in the history of subjugating indigenous populations.
Melissa Crouch 9 May 2019 06:00

The Reuters case is about more than press freedom but also relations between Myanmar and the international community.
Miah Hammond-Errey 24 Jun 2019 06:00