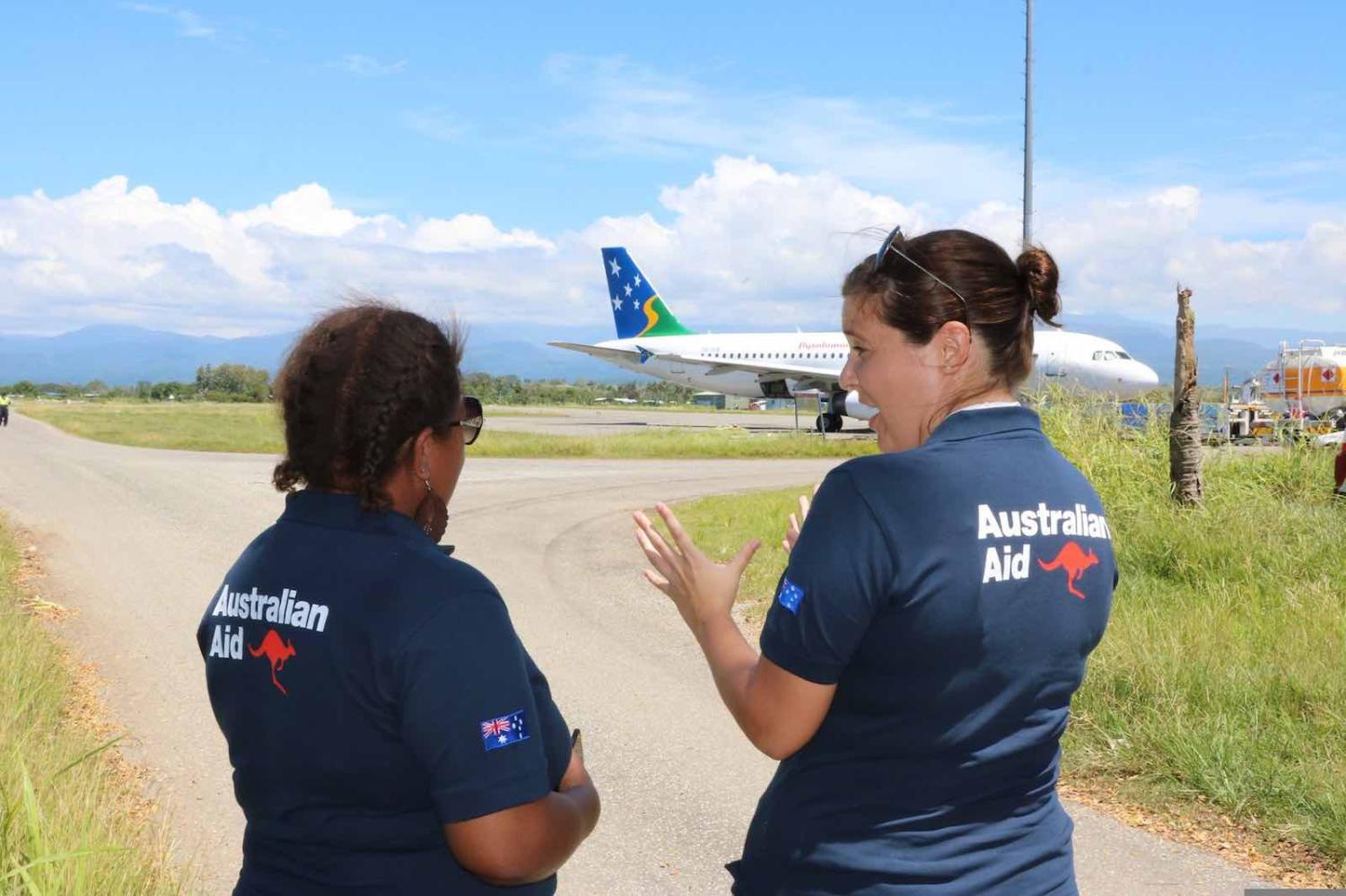 The success in containing the Covid-19 pandemic in both Australia and New Zealand has led to a novel idea – the opening up of trans-Tasman travel as long as each country is able to keep infections under control. It would be a ray of hope and normalcy, and an economic plus for both parties. While so far no Pacific countries are included in the “bubble”, Minister for International Development Alex Hawke has indicated they could well be next – provided they continue to successfully manage the pandemic.

Early signs are positive. Vanuatu and Solomon Islands have had no infections at all, while Fiji had just 18 cases, with no new infections in the last two weeks. New Caledonia has not had a new case in several weeks. Tonga has had no cases, is even looking at re-opening night clubs.

The benefits of a regional bubble extending to the Pacific go beyond increasing the number of sunny holiday spots available to Australian tourists. A relaxation on travel restrictions would have an enormous impact on the lives of children in the region. Australia considers the Pacific “our family” – and its Pacific Step-up strategy has largely been about entering a new chapter in the relationship with these neighbours. Here is an opportunity to do just that.

Countries in the Pacific are seizing this moment to increase regional cooperation. The Pacific Islands Forum, of which Australia is a member, has invoked the Biketawa Declaration to respond to the crisis, the same collective response instrument that was used when Australian and New Zealand peacekeepers were deployed to Solomon Islands. The Forum has compared the response to Covid-19 to the Tuvaluan concept of “te fale-pili” – meaning houses which are close to one another have a moral responsibility to protect each other in times of hardship. The region is ready to step up, and is asking Australia and New Zealand to join them in doing so.

Fiji has one of the lowest rates of extreme poverty in the Pacific yet its prosperity is built almost entirely on tourism – 10% of households have at least one person working in the tourism industry. According to the ANZ bank, Fiji may lose nearly 602,000 visitors by air this year, a 67% drop translating into a GDP contraction of around 12%, putting about 75,000 jobs at risk. Vanuatu, too, is expected to experience a contraction in GDP, in part due to a loss of up to 21,000 tourism jobs, and will likely experience a major recession, compounding the impact of Tropical Cyclone Harold.

The fall-out of this drop in visitor numbers will be experienced by the most vulnerable: children in poor households whose families have the least savings. Or in the case of Vanuatu, families already reeling from the impact of Cyclone Harold. At a time of belt-tightening across the Australian government, allowing tourism to continue to Pacific neighbours is one way of ensuring they do not fall into a poverty and debt trap.

The sunburnt English backpacker is unlikely to return to regional Australia anytime soon. By scaling up regional worker programs, Australia can ensure enough labour in key industries, while giving hard-working Pacific Islanders a chance to send money back to their families.

Another major income source for families in the Pacific is remittances; they are a greater share of Pacific economies than aid, and represent between 5­–40% of the GDP of Pacific countries. The World Bank estimates that due to Covid-19, global remittances are projected to decline by approximately 20%, making this economic shock the largest decline in remittances in recorded history.

Australia is the source of 26% of remittances to the Pacific, with Pacific seasonal workers sending home approximately $2,200 over a six-month period in Australia, and bringing an average of $6,650 in savings back at the end of their work. The Australian government has allowed Pacific Islanders on labour mobility schemes to stay in Australia during the pandemic and to keep working, allowing this lifeline to continue.

The creation of a regional bubble which includes the Pacific would allow these programs to continue and even to expand, as agricultural and seasonal labour from other countries dries up – the sunburnt English backpacker is unlikely to return to regional Australia anytime soon. By scaling up these programs, Australia can ensure enough labour in key industries, while giving hard-working Pacific Islanders a chance to send money back to their families.

This pandemic is a cataclysmic upending of business as usual for international tourism and migration. And yet Australia is incredibly fortunate to find itself in a neighbourhood where Covid-19 is being taken seriously, and has so far been contained in several countries. The Pacific Step-up is about Australia forging genuine partnerships with neighbours. That means relationships which are reciprocal and made between equals, which makes them enduring in a way that donor-recipient bonds are not.

Australia and New Zealand have been invited into the Pacific family – with all the privileges and responsibilities that entails. There are almost 1 million children in the Pacific whose livelihoods hang in the balance – their ability to continue their schooling or obtain the healthcare they need is dependent on a functioning local economy. Including the Pacific in the bubble should be Australia’s declaration of faith in the Pacific family and show a commitment to the future of the children who live there.

The Department of Foreign Affairs and Trade’s new Office of the Pacific is a sign of the step up being made real.
Harriet Smith 7 Jun 2017 15:49

This week's links include reports from the UN Oceans Conference and a take on how cockroaches wrote the history of New Caledonia.
Jessica Collins 28 Jun 2022 16:28

Concern about a growing regional influence can be offset by faith in other actors to do the right thing.