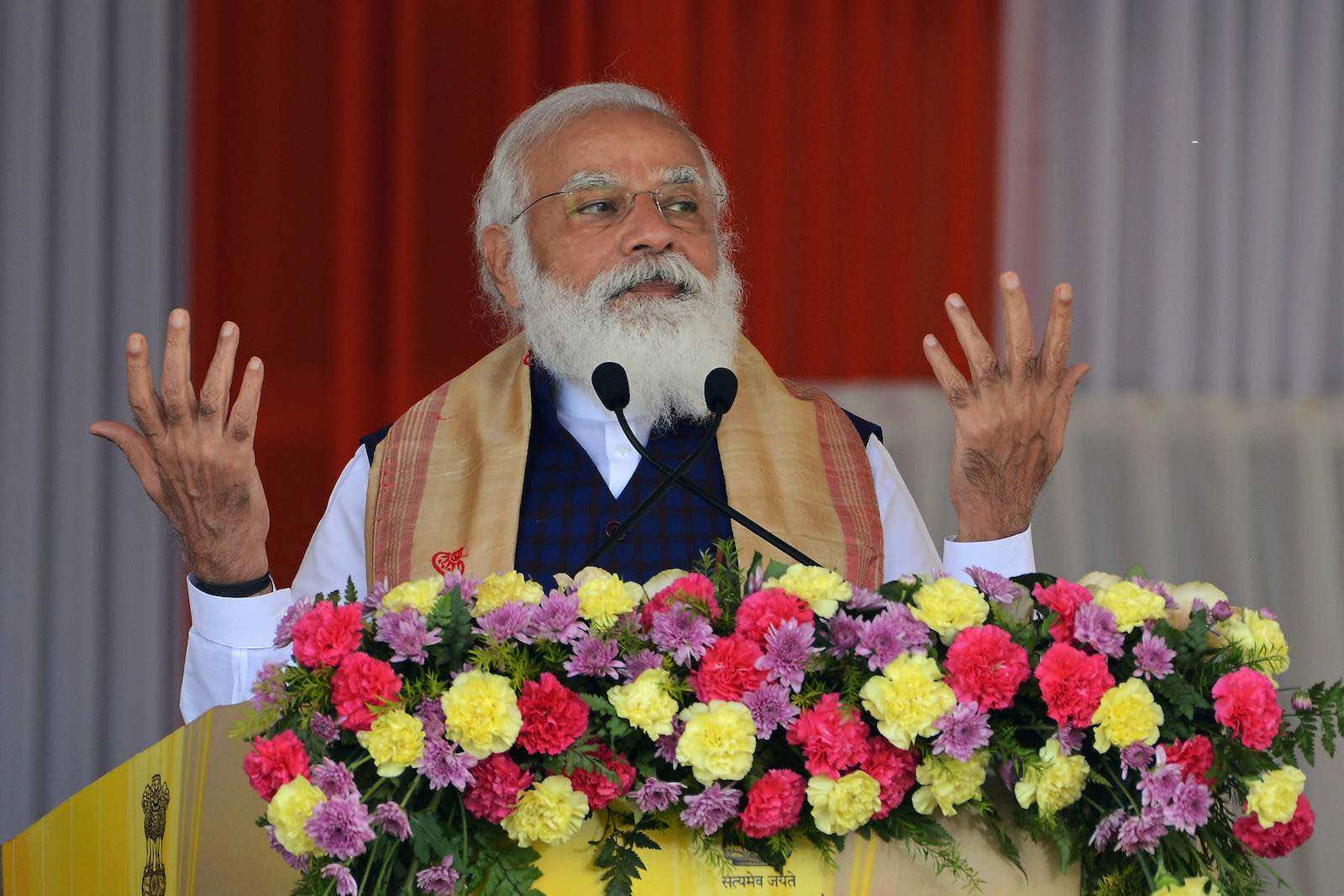 A major headline from the 2021 Lowy Institute Poll is the dramatic decline in the Australian public’s assessment of China, continuing the trend already observed in previous years. While 52% of respondents said they trusted China to “act responsibly in the world” either “a great deal” or “somewhat” in 2018, in 2021 only 16% did so. Similarly, for the first time in 2021 almost two-thirds of the respondents (63%) view China as more of a security threat than an economic partner. Australia-China relations have certainly reached a nadir.

But what of the Australian public’s attitude to that other Asian great power, India?

Australia-India relations have never been better. The elevation of the bilateral relationship at the virtual leader’s summit in June 2020 to a “comprehensive strategic partnership” reflected the obvious chemistry on display between Prime Ministers Narendra Modi and Scott Morrison.

The two countries made meaningful progress to advance defence cooperation including the signing of a mutual logistics support arrangement, and an agreement to support collaboration between defence science and technology research organisations in both countries. This was followed by Australia’s long-awaited inclusion in the November 2020 Malabar naval exercises. Also significant was the commitment to boost broader science, technology and research to support responses to Covid-19 and to work together to reduce supply chain vulnerabilities exposed by the pandemic for critical health, technology and other goods and services. Finally, the “joint declaration on a shared vision for maritime cooperation in the Indo-Pacific” commits both countries to work together bilaterally to the promote a free, open, inclusive and “rules-based maritime order”.

Given these bilateral developments, one would expect greater public awareness of India’s importance and relevance to Australia, more so given the deteriorating relationship with Beijing. The latest Lowy Poll shows some indication of that.

In 2020, 61% of Australians said they trusted India “a great deal” or “somewhat” to act responsibly in the world, up from 45% in the previous year and on par with their views of the United States. Australians continued to display “warm feelings” toward India, too (measured on a 100 degree scale), which at 56 degrees represented a 4 degree increase from the previous year.

Less encouraging, however, were public perceptions of Modi, with only 38% of respondents saying that they had “some” or “a lot” of confidence in him to “do the right thing regarding world affairs”, representing a 4% fall from 2020. However, this must be interpreted alongside the striking finding that of all national leaders included in the survey, Modi was least known by the Australian public, with 30% of respondents either unsure or having “no view” of his political integrity.

Another noteworthy finding is that 81% of respondents viewed India as doing “too little” to combat climate change, only one point less than China, and 10 points worse than the United States. Given that respondents ranked climate change as the second highest “critical threat” to Australia’s vital interests in the next 10 years in 2021, the poor view of India in this regard could lead to current “warm feelings” dissipating.

This shallow public interest and understanding of India is unsurprising given the cursory and sporadic coverage that Indian politics is given in the Australian media. Most of what is reported is viewed through the prism of India-China border clashes, the intractable conflicts between India and Pakistan over Kashmir, or focused on crises of governance such as the Modi government’s response to the Covid-19 pandemic.

The poor view of India to combat climate change could lead to current “warm feelings” dissipating.

Little is written in the Australian media or academic/policy circles about India’s foreign policy, or its growing role as part of Australia’s free and open Indo-Pacific strategy. This includes the part it might play in the stated objectives of Australia’s 2020 Strategic Update to “shape Australia’s strategic environment”, “deter actions against Australia’s interests’ or “respond with credible military force”.

If correct, this situation presents short-term opportunities and longer-term dangers for government policy if the public’s blissful ignorance about and relative disinterest in India persists. On the upside, the government and policy elites will have a free hand to continue efforts to develop the Australia-India relationship with little need to manage or respond to public pushback. There is currently little evidence of any anti-India sentiment among the Australian public.

However, as Canberra reacts to ongoing Chinese coercion by putting more efforts into deepening the strategic and economic relationship with India, the public will need a better understanding of why the partnership with India is in our long-term interests even if there are short-term obstacles. This is especially important if China seeks to increase pressure on Australia as Canberra puts more emphasis on the bilateral relationship with India or on groupings such as the Quadrilateral Security Dialogue, or “Quad”.

Public ignorance is rarely a sound basis for enduring and ambitious government policy. The Lowy Poll suggests the public conversation about India has only just started.

Show Comments
Previous Article
By the numbers: Charting the Australia-China relationship in decline
Next Article
Australia sweeps the table in the UK trade deal