Australia sweeps the table in the UK trade deal

Tariff elimination on this scale through a free trade agreement is almost unprecedented. 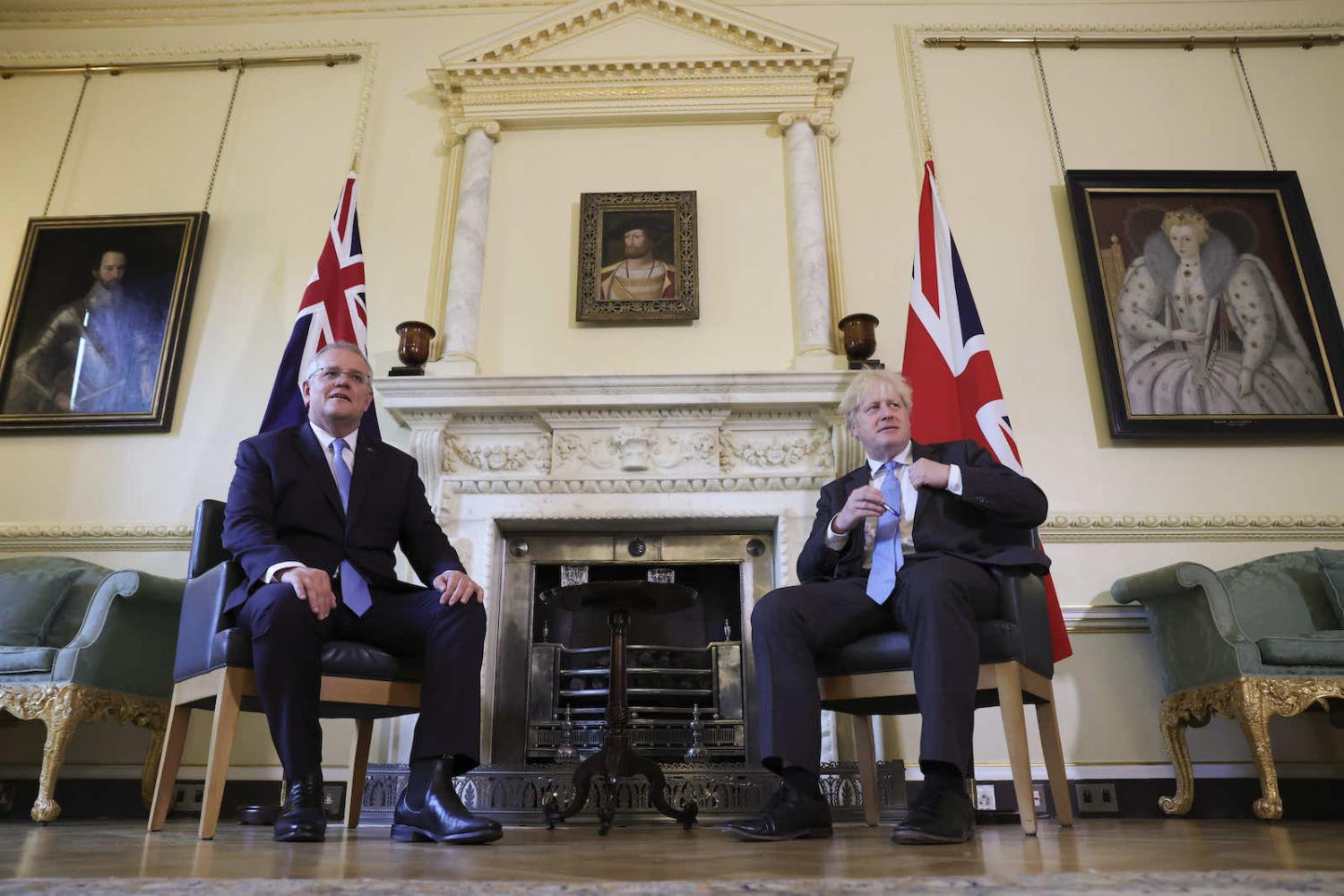 Australian trade negotiators often enter talks with difficult demands and a comparatively weak hand. Agriculture, where they seek concessions from the other side, is politically sensitive meaning they are asking their counterparts to do what is hard. In exchange, they have little to offer because the Australian economy is already largely liberalised in all the ways governments are willing to tolerate. So their success in the recent Australia-UK Free Trade negotiations: agreement in principle, secured charging uphill without ammunition, is therefore all the more remarkable.

Upon entry into force the agreement eliminates all tariffs and quotas except, for some reason, long-grain rice. It does so almost immediately. There are phase in schedules and a handful of safeguards, to be sure, but they are so generous it is impossible to imagine their ever limiting Australia’s exports in practice.

It is hard to overstate this achievement by the Australian negotiating team. Trade ministries love to put out press releases claiming their recent deal eliminates “99% of tariffs,” but in most cases, this is numerical trickery, either because the partner in question had so few tariffs to begin with (such as Singapore or New Zealand) or because the final 1% contains much of what would actually be commercially meaningful. Not this time. This deal does what it says on the tin.

Tariff elimination on this scale through a free trade agreement is almost unprecedented. Australia did not achieve it with Japan through JAEPA, China through CHAFTA, South Korea through KAFTA or the United States through AUSFTA. It is more than Australia secured from the parties in the CPTPP or those in RCEP, and is likely to substantially exceed what Australia gets in its EU negotiations.

Remarkably, it is not clear what UK negotiators managed to extract in reciprocal concessions. Sure Australia has agreed to eliminate its own tariffs, but that is somewhat like landlocked Switzerland offering to eliminate its navy. Unlike the UK, which has some formidable tariff walls around agriculture, Australia’s tariffs are incredibly low and their elimination is unlikely to change anyone’s commercial calculus.

Australia did concede to expand the “working holiday youth mobility program” for UK nationals. The duration is to be extended from two years to three, the age of eligibility expanded to 35 and the second year requirement to spend months working in the Australian outback has been dropped. There was also some mutual qualification recognition, or at least the processes to achieve them, and we can reasonably expect Australia to ease Foreign Investment Review Board screening for British capital. All good outcomes for the United Kingdom but hardly a triumph.

Domestically, the UK government has taken somewhat inconsistent approaches to explaining its unexpected bout of generosity. To farmers and their representatives, apoplectic about this deal, it has argued that Australian produce is unlikely to flood into the UK market, citing existing trading patterns and strong demand closer to home. It has also pointed repeatedly to its refusal to remove sanitary and phytosanitary bans in areas such as beef with artificial hormones as evidence of its having successfully defended British interests.

Whatever the explanation for the UK’s generosity of spirit in this negotiation, Australian producers stand to benefit.

Conversely, in media commentary, press releases, and speaking to its more libertarian members the UK government primarily emphasised the benefits to consumers of cheaper or at least more plentiful access to Australian products, from Tim Tam biscuits to steaks.

These points are obviously contradictory. Any surge of Australian products large enough to depress prices will by definition hurt local British producers, but if no such surge eventuates then the benefits to consumers are likely to be marginal.

More neutral observers have suggested that the Boris Johnson government’s calculus in reaching agreement in principle, and doing so this quickly, may have had non-trade motives. Brexit, and more recently a harder Brexit beyond the EU Single Market and Customs Union were sold partially on the prospects of a free trade globally buccaneering Britain. With the EU done and the US unlikely, a FTA with Australia is a logical next step.

The presence of Prime Minister Scott Morrison in the UK as a guest of the G7 also set the stage for a good-news photo opportunity, and the UK was not shy about declaring they were aiming to have at least agreement in principle secured by that date. A more defensive position from the UK would have required detailed and painful line-by-line negotiations across a significant number of tariff lines, and would never have been completed in time for the G7.

Whatever the explanation for the UK’s generosity of spirit in this negotiation, Australian producers stand to benefit. While enjoying some limited quotas into the UK prior to this deal, Australian producers were effectively locked out of beef, lamb, sugar and dairy once these were exhausted. True, commercial realities will likely mean that Australian producers still primarily sell closer to home, but that was never something negotiators could address. The chips on the table were tariffs, and Australia seems poised to walk away with all of them.

Previous Article
The dangers in Australia’s blissful ignorance about India
Next Article
North Korea: The long-awaited fallout of summit diplomacy

Independence, dependence, or interdependence – the challenges for micro-countries are growing as populations move.
Emma Connors 7 Nov 2016 08:33

Trump was at times boastful, when talking about his business success, and at times humble: ‘I am just a messenger’. People clapped and waved their signs but he wasn’t serious and they didn’t believe it.
Ashley Townshend 25 Aug 2017 11:10