Solomon Islands finds itself tangled in a web of deep grievances and duelling powers keen to curry favour. 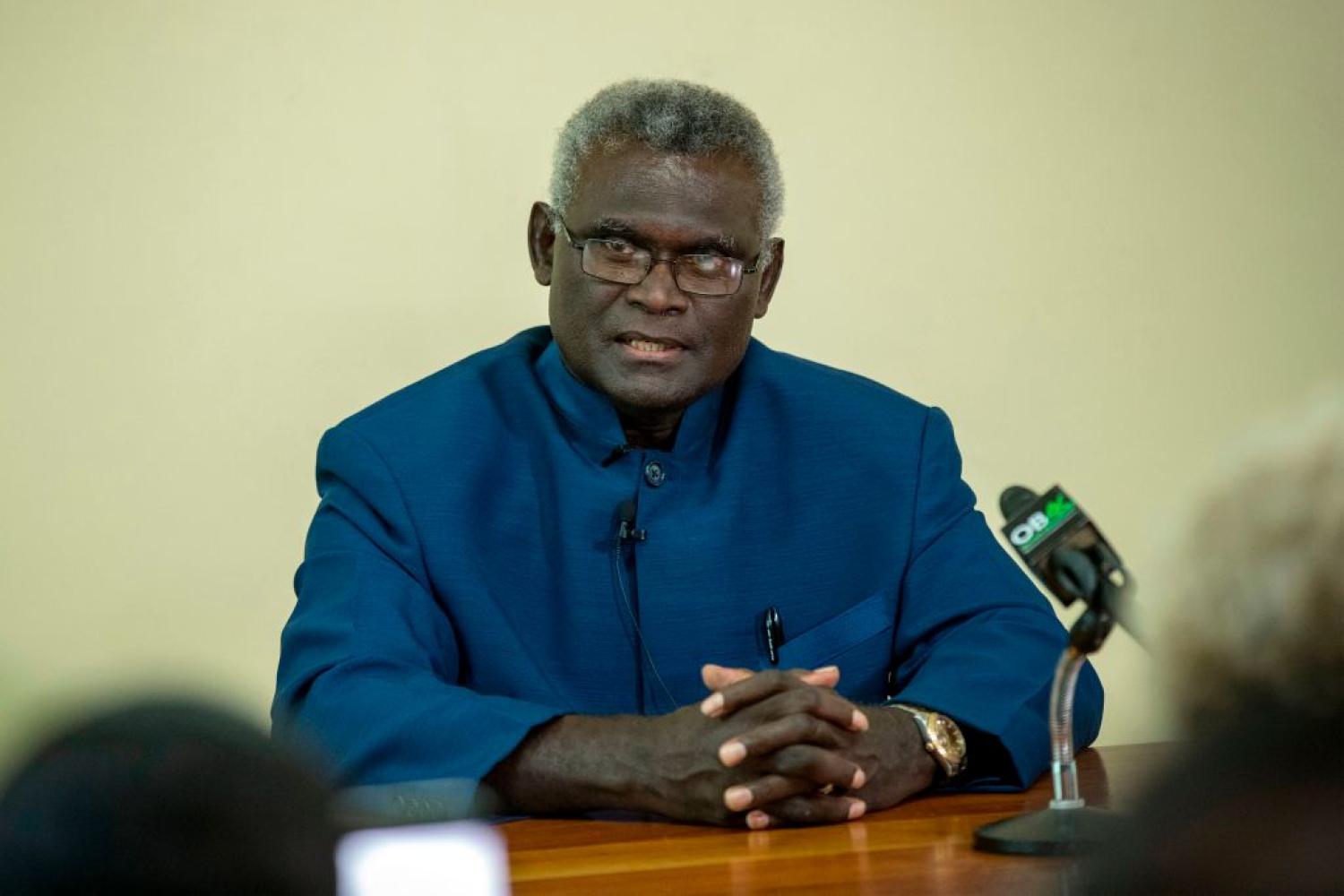 An uneasy calm has settled over the Solomon Islands capital Honiara after protests outside the national parliament on Wednesday calling for Prime Minister Sogavare’s resignation descended into civil unrest. A building inside the parliamentary compound and a police station were set alight amid reports of looting and damage to property as the crowd moved to Honiara’s Kukum district. Police set up checkpoints around town and used tear gas and rubber bullets to disperse the crowd. Schools in the capital had already closed early as a safety precaution in advance of the protest.

The protestors were reportedly mostly drawn from Malaita, the country’s most populous province, and had travelled to the capital on Guadalcanal to engage in a planned protest against the Prime Minister, the national government and Malaitan MPs over a perceived lack of development back home.

The unrest in Honiara reveals the influence of provincial politics on national stability and social cohesion in Solomon Islands. The Malaitan Premier Daniel Suidani himself had been under sustained political pressure from provincial MPs. Suidani was facing a motion of no confidence in October believed by some to have been orchestrated by the central government, until a crowd of thousands marched through Malaita’s capital of Auki and gathered outside the provincial Assembly Hall calling for the motion’s withdrawal. “This is a government of the people, so if the central government cannot listen then we have to stand up and talk,” said a protester in Auki at the time.

The actions of large nations as they curry sympathy with local actors – without pause to consider deeper social and political undercurrents – have a destabilising effect.

The perceived uneven distribution of economic development across the country, and particularly Malaita’s relative lack of development compared to Guadalcanal where the capital is located, is a longstanding grievance that is widely regarded as having been at the root of Solomon Islands’ internal conflict from 1998 to 2003 known as The Tensions. This was a protracted period of lawlessness and violence that brought the country to its knees and led to the creation of the Regional Assistance Mission to Solomon Islands (RAMSI), which ran from 2003 to 2017 and comprised military personnel, police and civilians from Australia, New Zealand and 15 contributing Pacific nations.

While Suidani was not present at the Honiara protest on Wednesday, he commented to the media that the protests were the result of the national government not listening to the people on matters such as infrastructure projects and the 2019 switch of diplomatic recognition from Taiwan to China.

Police station in Honiara burnt down by the protestors. Kukum traffic police station. Police continue to call on people to refrain from illegal activities & call on leaders to come down & assist in calming the situation down. pic.twitter.com/eqk88NvCdF

The unrest on Wednesday marks an escalation in an ongoing dispute between Malaita and the national government, up to now most visible through Suidani’s public feud with Sogavare over his China choice, for which the Prime Minister was quickly rewarded by Beijing. Suidani was highly critical of the decision and has since maintained Malaita’s ties with Taiwan, something that sits uneasily across national and sub-national levels of government.

Suidani’s decision to retain support for Taiwan was readily embraced by Malaita’s decades-old secessionist movement as it fed into narratives of a central government out of touch with the province and a perennial lack of economic development for Malaita.

Taiwan was quick to reciprocate Malaita’s support and continued to provide development assistance to the province, against the national government’s express instructions, contributing to the rift by siding with the Premier over the Prime Minister.

With all the subtlety of an absent superpower, in October 2020, Washington allocated a US$25 million aid package directly to the Malaitan government, 50 times what the province would normally get in a year from donors, in what was regarded as a cynical payoff to one of the ever-dwindling number of pro-Taiwan actors in the Pacific – never mind that it’s a subnational entity.

Geostrategic competition between Taiwan/US and China does not trigger rioting in Honiara. But the actions of large nations as they curry sympathy with local actors – without pause to consider deeper social and political undercurrents – have a destabilising effect on social cohesion in vulnerable countries such as Solomon Islands, which seeks desperately to maintain its hard-won fragile peace after years of civil unrest. The scenes would have conjured memories for some of the 2006 Honiara riots, during which dozens of businesses in the Chinatown district were looted and burned after Snyder Rini was elected prime minister with the alleged support of Taiwanese money.

Community resentment over the Covid state of emergency also fuelled the latest trouble, along with the experience of sustained economic hardship under a national political system bedevilled by graft and cronyism. Demographically, the country’s youth bulge (seven out of 10 people are below the age of 30) coupled with high unemployment are textbook conditions ripe for inciting unrest.

The Royal Solomon Islands Police Force responded aptly and proportionately to the localised outbreaks of strife. But the crowd’s articulation of grievances along ethnic lines would be deeply disturbing to a highly sensitised community still trying to navigate a unified national way to escape the legacy of the Tensions, with the underlying drivers evidently still live issues.

In a nationwide address on Wednesday night, Sogavare said, “I had honestly thought we have gone past our dark days, today has shown that we have a long way to go.”

Solomon Islands is already shouldering a heavy burden. The diplomatic pile-on is not helpful.

Previous Article
North Korea: Law, but not as we know it
Next Article
Trouble on the Mekong

Malabar 17 comes as China’s naval presence in the Indian Ocean is showing signs of a qualitative shift.
Allira Attwill 17 May 2017 08:55

With WHO's reputation on the line, much riding on the next director general

WHO’s survival will depend on the incoming DG's ability to improve its reputation and raise core funding from national governments, particularly the US.
John Besemeres 2 Jun 2017 15:36

It needs to be understood that Russia views the EU and the West generally as an enemy.