Critics claim Covid-19 is used as a cover, but proposed changes to raise the status of custom have a long history. 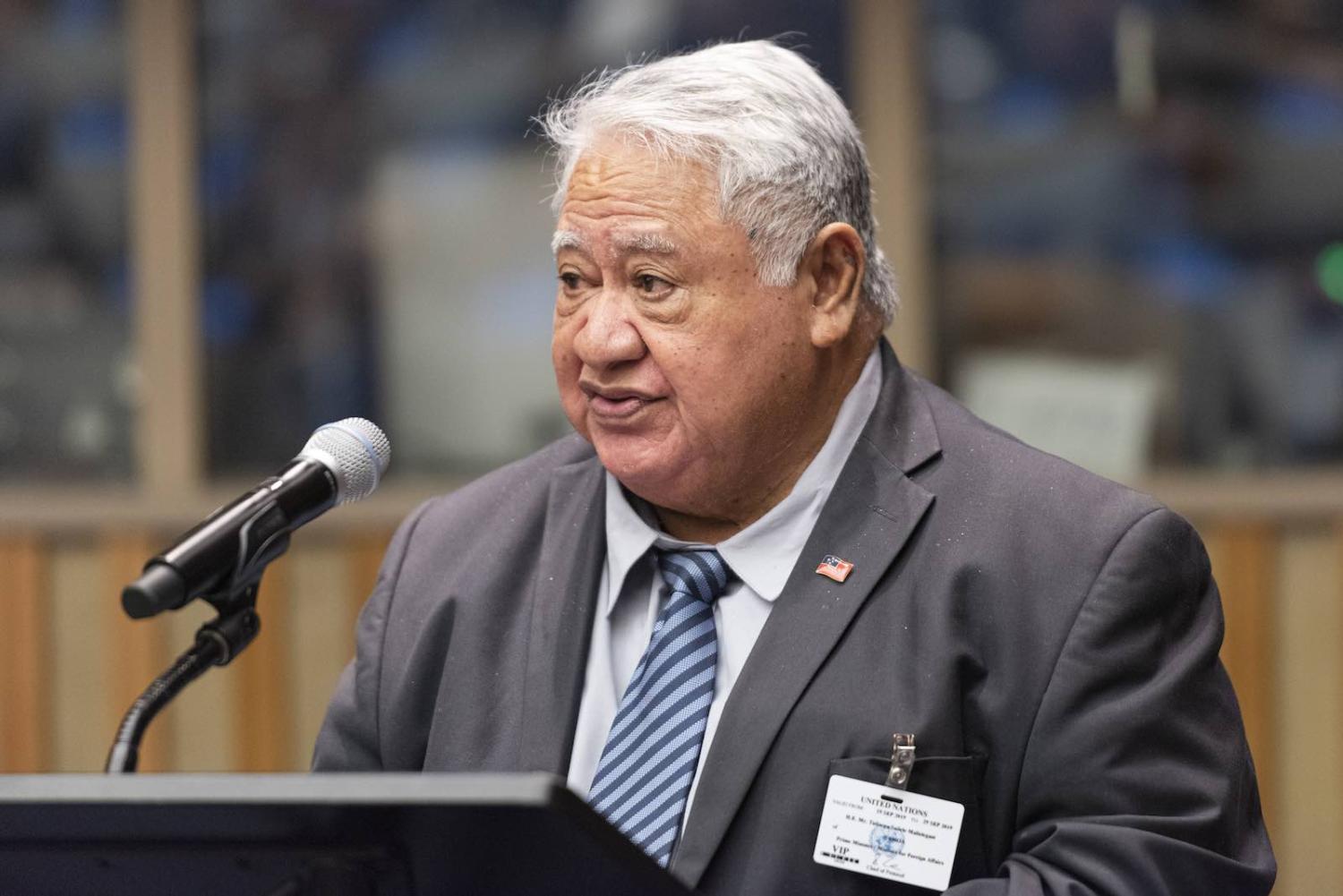 Proposed changes to Samoa’s Constitution have provoked fierce debate. The views of the Prime Minister, the former Head of State, the judiciary, chiefly leaders, current and former government officials, the Samoa Law Society, and many others have been widely reported in the Samoan media. At the heart of the debate are questions about the authorship and ownership of the Constitution, and whether it can express Samoan custom or, in Prime Minister Tuilaepa Aiono Sailele Malielegaoi’s words, only palagi or foreign thinking.

What changes are proposed?

The main proposal is to divide the judicial system into two parallel courts of equal standing, one to deal with criminal and civil matters, the other with customary land and titles.

Under current arrangements, the Land and Titles Court, composed of lay judges expert in Samoan custom, has exclusive jurisdiction over customary land and matai (chiefly) titles. Its decisions on custom are final, but they can be appealed to the Supreme Court if constitutional rights are affected.

Under the proposed amendments, the Land and Titles Court system would be entrenched in the Constitution, gain a new appellate court, and have “supreme authority over the subject of Samoan customs and usages”.  The possibility of appeal to the Supreme Court, even on constitutional grounds, would be removed.

Other amendments would require all Samoan courts to take account of custom; require the Court of Appeal to be composed of two Samoan judges and one “overseas non-Samoan” judge and increase the size of the Cabinet from a maximum of 12 to 14 Ministers.

What is the motivation for the change?

Although the Samoan government has been accused of pushing these amendments under the cover of Covid-19, the proposals have a longer history as two reform projects combined.

In 2016, a Special Committee of Parliament reported many problems in the Land and Titles Court, including lengthy delays and concerns about the performance of the judges. A previous bill to establish a new three tier Land and Titles Court and impose time limits on the court’s decision making has now been revised as part of these constitutional amendments.

Concerns about the amendments fall into four broad categories.

First, there is concern about the effect on constitutionalism and the protection of rights. The intention is that there will be two separate courts each responsible interpreting and applying the constitution, one from the “Western” legal perspective in civil and criminal matters, the other from the customary perspective in land and titles matters. There are concerns that individual rights, and in particular the right to a fair trial, will be unprotected. There is also the risk that the two courts will generate inconsistent interpretations of the constitution, leading to legal uncertainty.

The amendments are a response to the feeling that the constitution, legislation and the courts emphasise western laws and institutions and marginalise custom.

A second concern relates to the position of the new Land and Titles Court in the system of government. It has been labelled a “fourth branch of government”. Its role seems mainly judicial, but it cannot review legislation and it lacks the independence of the judiciary. In particular, the judges of the new Land and Titles Court would not have guaranteed tenure and would be subject to removal without cause.

Third, there are criticisms of the workability of the new system. Constitutional change alone will not fix the administrative problems of under-resourcing and capacity identified in the 2016 review of the Land and Titles Court. While the desire for Samoan judges to sit on the Court of Appeal in both judiciaries is understandable, there is a real question whether Samoa yet has a sufficient number of local judges to fill these positions.

Finally, many are concerned about the lack of public consultation on such fundamental constitutional changes. The government has pointed to the 2016 parliamentary inquiry, and following the second reading all amendments were referred to another parliamentary committee. However, as the government holds more than enough parliamentary seats to pass the amendments, there is a concern that public consultation so late in the process will have limited effect. It has been largely left to the Samoa Law Society and the media to raise public awareness of the issues.

These are serious concerns that should be addressed. In doing so, however, it is important not to lose sight of the purpose of the amendments, which is to elevate custom as a source of law and integral part of the constitutional system of Samoa. The amendments are a response to the feeling that the constitution, legislation and the courts emphasise Western laws and institutions and marginalise custom.

The Prime Minister’s comments that the matai who made the Constitution did not understand what the palagi put in it has been strongly criticised. While his comment certainly underestimates the founders of Samoa’s Constitution, the records of the working committee do show that the Constitution was written with an eye to the approval of the outside world and in particular the need to convince the colonial authorities in New Zealand and the United Nations that Samoa was ready to be “admitted” as a sovereign nation. This is perhaps one reason why Samoa’s Constitution did not directly incorporate customary institutions and laws, but rather left them to the unwritten customary constitution.

The proposed amendments, and the debate they have sparked, show that the difficulties reflecting legal pluralism in written constitutions continue long after independence from colonial rule. It is a pressing problem for polities across the Pacific, and with no easy solution Samoa’s current efforts in constitutional reform deserve careful attention.

Previous Article
Despite headwinds, China prepares for world’s largest carbon market
Next Article
Who would Beijing prefer wins in November?

The global energy outlook and what it means for climate change

The two-degree target is way beyond reach on the International Energy Agency’s base scenario.
Stephen Grenville 30 Oct 2018 10:30

The Economist: a change of heart

In the face of effusive predictions, don’t break out the champagne. Keep calm and carry on.
Cate Sumner 21 Feb 2022 12:00