Scott Morrison is an enthusiast. But Australia’s one with China proved little more than the proverbial “scrap of paper”. 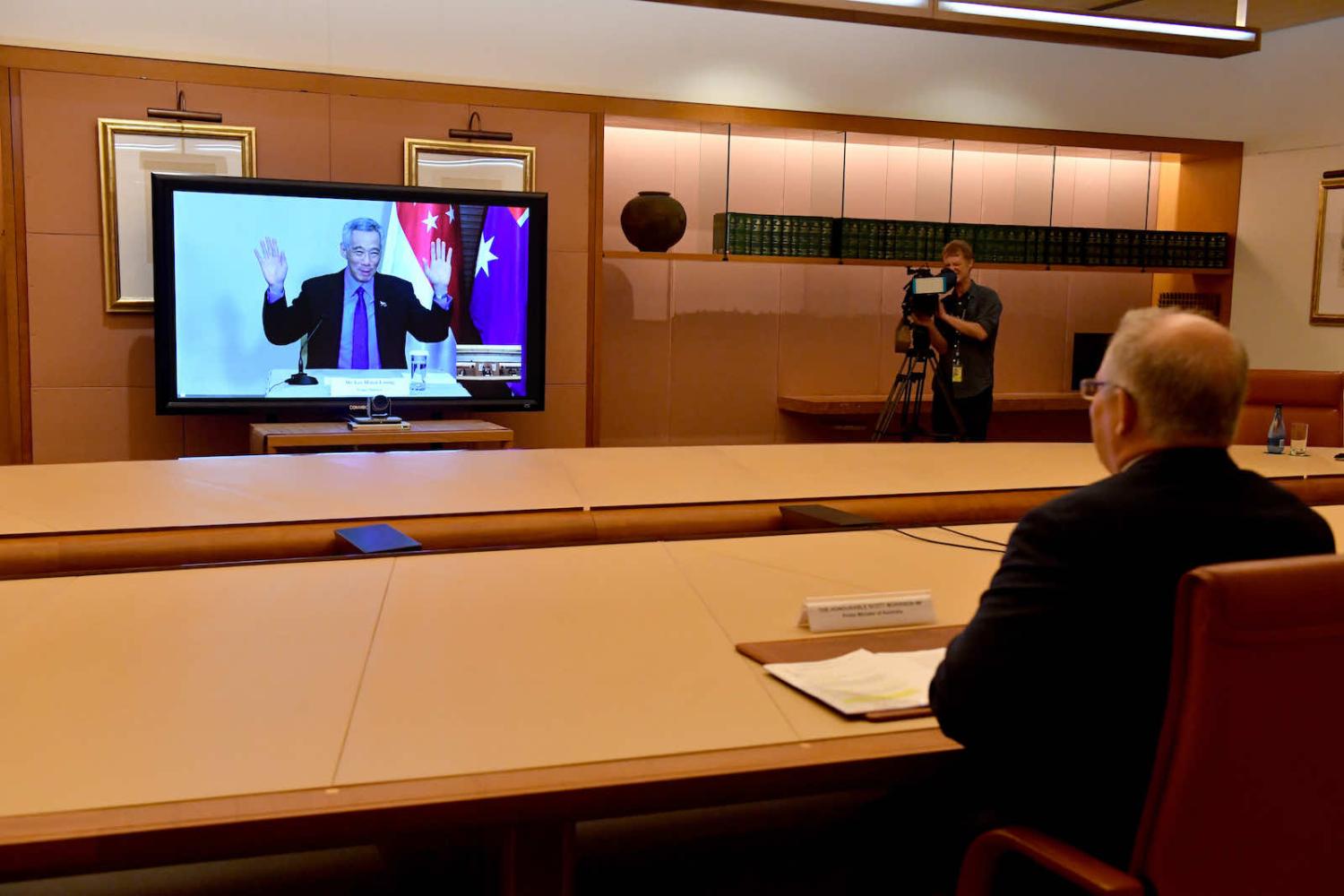 When Australia’s Foreign Minister Marise Payne landed in Kuala Lumpur at the weekend, she notably lauded the meeting with her Malaysian counterpart as “the first since our relationship was elevated to a Comprehensive Strategic Partnership”.

The last year has been particularly fruitful for Australia’s growing bevy of Comprehensive Strategic Partnerships (CSPs). Australia has upgraded – or agreed to upgrade – its ties to CSP status not only with Malaysia but also South Korea and most recently with the Associatiion of Southeast Asian Nations.

In May, Prime Minister Scott Morrison, who has been particularly keen to embrace the CSP concept, also proposed elevating Australia-Vietnam ties to CSP level by 2023.

This diplomatic flurry builds on CSPs that Australia negotiated with India and Papua New Guinea last year, and earlier with Indonesia (2018), Singapore (2016) and its “Special Strategic Partnership” with Japan (2014).

On paper at least, Australia’s CSPs are a mark of distinctive company, particularly in Southeast Asia. Australia is the only country other than China to have a CSP with Malaysia and ASEAN, the regional body having elevated its ties with Australia and China to CSP level in successive days. Australia is also one of the only countries to have a CSP with South Korea and one of Indonesia’s three CSPs – the other two being India and China.

The way in which the Australia-China relationship has unravelled does raise questions about the ultimate value of CSPs.

The elephant in the room here is of course, Australia’s CSP with China, the country that more than most has adopted the CSP nomenclature. Forged in 2014 under the Abbott government, the CSP with China helped facilitate a sprawling program of engagement. The CSP was invoked by President Xi Jinping and several Australian leaders when describing the strength of the relationship and level of mutual trust. In 2018, then Foreign Minister Julie Bishop enthused about the 50 bilateral dialogues or engagements that took place under the aegis of the Australia-China CSP.

However, when Morrison “reminded” Beijing of the China-Australia CSP last year, the response was conspicuous silence. The way in which the Australia-China relationship has unravelled does raise questions about the ultimate value of CSPs.

There are other less dramatic examples that can also engender scepticism about the worth of this diplomatic labelling. There was a clear element of incongruity last month when Australia upgraded its relationship with ASEAN to CSP status, a decision announced despite Indonesia and Malaysia, theoretically already Australia’s privileged CSP partners, both having very recently spoken out (unusually strongly by regional standards) against AUKUS. There were reports that Malaysia – which said it would consult with China on AUKUS – unsuccessfully attempting to initiate an ASEAN consensus condemning the trilateral pact.

That ASEAN accepted Morrison’s offer of a CSP does not necessarily signal uniform trust, strategic congruence or even that the partnership with Australia is highly valued among all of the bloc’s members. Instead, in hindsight, it looks a classic ASEAN-balancing act.

By declaring a CSP with China – which had been unsuccessfully seeking a CSP for some time – and Australia, ASEAN signalled its intent to remain neutral and enjoy close relations with both Beijing and the US alliance network. The Biden Administration has had a slow start to engaging the region and despite sincere talk of neutrality, most ASEAN nations are wary of any moves that may anger Beijing (which awarding CSP status to the US straight off the bat may have done). Australia served as a useful proxy, and Morrison was no doubt happy to use the CSP to bury talk of a serious rift with ASEAN.

Yet, to conclude based on these examples that Australia’s CSPs have no value or that they are all optics and no substance would be premature.

Between partners, CSPs can, if not always, signify and codify trust. These arrangements convey a sense of mutual value, strategic alignment and positive intent to further strengthen ties.

Australia’s CSPs will only be good as the time, effort and diplomatic resources that Canberra is willing to commit.

For example, India, Singapore and Vietnam are all countries that, while formally non-aligned, share Australia’s view that serious hard-power heft is needed to balance China’s rise. With their plethora of initiatives and regular high-level dialogues, CSPs act (or could eventually in the case of Vietnam) as vehicles that allows Australia to develop these relationships in a formal and regularised setting that falls short of an alliance.

If, in the case of Australia’s relationship with Malaysia or Indonesia, there is a lesser degree of strategic alignment, CSPs can nonetheless help provide the “ballast” needed to create more resilient ties.

On the other side, CSPs have been used by Vietnam and India as part of a concerted strategy to broaden and enmesh networks of political and defence cooperation, often aimed at keep external nations involved in the region. While arguably being more about the United States than Australia per se, the Australia-ASEAN CSP fits this mould. This evolving and important part of the Indo-Pacific’s strategic architecture is fundamentally conducive to Australia’s national interests.

The abrupt unravelling of the Australia-China CSP is unlikely to be repeated with Australia’s other CSP partners. By as early as 2014, China had already amassed over 29 CSPs – without particularly stringent criteria.

So, without being a panacea, CSPs can and do matter. Nonetheless, acting primarily as a symbolic important vehicle for high-level engagement, Australia’s CSPs will only be good as the time, effort and diplomatic resources that Canberra is willing to commit. On this score, Australia may be found wanting.

A candid assessment of Australia's challenges, but will the planned measures be enough?
Robert Horvath 24 Aug 2020 15:00

Alleged police brutality captured in a widely shared video puts a spotlight on abuses and demands for reform.