Indonesia is committed to “standing in the middle” between the United States and China and using ASEAN as a buffer. 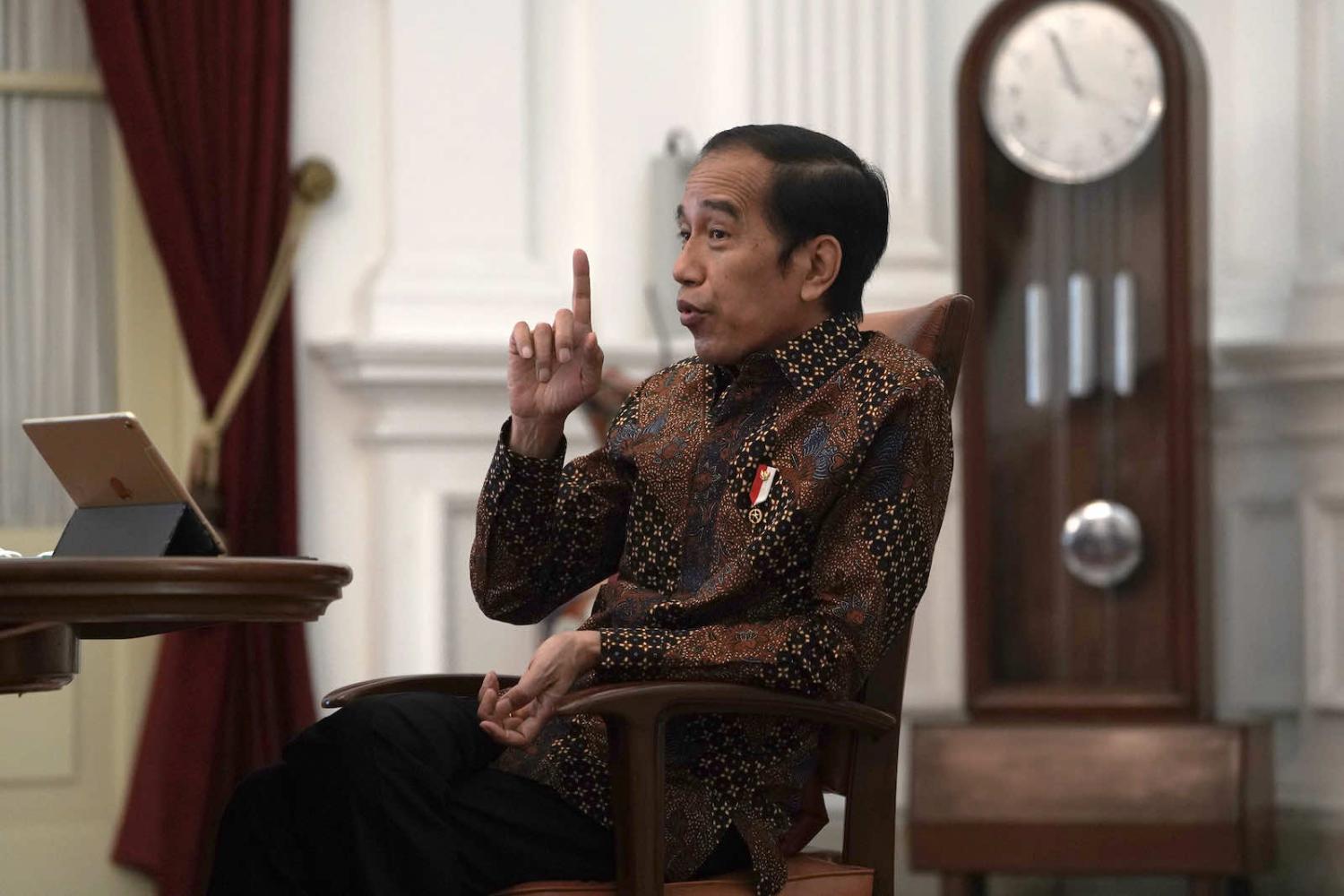 Amid Jakarta’s diplomatic shots across Canberra’s bow over AUKUS, Foreign Minister Marise Payne is travelling in Southeast Asia to reassure the region. This move comes after a volley of increasingly pointed Indonesian concerns about the impact that Australia’s acquisition of nuclear-power submarines might have on regional security and non-proliferation.

But despite the Australian Foreign Minister’s best efforts to ease fears in Jakarta and other regional capitals, AUKUS is just the tip of a deep and enduring divide between Australia and Indonesia over the future of power in the Indo-Pacific.

Indonesia’s initial response to the creation of AUKUS was critical, and it was subsequently announced in mid-October that Jakarta would seek a review of the Non-Proliferation Treaty in a bid to prevent states without nuclear weapons from acquiring nuclear-powered submarines. This was followed by at first indirect and then direct criticisms of AUKUS issued by senior Indonesian ministers alongside China’s Foreign Minster Wang Yi.

Then the ABC reported that Indonesia’s President Joko Widodo had “repeatedly and forcefully” raised concerns about AUKUS with Prime Minister Scott Morrison when the latter met virtually with leaders of the Association of Southeast Asian Nations.

Indonesia’s strategy also remains quiet on the critical question of how to manage China as the People’s Liberation Army fast eclipses the capabilities of even the US military in a range of arenas.

Despite this recent diplomatic divide over AUKUS, Indonesian and Australian officials share a long-standing preference for keeping the US militarily, diplomatically, and economically engaged in their shared neighbourhood. At the core of this preference is the view that the US plays a crucial stabilising role in the Indo-Pacific and deters states from using military force.

But unlike Indonesia, Australia has become more steadfast in its preference for US leadership. As Morrison has said, Canberra believes that a “balance of power that favours freedom” can only be sustained by “American power”.

Although the United States and Australia have starkly different views on some aspects of foreign policy – most notably trade and geo-economic policy – Canberra explicitly supports Washington’s efforts to maintain its global leadership role. With the AUKUS security partnership and the AUSMIN announcement of more US forces to be hosted in Australia, Canberra is deepening its military embrace of Washington and as a consequence positioning itself to assist with the execution of US grand strategy.

By contrast, officials in Jakarta are just as cautious about Washington’s intentions as they are about Beijing’s plans.

Canberra may see its security ties with Washington as “forever”. Yet Indonesian officials see the US as, at best, a necessary strategic balancer to prevent violent major power competition in Asia and, at worst, an exploitative great power preying on smaller states in the name of its own interests.

Irrespective of how fair it might be today, this deep scepticism of US power is a product of Indonesia’s long history of colonial subjugation and multiple experiences of foreign subversion and interference.

The US supported rebellions in Sumatra and Sulawesi in the 1950s as Washington sought to contain the expanding influence of communists to the island of Java. Then the CIA and other organs of US state power, along with the United Kingdom government, were implicated in the anti-left wing political purges of 1965–66, which may have ultimately killed more than one million Indonesians. While a violent period of Indonesian history, shared concerns about the spread of communism in Southeast Asia did help to strategically align the United States and the authoritarian New Order regime, which arose from the purges of the mid-1960s.

But during the 1997–98 Asian Financial Crisis, the New Order regime became a prime target in the Clinton administration’s goal of creating a “community of democratic and free-market nations”, leading to heavy pressures for political and economic reform in exchange for the disbursement of loans.

These and other experiences fed concern in a democratic post-Suharto Indonesia about the implications of excessive US power and hegemony, pushing Jakarta to reduce its economic and security dependence on the United States and its allies and diversify its sources of foreign capital, trade and military assistance.

Indonesia’s strategy to manage relations with major powers, including the United States and China, was to engage them in multiple layers of multilateral cooperation centred on ASEAN. Jakarta’s hope is that it will be best placed to advance its interests when it can leverage great powers as they compete peacefully in ASEAN-centred institutions.

Indonesia and Australia will be forever bound together by geography. But with deeply divergent views on how to manage the Indo-Pacific’s new power politics.

Of course, Indonesia’s strategy has not proven entirely effective and has not prevented China from using coercive tactics to pursue its goals. This is especially so in the South China Sea, where there exists a large overlap between China’s nine-dash line and Indonesian-claimed waters in the Natuna Sea. Indeed, as AUKUS was announced, Chinese ships continued oceanographic surveys in waters Indonesia claims as part of its exclusive economic zone.

Indonesia’s strategy also remains quiet on the critical question of how to manage China as the People’s Liberation Army fast eclipses the capabilities of even the US military in a range of arenas – from shipbuilding to air defence systems.

But regardless, the fundamental divergence between Jakarta and Canberra remains.

In contrast to Australia’s strengthening strategic alignment with the United States, Indonesia is committed to “standing in the middle” between the US and China and using ASEAN as a buffer against great power competition.

Notwithstanding the Australian Foreign Minister’s diplomatic tour of Jakarta and other Southeast Asian capitals, Indonesia’s distrust of minilateral arrangements that are seen to intensify great power rivalry will endure.

Indonesia and Australia will be forever bound together by geography. But with deeply divergent views on how to manage the Indo-Pacific’s new power politics, there’s the ongoing risk of this geographically close relationship becoming strategically estranged.

Huawei in Australia: the 5G fear

The Jokowi Administration is not the first Southeast Asian government to use name changes to obscure adverse developments on the water in the South China Sea.
Harriet Smith 10 May 2017 18:32

The Australian Budget has been released and foreign aid spending has been cut again, but funding for Papua New Guinea and the Pacific remains largely unchanged.