Will Australia use its amended sanctions act against Myanmar?

Coordinated international pressure on the coup leaders is urgently needed to stave off a growing humanitarian crisis. 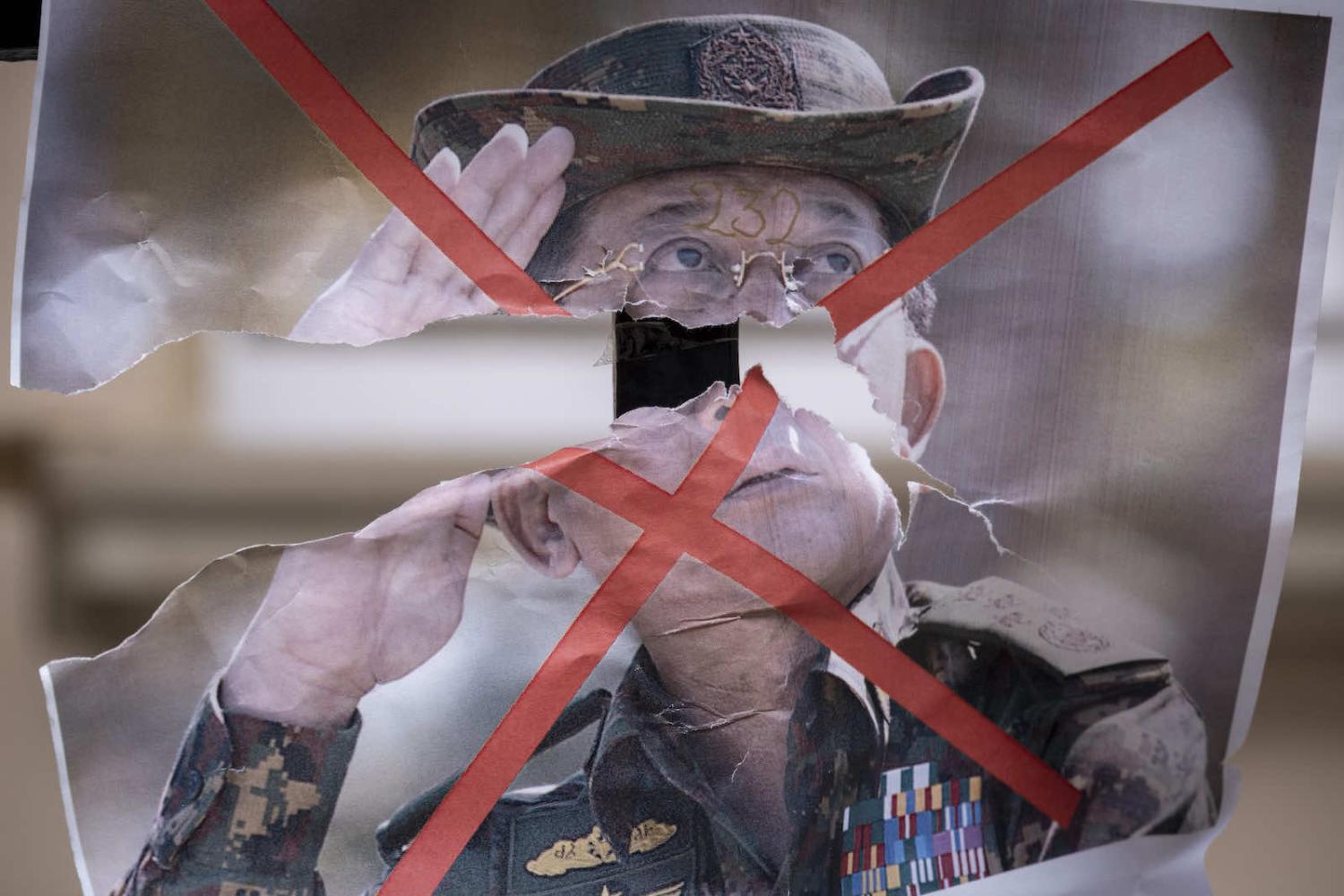 It was Christmas Eve 2021 when reports emerged about the Tatmadaw – Myanmar’s military – killing and burning 35 people in Kayah State, Eastern Myanmar. Of those killed and burned, four were children and two were humanitarian workers from Save the Children.

Reports of indiscriminate attacks like this have been terrifyingly common in the 12 months since Myanmar’s military coup last year, and they are not new. Egregious acts against ethnic minorities have been committed by the Tatmadaw over the past 70 years, but they have grown worse over time, as demonstrated by the army’s treatment of Rohingya people in eastern Myanmar driving an outpouring of refugees into neighbouring Bangladesh and the International Court of Justice making orders under the genocide convention to prevent “killing members of the group”.

Now, it’s not only the ethnic minorities bearing the brunt of Myanmar’s crackdown; last year’s coup d’état resulted in wide-ranging human rights abuses against what the military considers its own people – the Bamar.

Just weeks before the Christmas Eve massacre, the Australian government amended its Autonomous Sanctions Act 2011. The Act now allows the government to target sanctions according to themes, like malicious cyber activity, serious corruption, or human rights abuse. The Act was deliberately kept broad – along thematic lines – so Australia could respond to such crimes as it decided or could apply sanctions collectively, such as alongside the United States and the United Kingdom. It’s argued that these Magnitsky-like sanctions are more effective when collectively enforced. Over the past year, like-minded countries coordinated sanctions against Myanmar. The United States, the United Kingdom and Canada for example this month applied sanctions to the same judicial officials in Myanmar.

Debates during former periods of military rule have pitted pro-sanctions advocates against pro-engagement advocates, but this needn’t be the case.

In the coup’s aftermath, Foreign Minister Marise Payne volleyed calls to apply sanctions. Months passed, prompting a parliamentary committee to make its own recommendations for Australia’s policy on Myanmar, including a call for sanctions to be considered. In response, Payne did not put the issue to bed: “The Australian Government continues to keep our Myanmar sanctions regime under active consideration and all options remain on the table.”

The government has yet to publicly resolve the issue of sanctions on Myanmar, despite passing amendments in December allowing targeted sanctions on people and conglomerates committing against crimes against humanity. It’s likely the government is waiting for the release of Sean Turnell, an Australian economist caught up in the Tatmadaw’s politically charged imprisonments following the coup. Turnell’s release is tipped to happen in a matter of days, on the 75th anniversary of Myanmar’s Union Day. All signs point to this result: the Cambodian Prime Minister Hun Sen, the current Chair of the Association of Southeast Asian Nations, this week made a statement about Turnell’s imminent release, only to be quickly contradicted by both the Australian government and Myanmar’s military. However last year more than 23,000 prisoners were released in commemoration of Union Day, suggesting that Hun Sen may have made a false start by announcing too early.

Payne may use the release of Turnell as a reason to hold off from applying sanctions. But the release should not absolve Australia’s responsibility to ensure Myanmar is accountable for its egregious rights abuses.

Australia can play an important role in contributing to a globally coordinated sanction regime to defend Myanmar’s civilians. Debates during former periods of military rule have pitted pro-sanctions advocates against pro-engagement advocates, but this needn’t be the case. It’s true that sanctions aren’t always the answer; they’re loaded with controversy and mixed results. But usually, it’s the blanket economic embargoes type of sanction that sparks debate, for their ability to cripple whole economies while punishing civilians, too. Targeted sanctions are less comprehensive, allowing governments to discriminate against non-state actors including corporations or individuals. For its part, the opposition Labor party in Australia has begun agitating for targeted sanctions against Myanmar’s military.

People from within the crisis – Myanmar locals – are urging governments to adopt these new sanctions. People from Myanmar – or Burma as many still call it – know that it will take more than backroom diplomacy to affect change. The military will not lay down arms without a fight, and they have billions in income from multiple conglomerates to support a life-long war. The military is also constitutionalised, and officers believe in their sector-wide leadership, superiority and “disciplined democracy”. Relying on international leaders – or indeed on ASEAN as Australia has done – to ask Myanmar generals to lay down their arms overlooks the impervious nature of the military there.

In the meantime, air raids on civilians by the Tatmadaw continue to contribute to a burgeoning humanitarian disaster, in which refugees are being turned back at Myanmar’s borders due to scarce resources and other factors such as Thailand’s discriminatory refugee policy.

Australia will no doubt continue to defer to ASEAN as the first responder, but that will do little to stem this humanitarian disaster. It’s time for a bold move.

The Reuters case is about more than press freedom but also relations between Myanmar and the international community.
Merriden Varrall 22 Mar 2017 15:53

China wants to use the visit to try and clear up a few 'misunderstandings' with Australia.
Vivienne Chow 5 Nov 2018 15:30