Australia’s new embrace of South Korea in minerals, defence, and trade is well-timed as the country catches up to Japan. 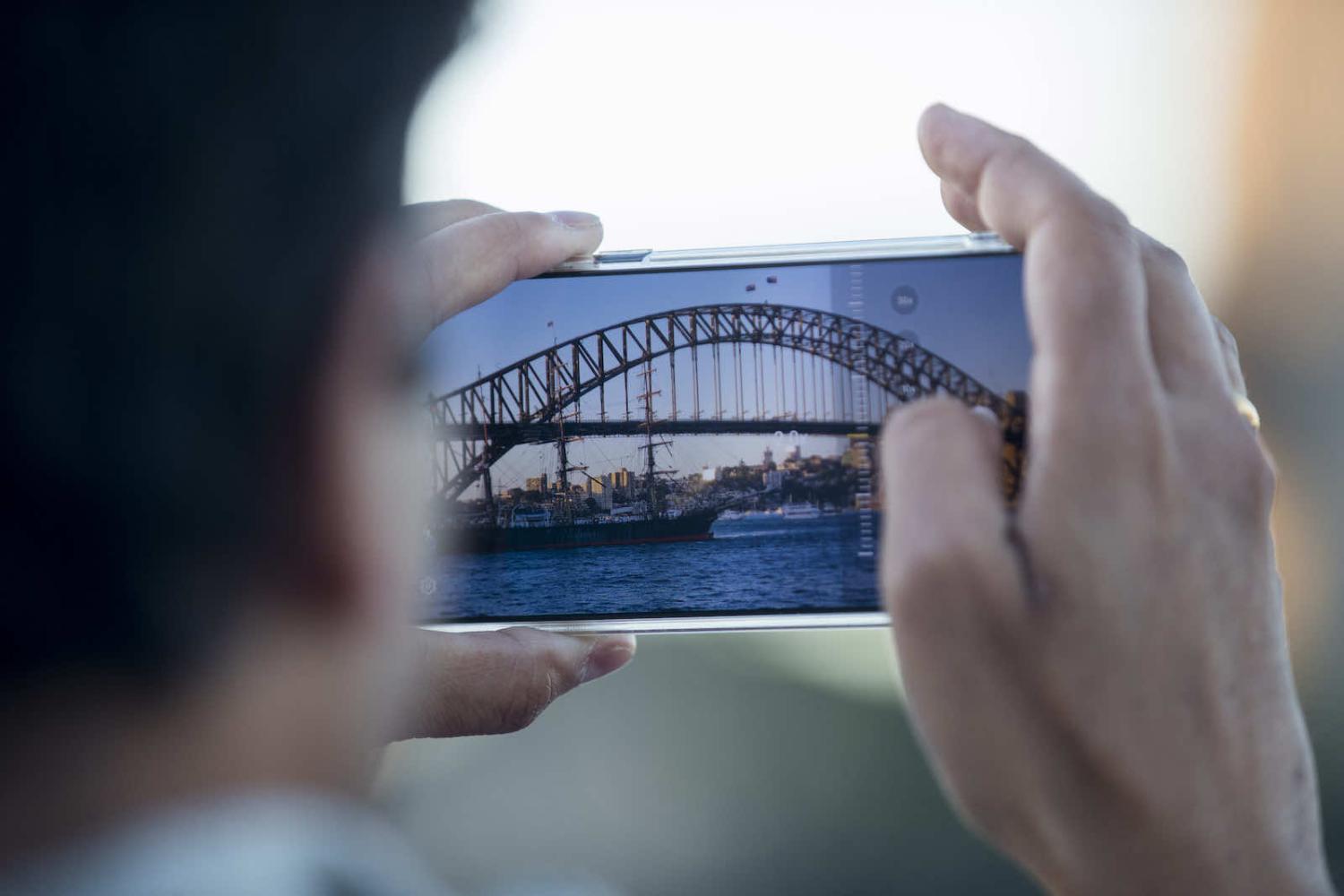 Demand for smartphones, electric vehicles and other technologies is booming, and with it the need for rare earth minerals (Brent Lewin/Bloomberg via Getty Images)
Published 10 Feb 2022     Follow @Greg__Earl

The first loans under the Morrison government’s new program to support the production of critical minerals provides another insight into just how central the relatively low-profile Export Finance Australia has become to dealing with Chinese economic influence.

Trade Minister Dan Tehan announced loans valued at $239 million to mining companies EcoGraf Limited and Renascor Resources earlier this month as a response to “booming global demand for smartphones, electric vehicles and other technologies” which rely on rare earths-based components.

That tech talk might have sounded all very diplomatically neutral. But it skated around the way EFA now has a role in far more future spending under the government’s burgeoning muscling-up-to-China programs than it currently does under its own traditional trade finance and insurance function. And that’s despite also getting its own capital boost for more Indo-Pacific infrastructure lending.

In the past few years, the former Export Finance Insurance Corporation has been given various roles implementing the $1.5 billion in loans under the 2018 $2 billion Australian Infrastructure Finance Facility in the Pacific (AIFFP), the 2019 US$3 billion Defence Export Facility and now the $2 billion Critical Minerals Facility. That is on top of older roles advising on lending policy at the National Housing Finance Insurance Corporation and the $5 billion Northern Australia Infrastructure Fund, which is itself being drawn into geopolitics with its own funding for critical minerals.

The three newer funds now have about $8 billion between them with different missions and spending horizons but they have all been crafted in the past four years as the government has sought ways of responding to a more assertive China.

The geopolitically sensitive spending has only really kicked into gear in the past few months with almost $1.8 billion in government backing for Telstra to buy Digicel Pacific (for which EFA was also given new equity investment power) to fend off a mooted Chinese purchase, then the $580 million for ports in Papua New Guinea (where China was touting new aid only last week) and now the critical minerals lending (which is intended to help break the Chinese stranglehold on production of some of these resources.)

Korean companies are pushing to become global scale producers of critical mineral-intense technologies such as a magnets and batteries, while Australia is already the biggest producer and exporter of the battery component lithium.

While the $8 billion may not be fully spent for years, it compares with the EFA commercial loan book exposure on hundreds of commercial export and investment projects of about $1.7 billion at the end of last financial year. This provides an interesting measure of how the nature of Australian government support for offshore commercial activity has shifted significantly from traditional export insurance, mainly due to the China challenge. And the changes to the way aid is being managed and redesigned add to this shift.

In EFA’s case it involves a hybrid arrangement where the agency must turn a profit and produce a dividend for the government on its commercial account. But the government uses its national interest account at EFA to house geopolitical loan spending and in effect keep it off the federal budget, where conventional development aid is accounted for. So, for example, some recent emergency lending to support PNG’s budget have been housed in the national interest account in contrast to the old days when Australia used to pump money into PNG’s budget via aid spending.

There are going to be some longer-term issues about accountability, performance measurement and which private companies deserved this government intervention in regional business when more of the $8 billion has been allocated.

But as noted here back in November 2019, this amounts to a more nuanced and practical response to China’s Belt and Road Initiative (BRI) than the political point scoring that went on over Victoria’s now overturned memorandum of understanding with the flagship Chinese regional geoeconomics project.

The second dimension of the first two critical minerals loans is that they have also quietly cemented the geostrategic relationship with South Korea.

When President Moon Jae-in visited Australia in December most of the attention was unsurprisingly devoted to Australia’s $1 billion deal to buy self-propelled howitzers from Hanwha to be made in Geelong, possibly paving the way from an even bigger armoured personnel carrier purchase from the same company.

But EcoGraf Limited and Renascor Resources each have arrangements to sell critical minerals to Korean manufacturers – and other countries.

Korean companies are pushing to become global scale producers of critical mineral-intense technologies such as a magnets and batteries, while Australia is already the biggest producer and exporter of the battery component lithium and possibly has the second largest reserves of cobalt.

Korean officials called for more cooperation with Australia in October last year just after the Critical Minerals Fund was announced and during Moon’s visit an agreement on cooperation in critical minerals supply chains was signed along with an agreement on clean hydrogen development.

Consistent with Moon’s more cautious approach to his near neighbour, there was little mention of China during these announcements. Nevertheless, Korea wants to avoid seeing its ambitious expansion into these new technologies hurt by a repeat of the rare earths export embargo China applied to Japan in 2010–14.

But Moon was still quite ambitious declaring:

Our two countries share the view that establishing a stable mineral supply chain is important not only for the two countries, but also for the global economy … We will systematically cooperate throughout the entire resource development cycle, including mineral exploration, development, production and mining disaster management.

There has been a lot attention devoted to Australian supply chain cooperation with Japan and India – and perhaps more at Friday’s Quadrilateral Security Dialogue meeting in Melbourne. But the Korean deals involve some genuine comparative advantage for each country that should underpin the desired greater bilateral geopolitical cooperation.

And for two countries with a more delicate geopolitical relationship with China than the United States, they represent a less confrontational approach to dealing with China’s proclivity for rare earths export coercion than the US Congress threat to ban defence manufacturers from buying any Chinese rare earths.

Australia’s effort to build closer economic and strategic relations with South Korea with the defence deal, the new resources engagement and support for Seoul to join the Comprehensive and Progressive Agreement for Trans-Pacific Partnership trade deal was a welcome outreach to a country with a more nuanced approach to China.

But it also looks well-timed with the news that South Korea is close to or has overtaken its former colonial ruler Japan in one of the key measures of relative national economic success – gross domestic product per capita.

The Japan Center for Economic Research set this hare running with forecasts in January that South Korea’s nominal GDP per capita would overtake Japan in 2027 in a highly symbolic transition that is unlikely to help these two erstwhile Western security partners put aside their deep historical grievances about the colonial era.

The tinderbox and dirigiste quality of the bilateral relationship – that should worry partners like Australia ­– has already been underlined this year by Japan’s move to seek world heritage listings for some historic mines which were worked with Korean enforced labour in the early years of last century. Korea has lodged a diplomatic protest.

But meanwhile Japan economist Richard Katz has calculated that using the World Bank’s purchasing power parity-based real data, Korea has already passed Japan’s per capita GDP and is pulling away.  This is because its productivity has been growing faster as Japan’s output per worker has been flat.

Moreover, Katz points out “unlike Japan, Korea has passed on the fruits of its productivity growth to its workers. For the three decades from 1990 through 2020, annual real wages (not including benefits) barely increased in Japan, whereas they almost doubled in Korea. Korean workers now enjoy higher wages than their Japanese counterparts.”

South Korea, of course, still faces some of the same structural and demographic challenges that Japan has, or is, facing. But this is still a good time for Australia to be giving some more attention to Asia’s fourth largest economy.

We are so accustomed to hearing ministers spruik the close relationship between Indonesia and Australia, it can be easy to forget that tensions still simmer below the surface.
Edmond Roy 9 Sep 2021 11:00

A cricket match offered a field to engage on rights issues but instead the government further isolated the Taliban.
Dominic Meagher 16 Mar 2020 11:30

Control over the spread of virus is possible. How? Aggressive and persistent tracing of every single case. Starting now.