Bitcoin vs the IMF, and other great expectations

A roundup of recent economic events foreshadows a year of flux and reinvention, from Europe to the Pacific. 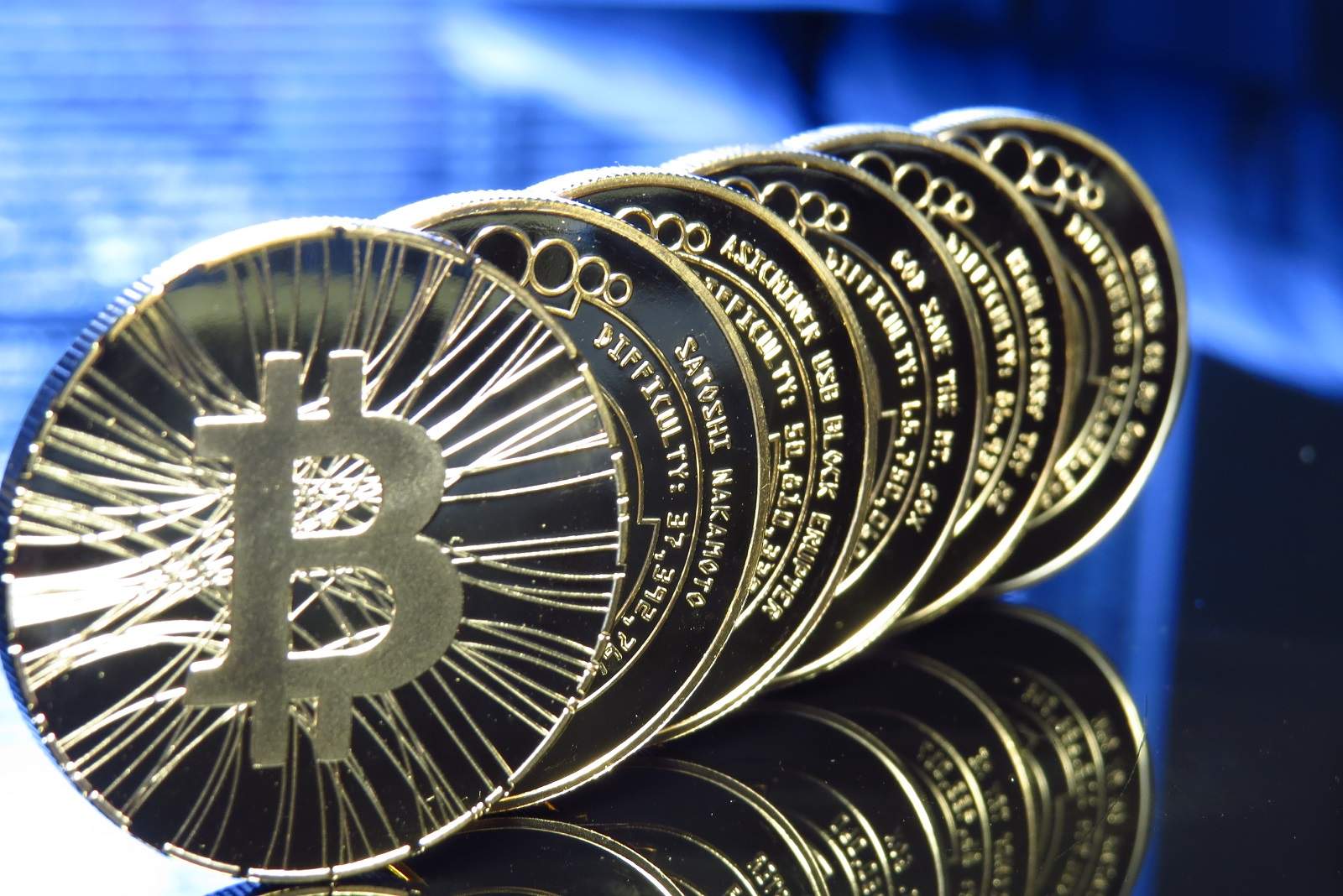 El Salvador ranks only 89th on the latest index of cryptocurrency adoption around the world, but it may be at the frontline of one of the fascinating global financial questions this year. Will it be nervous investors or nervous financial regulators that play the key role in containing one of the truly left-field outcomes of the Covid-19 global health contagion – the boom in decentralised digital currencies over the past two years?

Last year ended with fulsome profiles in various financial newspapers (see The Economist or the Australian Financial Review) of key figures behind the decentralised finance (DeFi) movement largely thanks to Bitcoin’s stunning rise to almost US$69,000 last November.

But the new year has begun with International Monetary Fund (IMF) research calling for regulation of cryptocurrency to head off a new global financial contagion and the US Federal Reserve Board issuing a discussion paper that ponders the need for its own digital currency to fend off competition from both the anarchic DeFi side and conventional strategic side from the likes of China.

El Salvador looks like the canary in the coal mine for global regulators with President Nayib Bukele leading national Bitcoin speculation after his country became the first to recognise it as official tender.

Bukele has ignored previous IMF and new analyst warnings about being locked out of credit markets, arguing that his radical currency policy will make it easier for overseas workers to send much needed foreign currency home.

But on Tuesday, just as Bitcoin recorded a 50 per cent decline since November, the IMF Board told El Salvador to remove the digital currency’s legal tender status.

In an escalation of its approach to this issue it said: “There are large risks associated with the use of Bitcoin on financial stability, financial integrity, and consumer protection, as well as the associated fiscal contingent liabilities.”

With Bitcoin having almost halved in value in the past few months, global investors have both possibly curbed the DeFi boom and increased the emerging market volatility threat.

The Global Crypto Adoption Index produced by Chainanalysis underscores the potential challenge for the global financial agency with 18 of the top 20 adopters last year being developing countries. The adopters were led by Vietnam, India and Pakistan, Ukraine and Kenya. (Australia, by the way, is ranked 38).

But it also highlights the powerful attraction of cryptocurrencies in countries such as El Salvador where offshore worker remittances represent up to 20 per cent of the economy and citizens think they will avoid devaluation by keeping their savings in the new format.

“Many emerging markets represented here limit the amount of the national currency that residents can move out of the country,” the Index reports. “Cryptocurrency gives those residents a way to circumvent those limits so that they can meet their financial needs.”

Last year, the IMF warned that the crypto boom had only underlined the need to make it easier for offshore workers to be able to send money home to families more efficiently and confidently, especially with Covid-19 cutting growth in the developing world. And the US Fed’s discussion paper also concedes high remittance costs undermine international commerce.

But while rich world investors have suddenly become concerned that crypto investment may no longer provide the much-vaunted non-correlated alternative to shares, the latest IMF research warns that this has broader prudential risks in the emerging markets embracing these new currencies.

It finds that there has been a significant increase in the “volatility spillover” from changes in the value of Bitcoin on the benchmark MSCI emerging markets index, and that it is growing in relative significance compared with the traditional impact of US stockmarket changes on emerging markets.

So, “the equity markets in emerging market economies are increasingly influenced by crypto price swings”, according to the IMF, just when they are facing a major setback to their growth outlook due to Covid-19.

But with Bitcoin having almost halved in value in the past few months, global investors have both possibly curbed the DeFi boom and increased the emerging market volatility threat, as El Salvador is learning.

It is not always straightforward to get a handle on real foreign policy priorities given the proclivity these days to make vague commitments on the back of a ministerial meeting or other development.

But the Australian government’s Mid-Year Economic and Fiscal Outlook (MYEFO) – which is often missed in the run-up to the summer holidays – provides an interesting insight into where the new international relations money has been allocated since the last federal Budget. Much of this has been already announced, but the MYEFO provides a clearer basis for comparison.

And putting aside $408 million over two years in new Covid-19 assistance to the aviation and tourism sectors, the geographic winner at face value is once again the Pacific, with Southeast Asia playing catch-up.

The new spending by the Department of Foreign Affairs and Trade (DFAT) and three other departments over the four year forward estimates on the expanded Pacific worker program is forecast to be $131.4 million.

The now uncapped Pacific Australia Labour Mobility scheme sits alongside soft loan-funded infrastructure as the new driver of aid to the Pacific. And the Tonga tsunami provides a bit of perspective on how Australia seems to be quietly preparing in the new labour scheme to take in citizens from the Pacific due to climate change.

In a neat example of why these new forms of non-cash aid are increasingly in favour in a financially stretched government, the MYEFO estimates that the spending will be more than offset by domestic revenue of $165 million and GST payments of $50 million over four years.

The Comprehensive Strategic Partnership with the Association of Southeast Asian Nations (ASEAN), which was announced during the November summit season just ahead of a parallel Chinese deal, gets $44 million over the next three years on initiatives that are so far mostly focussed on bringing students to Australia. The long-term planning is for $161 million over nine years, on top of roughly $500 million over four years for various Southeast Asian initiatives announced in late 2020.

But in parallel – although not explicitly linked – the new Australian Agriculture Visa, which is substantially focussed on Southeast Asia, is forecast to be a better net revenue generator over time than the Pacific labour scheme. It is estimated to cost $122 million over four years, with no revenue this year but $150 million over the next three years.

While DFAT seems intent on protecting the Pacific scheme from the potentially more liberal agriculture visa, if the latter turns out to generate proportionately more revenue it will likely draw even more support from the farm lobby.

Bedding down the new Comprehensive Strategic Partnership with India ranks next geographically with the government spending $29 million over four years on measures including a Bengalaru consulate and a Centre of Excellence for Critical and Emerging Technology Policy as part of the broader Indo-Pacific policy.

The ongoing funding will be $5.2 million per year with no forecast revenue gains, in contrast to the parallel new Pacific and Southeast Asian initiatives. That could arguably be seen as a more expansive bet on India compared with the pea and thimble cost offsetting going on in the Pacific.

It may have always been inevitable, but the Pacific Step-up is looking more like a Papua New Guinea rescue program with this month’s port funding deal finally laying out some serious money.

The $580 million announced by prime ministers Scott Morrison and James Marape on about seven ports over an unspecified timeframe amounts to more than a quarter of the $1.5 billion in debt and $500 million in grants that was committed to the Australian Infrastructure Financing Facility for the Pacific (AIFFP) in the 2018 Step-up announcement.

And it’s a significant step up from the $400 million figure mentioned last June as possible spending on the ports and the roughly $100 million committed so far on fewer than ten AIFFP projects around the region.

PNG has also been the beneficiary of two Australian cash injections totalling $458 million into its national budget over the past two years in a reversal of the previous policy to provide specific project aid rather than general budget support.

It has also been the recipient of special Australian-led aid initiatives for highlands electrification, an undersea telecommunications cable to Australia, and last year’s government support for Telstra to buy mobile phone company Digicel Pacific, all aimed at heading off potential Chinese investment.

With PNG accounting for more than two-thirds of Pacific islands GDP and population, this is not at all disproportionate, but it does underline a very diverse, growing and little appreciated Australian role in underpinning the former colony’s infrastructure.

Morrison said his “dear friend” Marape had brought “a real focus to where that support needs to go to get the best possible outcome for both countries. And that inspires a lot of confidence in Australians that the investments of the support we're making is making a real difference.”

Then with no reference to the Chinese alternative he said: “We can reasonably expect each other to be standing by each other, and that’s what you and I … have done, and we have sought to do more broadly across our blue Pacific in the leadership responsibilities that we have there.”