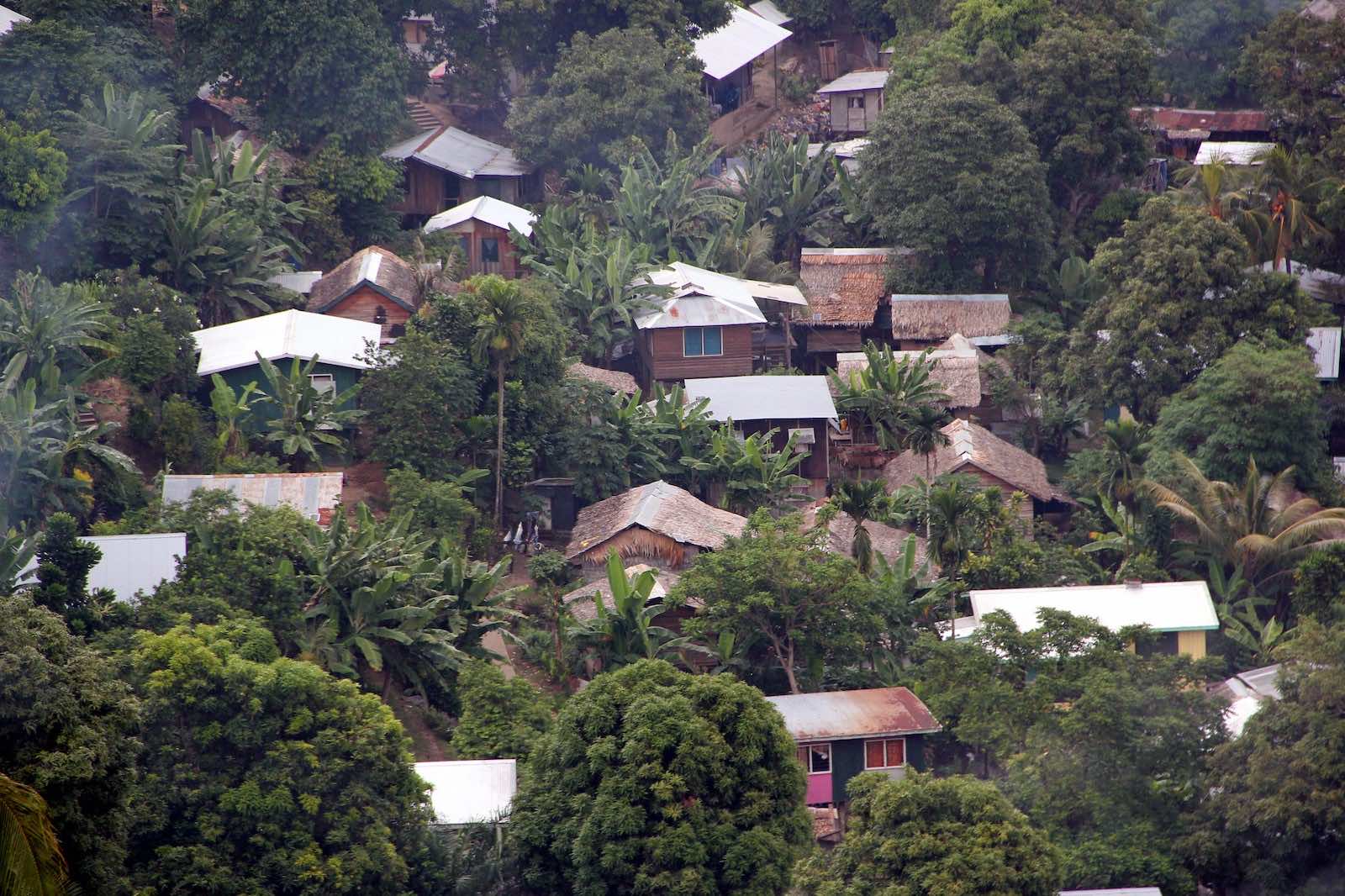 After Build Back Better World (B3W), the Blue Dot Network and the Australian Infrastructure Financing Facility for the Pacific (AIFFP), the latest entrant on the acronym-strewn path to a renovated region is disarmingly bland.

Infrastructure ++ is the leitmotif from a quietly released review of Australian aid-funded infrastructure building efforts in the decade before Prime Minister Scott Morrison put an extra $3 billion on the table in the 2018 Pacific Step-up.

With infrastructure building ­– or even buying in the case of Digicel Pacific – now such a key part of aid and national security, the report by former senior bureaucrat Stephen Sedgwick with David Bray and Irene Wettenhall provides a roadmap for future decision making. Indeed, Department of Foreign Affairs and Trade chief economist Jenny Gordon says the “more detailed work underpinning this report is being used by DFAT programs to learn from, and build upon, Australia’s strong record of infrastructure partnerships with Pacific governments.”

Infrastructure ++ is the leitmotif from a quietly released review of Australian aid-funded infrastructure building efforts.

After studying 28 aid grant funded projects between 2010 and 2018, the report recommends much closer coordination between the new hard infrastructure building and what might be called the older “soft infrastructure” aid in governance, health and so on. With reference to poor maintenance of past infrastructure aid projects it argues:

Investments that build human capital and institutional capacity enhance the development effectiveness and sustainability of investments in economic infrastructure.

And it goes on to claim that the broader Australian aid program – with its new mix of equity, loan and grant arms – has a capacity to pull together the governance framework, human skills and quality building that will avoid the “build-neglect-rebuild” failed projects from the past. This can allow Australia to stand out as an integrated provider from the key alternatives in the form of construction powerhouse China and the more hands-off but well-funded multilateral development banks (MDBs).

The report says in less pointed language: “This evaluation argues that such an approach is consistent with Australia’s existing comparative advantage compared to some other donors, and its strategic interests.”

And while China is often seen as the motivator for this new spending, the report argues that Australia can also have different interests to the  MDBs and so has to make careful decisions about whether to go it alone on some projects.

This was largely completed before the government stepped up the Step-up by giving EFA new power to take equity stakes just in time to do just that with the almost $1.8 billion support for Telstra’s $270 million investment in Digicel.

But in an interesting insight into the policymaking process that was underway, Sedgwick endorses the equity idea as a “sensible addition to EFA’s armoury” which would help “crowd in” investors unfamiliar with the region and allow EFA to be involved in business case development from the beginning.

At a time when independent assessment of aid projects is being wound back as part of the aid integration into DFAT, Sedgwick argues, even before the Telstra support package, that a new mechanism is needed to assess the impact of the increased Pacific spending. Noting that this review is too early to assess Pacific Step-up projects that could take three-to-five years to come to fruition, Sedgwick says EFA’s own internal commercial assessments processes may not be suited to evaluating projects which have been funded in the national interest without specific commercial outcomes.

Indeed, he says “the risks that diffused and long-term benefits may not be realised” in projects the government backs for national security reasons might even put them outside EFA’s normal appetite for commercial risk. So, in this case:

It would be in the government’s interests to establish and fund a benefits monitoring and evaluation regime to enable it to demonstrate subsequently that financing made available in such circumstances has been applied efficiently and effectively for public policy purposes.

Putting the Telstra case aside, this is the sort of benefits evaluation that could be applied to the Papua New Guinea telecommunication cable given the suggestions that it has not actually made the internet more accessible or cheaper in PNG.

To DFI or not

The ghostly presence in these reports (but not surprisingly outside their terms of reference) is whether Australia now needs a formal development finance institution or whether the regular changes to EFA’s mandate amount to a de facto Development Finance Institution (DFI).

While this has gone on below the radar in Australia, the United States has formally replaced its 50-year-old Overseas Private Investment Corporation.

It is quite striking how the low profile erstwhile Export Finance Insurance Corporation has quietly become the frontline agency in muscling up to China’s mooted infrastructure building ambitions in the Pacific. At the same time, it is also taking on some of the characteristics of a domestic financing agency with its mandates on rare earths and defence production.

While this has gone on below the radar in Australia, the United States has formally replaced its 50-year-old Overseas Private Investment Corporation with the International Development Finance Corporation with more money and power. There is even a Congressional debate about the need for a domestic development bank as part of the Biden administration’s infrastructure spending plans.

Terms of reference or not, Sedgwick weighs into this debate arguing that EFA is a commercial entity and should not be regarded as a DFI with responsibility for all the wider social and environmental impacts of development aid spending. But he does point out that that AIFFP has more of the characteristics of a DFI with its grant money alongside soft loans. Then, rewinding to the Infrastructure ++ concept, he says that DFAT could “leverage” some EFA projects with parallel aid projects “to demonstrate Australia’s interest in being a long term, broadly based development partner of key countries.”

Australia’s peers from Britain to Japan tend to have DFI’s as well as export credit agencies. So, the Australian hybrid model in the form of EFA/AIFFP plus various add-ons such as the new $141 million Partnerships for Infrastructure in Southeast Asia and now Infrastructure ++ tends to stand out for its learning on the job pragmatism.

But that only makes proper evaluation more necessary.

These agencies are falling well short of the goals for mobilising private capital in developing countries that were set by the United Nations Addis Ababa Action Agenda in 2016 and likely to fall further behind due to Covid-19.

The private investment they mobilised in developing countries rose from US$14 billion in 2012 to US$20 billion in 2018. While it is not strictly comparable, EFA says it “enabled” $2.7 billion in exports and investments last financial year and the largest private capital so far mobilised by the $2 billion AIFFP is a $70 million loan for Fiji airport.

The ODI study says the DFIs are slowly moving towards being prepared to support private financing in lower income developing countries, which is what Australia is trying to do in the Pacific. And as Australia has just given EFA the power to take equity stakes to increase its funding reach, the ODI says there is slow progress on this front in the real DFIs with the use of direct and indirect equity declining since 2013.

The study also provides little support for Telstra/Digicel-style deals where government backing is provided to private companies to buy established assets in developing countries. It says these opportunistic deals are consistent with the commercial orientation of DFIs but they have a limited “transformative impact" for the recipient country.

Show 1 Comments
Previous Article
Nord Stream 2: Will you go to the Gazprom with me?
Next Article
The true challenge to Indonesia’s large informal economy