Sparing between Scott Morrison and Emmanuel Macron is about more than a broken deal but the manner it was conveyed. 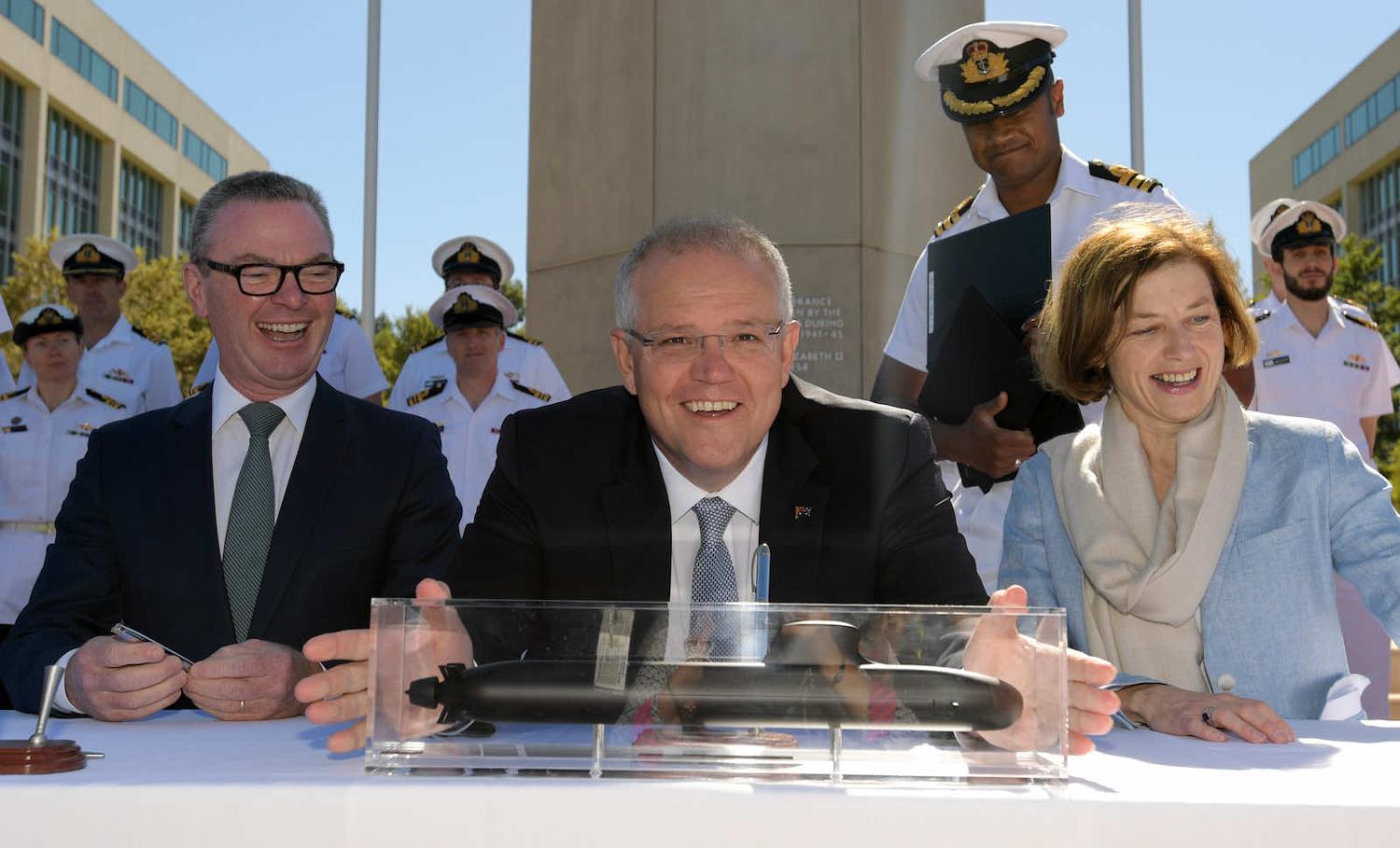 Last week in Australia news headlines brimmed with emotive accusations about a betrayal of trust levied against Prime Minister Scott Morrison. French President Emmanuel Macron had already said Australia’s decision to scupper the $90 billion submarine deal “broke the relationship of trust between our two countries” in a statement following an earlier phone call with Morrison. He also made it quite clear that it was up to Australia to seek to repair the relationship – only to deliver a stinging critique of Morrison at the G20 summit, claiming Morrison had lied to him.

Soon after, personal text messages from Macron to Morrison appeared in the Australian media, cast to appear that Macron knew something was awry before the deal was cancelled.

All of which underlies how important trust is in international politics, and how difficult it is build and then repair.

It may seem odd to talk about trust between countries. International politics is often portrayed as a cut-throat endeavour, dominated by the aggressive pursuit of national interests in a system defined by anarchy. Yet trust is still important. Trust helps to facilitate cooperation on a whole range of things – from the high-level trust facilitating extensive intelligence sharing between the Five Eyes partners, to the trust which goes into preventing enemies from going to war, or the attempt to build common ground to address global challenges, as evident at the present COP26 negotiations on climate change.

A big part of this is trust between leaders.

Think, for instance, of the difference between Tony Abbott and Malcolm Turnbull in their relationships with Indonesian President Joko Widodo. Or the difficulties the Australia-United States relationship faced with Gough Whitlam and Richard Nixon compared to Harold Holt and Lyndon Johnson.

It seems evident that Macron expected clear and transparent communication, and a more substantial period of notice before the announcement of AUKUS went live.

It seems evident that Macron expected clear and transparent communication, and a more substantial period of notice before the announcement of AUKUS went live. The French Ambassador to Australia, Jean-Pierre Thébault, spelled this out clearly in the immediate aftermath. As he was being recalled to Paris, he said “the sense of treason is very strong”, given Australia had been working on cancelling the submarine deal for months without alerting the French. The leaking of texts between Morrison and Macron further exacerbated matters, with Thébault describing it as “an unprecedented new low in terms of how to proceed and also in terms of truth and trust”.

Macron may be playing up the issue for a domestic audience, particularly in light of the upcoming election. This does not mean, however, that the betrayal is not felt. Such a feeling is not easily fixed, and will take an investment of time, effort and the right people in the right places.

Morrison, too, has an eye for a domestic audience. Rather than setting out on a mission to repair the relationship, he has denied wrongdoing and dug in. The talk of France as a crucial partner in the region has suddenly evaporated.

Of course, leaders are not the only place where trust is important. The state of trust between two countries is also shaped between governments more broadly, between diplomats, between societies, and where relevant between defence forces and intelligence personnel. Trust begets trust, to ensure continuing cooperation, even during a breach at the leadership level.

You can see this in the emphasis Macron has put in favourable comments about Australia as a country, and the Australian people, stating “I have a lot of respect for your country, I have a lot of respect and a lot of friendship for you people”. He is strongly indicating that his problem is with Morrison specifically, rather than the relationship more broadly.

It can also be seen in the constructive engagement between Australian Foreign Minister Marise Payne and the French Ambassador.

Still, in the near term, management of the rift outside the leaders is probably the best that can be hoped for.

We need to break out of our government buildings, our embassies, our ivory towers, and engage with people.
Matt Bevan 12 Oct 2018 06:00

Where India’s Supreme Court has grown in stature, partisan bickering may undermine the US Supreme Court for years.
Greg Raymond, John Blaxland 11 Dec 2017 10:39

Attitudes about friend or foe shift dramatically when countries work together on a serious security problem.