Governments might worry about short-term political horizons. But have faith the public can judge the long-term risks. 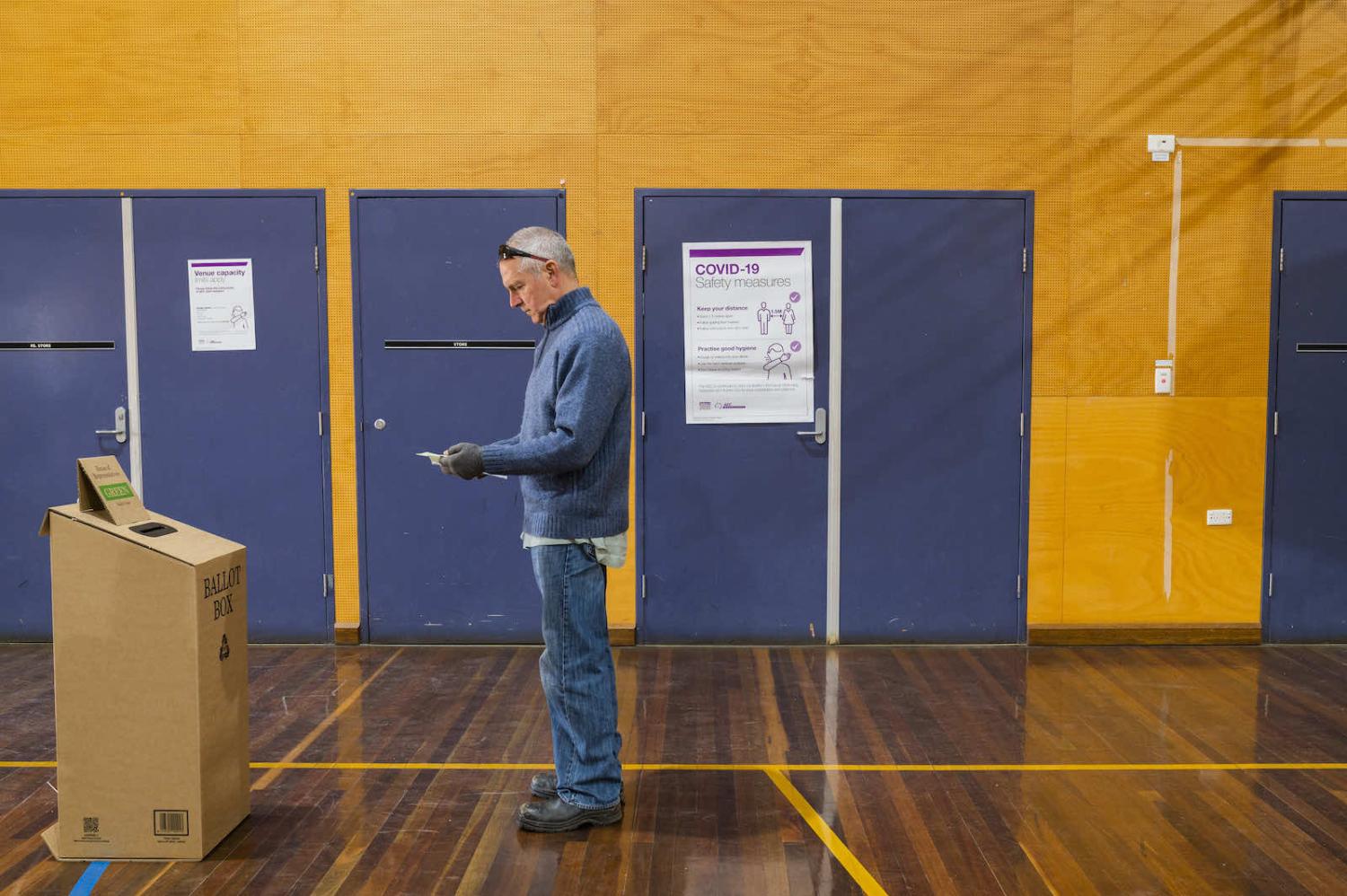 Prime Minister Scott Morrison might have officially fired the starter’s pistol for Australia’s election campaign on Sunday, but the ritual belies reality. This race has been underway for months.

Indeed, democracies across the world hear a common complaint that vote-conscious politicians never really take the time to govern.

Compared with other “like-minded” democracies, the Australian government is given little electoral grace.

If Morrison’s message is correct – that “we are dealing with a world that is less stable than at any other time since the Second World War” – planning for the long term seems essential. As Lowy’s Richard McGregor observed at the weekend, China’s rise has driven Australia to massive and expensive projects, such as building nuclear-powered submarines or underwriting the takeover of Pacific telecommunications, and these will require decades of work and multiple governments to bed down.

Compared with other “like-minded” democracies, the Australian government is given little electoral grace. France just held the first round of its presidential poll, with Emmanuel Macron competing for five more years in the Elysée Palace. The United Kingdom and Canada also allow for five-year parliamentary terms, although both have held early elections in recent times. The United States has a four-year presidential cycle. Only New Zealand persists with asking the people for a verdict on the government every three years.

But is too much democracy a bad thing?

The concern about short-term political horizons is countered by the general sameness of the choices. On the big issues, whether subs or dealing with China, the major parties present as one, rhetorically at least. The contest is instead centred on personality and competency.

This election will underscore what is now established as a presidential style of campaigning in Australia, as much as Morrison might claim this election is “not about any individual”, or Labor’s Anthony Albanese promises he will be “engaging in the policy debate”. The party leaders will dominate media coverage – the “Ultimate test of character” as The Australian headlined today – because that is the fight the parties want.

So, the shorter timeframe that allows Australians to pass judgement on a prime minister’s performance is no bad thing, especially as the parties themselves have made it harder for an incumbent leader to be kicked out. As the ABC’s Annabel Crabb drolly noted, Morrison has just become the first Australian federal leader to complete a full parliamentary term since 2007. A common frustration heard during the political turmoil of the 2010s was that instead of backroom deals to remove the prime minister, it would be far better to allow the public with its innate sensibility to decide. An election is that chance.

The Merkel model may no longer be fit for purpose in a rapidly evolving European Union.
Rory Medcalf 10 Apr 2018 09:30

Talk of a Chinese military base in Vanuatu should provoke tough questions in Australia, but not undue alarm.
James Goldrick 3 Sep 2021 06:00

“Sea control” is not about dominating waters but only to the extent necessary to ensure the movement needed.