The double challenge for Suga

Japan’s Prime Minister cleared a massive Olympic hurdle. But will he trip up on the politics to follow? 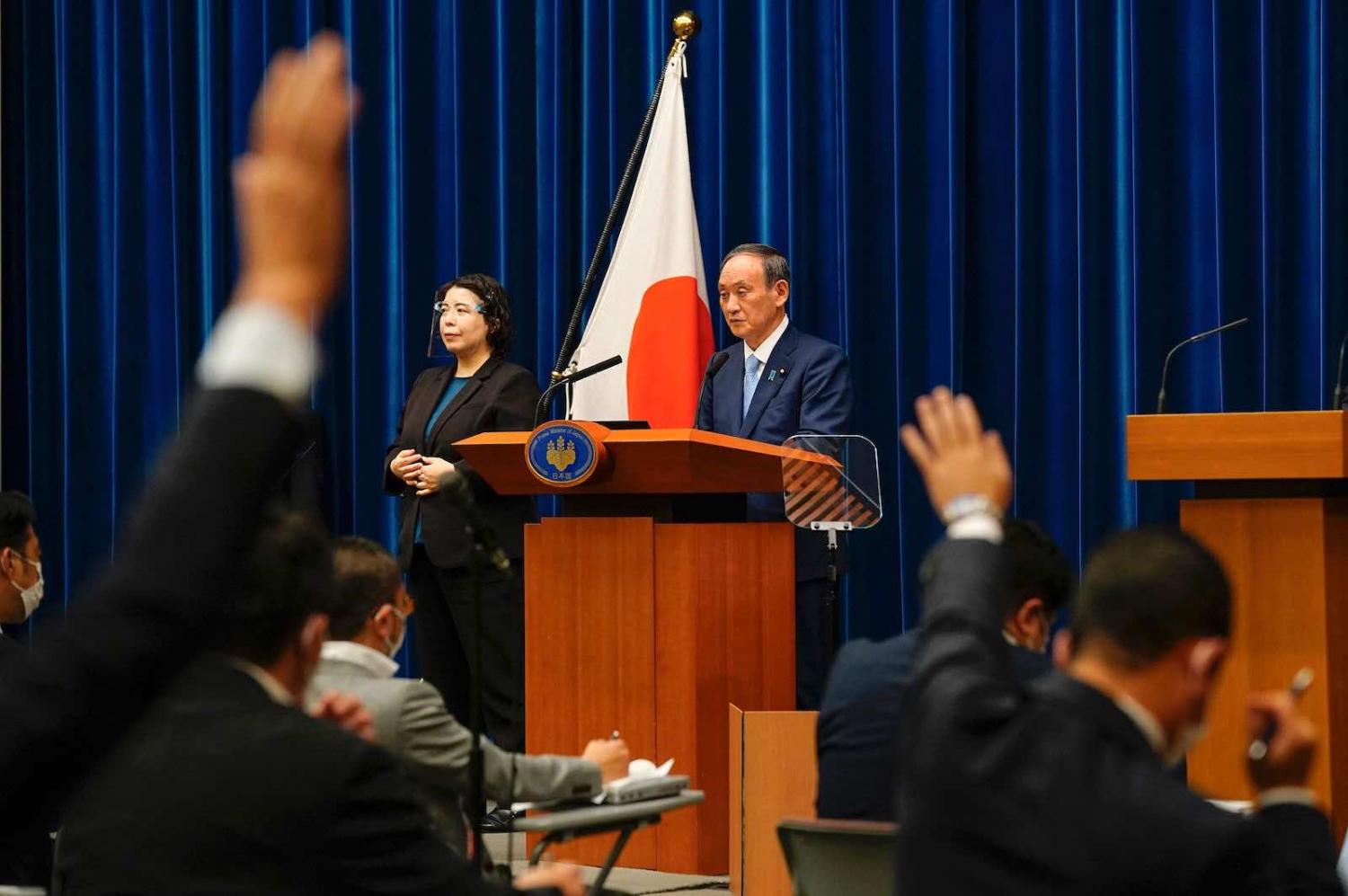 The flame has just been extinguished for the Tokyo Olympics, a postponed games held under trying circumstances. Japan’s Prime Minister Yoshihide Suga and his team managed the task well given the pandemic odds stacked against them.

Suga now faces two additional high hurdles. First, his caretaker term of one year as President of the Liberal Democratic Party (LDP) comes to an end in September and he must win a leadership contest to continue as prime minister. Second, Japan must hold a general election at the latest by November because the four-year term of the lower house of Japan’s parliament ends in October. And the LDP leader must be seen capable of delivering a good electoral outcome.

On both counts Suga could stumble.

Recent opinion polls clearly indicate Suga’s sliding popularity. The NHK survey shows his cabinet’s popularity rate declining to a precarious level of 29 per cent. The same poll suggests that more than 60 per cent of those surveyed are unhappy with Suga’s handling of Japan’s Covid-19 outbreaks. A further 69 per cent believe that declarations of a state of emergency to be ineffective in controlling the spread of virus. Moreover, 57 per cent are convinced the Olympics were not carried out safely and securely, as Suga claimed.

It is highly unlikely that Suga will be elected unopposed, as he was last year. The Japanese media is abuzz with names of potential candidates.

Furthermore, in several recent parliamentary by-elections and local elections, the LDP’s performance has been unsatisfactory. All three vacant parliamentary seats in Hiroshima, Nagano and Hokkaido prefectures earlier this year went to the main opposition, the Constitutional Democratic Party. Losing Hiroshima was a particular setback for the ruling party and for Suga’s political future, as it had long been an LDP bastion.

Similarly, the Tokyo Metropolitan Assembly elections in July returned an unfavourable result for the LDP – the fallout from a continuing power struggle between the LDP-led national government and Tokyo’s governor Yuriko Koike, a former LDP heavyweight turned independent leader who aspires to be Japan’s prime minister. In the neighbouring Chiba prefecture, a non-LDP candidate was elected governor recently, breaking LDP’s long stronghold in the prefecture.

Another crucial local election is scheduled in late August in Tokyo’s neighbouring Yokohama city, with 3.8 million people in Kanagawa prefecture, Suga’s electoral district. The high-profile Hachiro Okonogi quit his cabinet post to be the official LDP candidate for the city’s mayor position against a three-term incumbent Fumiko Hayashi. Hayashi was until now supported by the LDP but the party did not endorse her for a fourth term. The LDP presidential election follows this crucial local election, and the result may have an impact on the party leadership contest.

Although local elections and parliamentary by-elections might not always be true indicators of the national political mood, they do have political implications for national leaders. The cumulative effect of these elections could easily be used against Suga as a sign of unpopularity and weak political influence.

When Shinzo Abe resigned last year, Suga was selected as leader of the LDP and hence Japan’s prime minister for the remainder of Abe’s presidential term until September 2021. So Suga needs to obtain endorsement through the internal election process that includes a vote by party’s rank-and-file members as well as LDP parliamentarians.

It is highly unlikely that Suga will be elected unopposed, as he was last year. The Japanese media is abuzz with names of potential candidates. Among them are minister for regulatory reform and former defence and foreign minister Taro Kono, former defence minister Shigeru Ishiba, current environment minister Shinjiro Koizumi, and some even add Tokyo Governor Koike.

But there is now another female name in the mix, Sanae Takaichi, highlighted in recent issues of influential magazines such as the Bungei Shunju. A former minister of Internal Affairs and Communications under the Abe administration, she belongs to a right-wing organisation and is reportedly supported by Abe. She and many other serving ministers, including Koizumi, visited the controversial war-related Yasukuni Shrine last week. Apart from sending a tough message to Japan’s neighbours that object to such ministerial visits to the shrine, this may be a calculated political exercise coming just before a general election.

Polls suggest that under Suga the LDP will likely lose seats and its supermajority in the coming lower house election – although not its majority. Given that the opposition is fragmented and the Constitutional Democratic Party – the largest opposition party in parliament – is likely to increase its seats only slightly from its current 109 to about 125 in a house of 465 members, that puts the LDP in front although with a significantly reduced strength – from the current 276 to about 230. But with its junior coalition partner, Komeito, the ruling coalition will have a comfortable majority, according to a survey published in Shukan Bunshun.

No matter whether Suga returns to power later this year or is replaced by another LDP leader, Japan’s broad foreign policy objectives and its active role in the Indo-Pacific region and the world more generally will continue apace. The last thing Japan or the world would like to see though is a revolving door for prime ministers in Tokyo, as witnessed before Abe’s return to power in 2012.

France has offered a measured and balanced explanation of consequences for the decision next month, whether yes or no.
Daniel Flitton 2 Feb 2018 16:00