Duterte is playing both sides

Whether in relations with the United States or China, the Philippines remains a plaything in power politics. 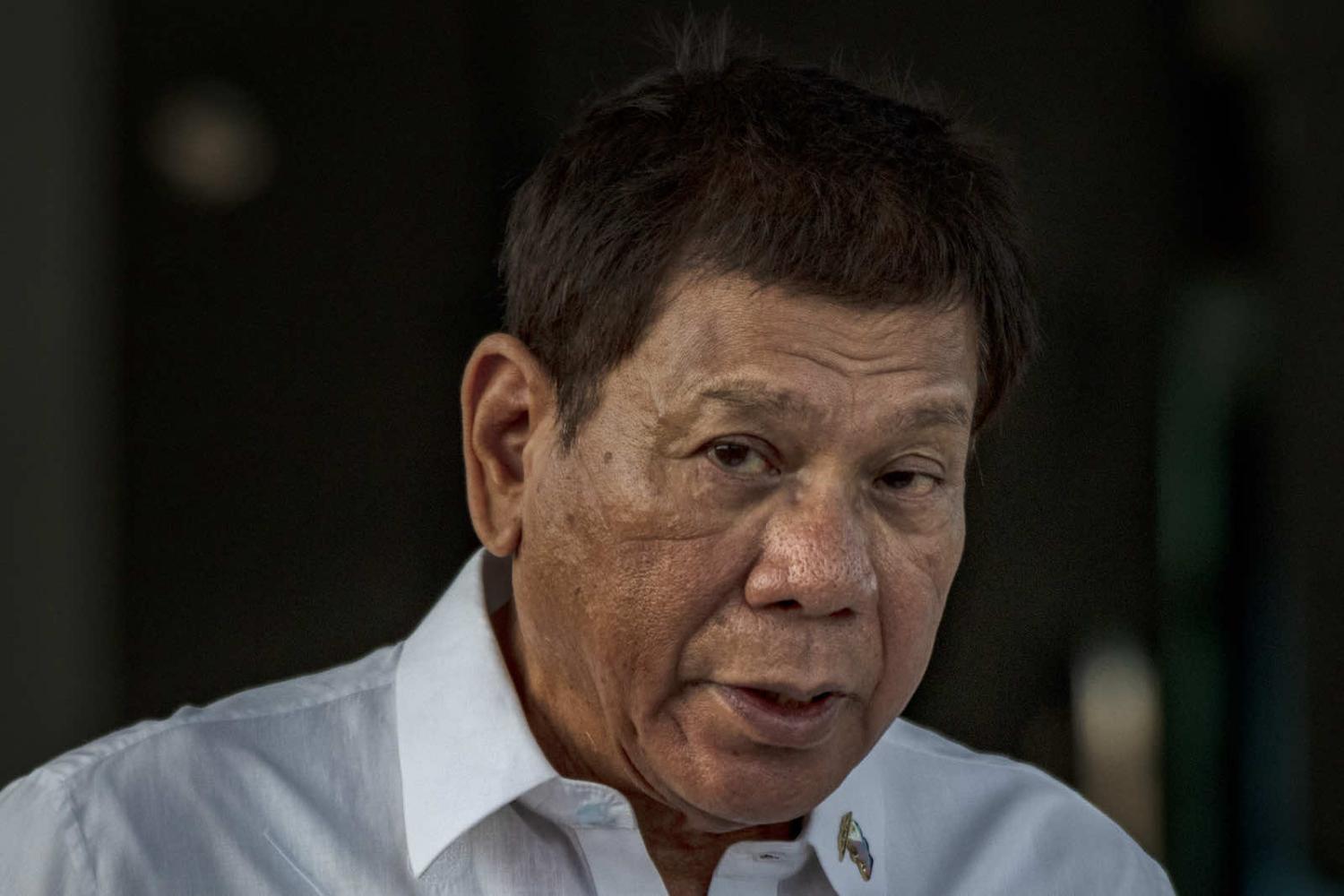 The Philippines national election looms in May 2022. Sitting President Rodrigo Duterte is running to become a senator, while his daughter is campaigning to be vice-president to Ferdinand “Bongbong” Marcos Jr, the offspring of another strongman. Current senator and Duterte’s closest ally Christopher “Bong” Go is also running for President. Even General Antonio Parlade, the staunchest defender of Duterte’s militarism, is having a go.

With so many tickets in the race, it stands to reason that Duterte and his allies are making a bet to keep something intact.

Part of current Duterte’s early appeal was a public posture of being willing to break with colonial traditions with the United States. He announced the pursuit of an independent foreign policy and cussed at US President Barack Obama, calling him a “son of a bitch.” He then threatened to repeal the Visiting Forces Agreement, a longstanding military treaty between the two countries.

That may have earned Duterte plaudits for breaking with tradition, enough to keep him afloat as he openly cultivated a closer relationship with China. And Duterte’s continued inroads with Beijing have resulted in expanded commercial intervention. The often publicised flagship economic program dubbed the “Build Build Build” is largely bankrolled by investments from China. Chinese corporations headline a mammoth total of $14 billion worth of investments, nearly half of the $28.5 billion undertaking.

Yet for all the ribald rhetoric, Duterte never really broke away from the Americans. He didn’t replace one superpower for another, he managed to pander to both of them. Presumably, three of the current presidential candidates are looking to emulate this feat.

Was Duterte successful in shaping the country’s foreign relations in the interests of two global and competing superpowers? Yes he was. Such an achievement shouldn’t be commended.

Duterte may have made it seem as if he was leading a nation trying to break away from American influences. The truth, however, is that his regime received aid from the Donald Trump administration for the bloody drug war. The US Congress granted around $9 million for the narcotics campaign in 2017, then an additional $5.3 million the following year according to rights groups who perused American public documents.

The United States isn’t displaying many signs of worry that its former colony and long-time Southeast Asian stalwart is having second thoughts about the relationship.

The Visiting Forces Agreement was also eventually cemented. Duterte also maintained the 1951 US-Philippines Mutual Defense Treaty and the 2014 Enhanced Defense Cooperation Agreement, both of which helped solidify America’s military dominance in the region. In April, the United States and the Philippines resumed the Balikatan (shoulder-to-shoulder) joint military exercises, often seen as an expression of Philippine adherence to the American geopolitical agenda. Official Development Assistance from the United States to the Philippines since Duterte came into power has remain fairly steady.

Not much changed between US-Philippines relations after Joe Biden assumed office. Biden and Duterte have acted in a friendly fashion towards each other, with the latter thanking his counterpart for their vaccine donations. Duterte went so far as to admit that the vaccine gesture helped solidify his intentions to keep the VFA intact. Meanwhile, while there have been congressional members of the Democratic party eager to see condemnation of human rights violations perpetrated in the Philippines, Biden has yet to budge.

The United States isn’t displaying many signs of worry that its former colony and long-time Southeast Asian stalwart is having second thoughts about the relationship. But America isn’t blind to developments with Duterte and China, either.

Apart from the Build Build Build, China is also currently the Philippines’ top trading partner. Duterte has “gagged” criticism of the stationing of Chinese vessels in the contested maritime territories along the West Philippine Sea. Michael Yang, a Chinese business executive who served as an adviser to Duterte, has also embroiled the regime in a corruption scandal involving overpricing in the procurement of medical equipment such as facemasks and personal protective equipment. During the initial rollout of Covid-19 vaccines, Duterte’s top officials were given priority and procurement also lacked transparency. Add to this Duterte’s effusive praise for China’s leader Xi Jinping, having called the Asian superpower a “good friend” of the country.

For some time now, China has been accused of meddling in the upcoming election. Facebook accounts supporting the Duterte family’s electoral agenda have been found to be based in China. Likewise, online spreaders of misinformation favouring the regime have also been revealed to have originated in China. Some senators have already sounded the alarm about possible cyber espionage coming from abroad.

Presidential aspirant and close Duterte ally Ferdinand “Bongbong” Marcos, Jr. was the first candidate seen visiting the Chinese embassy in what appeared to be an approval-seeking courtesy call. In some way or another, candidates will commonly be seen making these types of visits to the consulates of superpowers. For America and China, there is something at stake.

Duterte has sought to create the impression in office that he was master of the archipelago. But the old powers, relations and structures are still in place. And that will continue whoever is the winner in the election.

If Duterte likes his human rights record, he can let others look

An international investigation is the best way to address concern about the “war on drugs” in the Philippines.
Alvin Camba 11 Jul 2018 06:00

Separating the PRC and Hong Kong when calculating Chinese investment in the Philippines has major consequences.
Milton Osborne 9 Dec 2016 12:25

Laos' 'success' on the Mekong could prove deeply costly for the people of Cambodia and Vietnam.