The security situation is more complex and dangerous than it has been since the 1950s, without a resolution in sight. 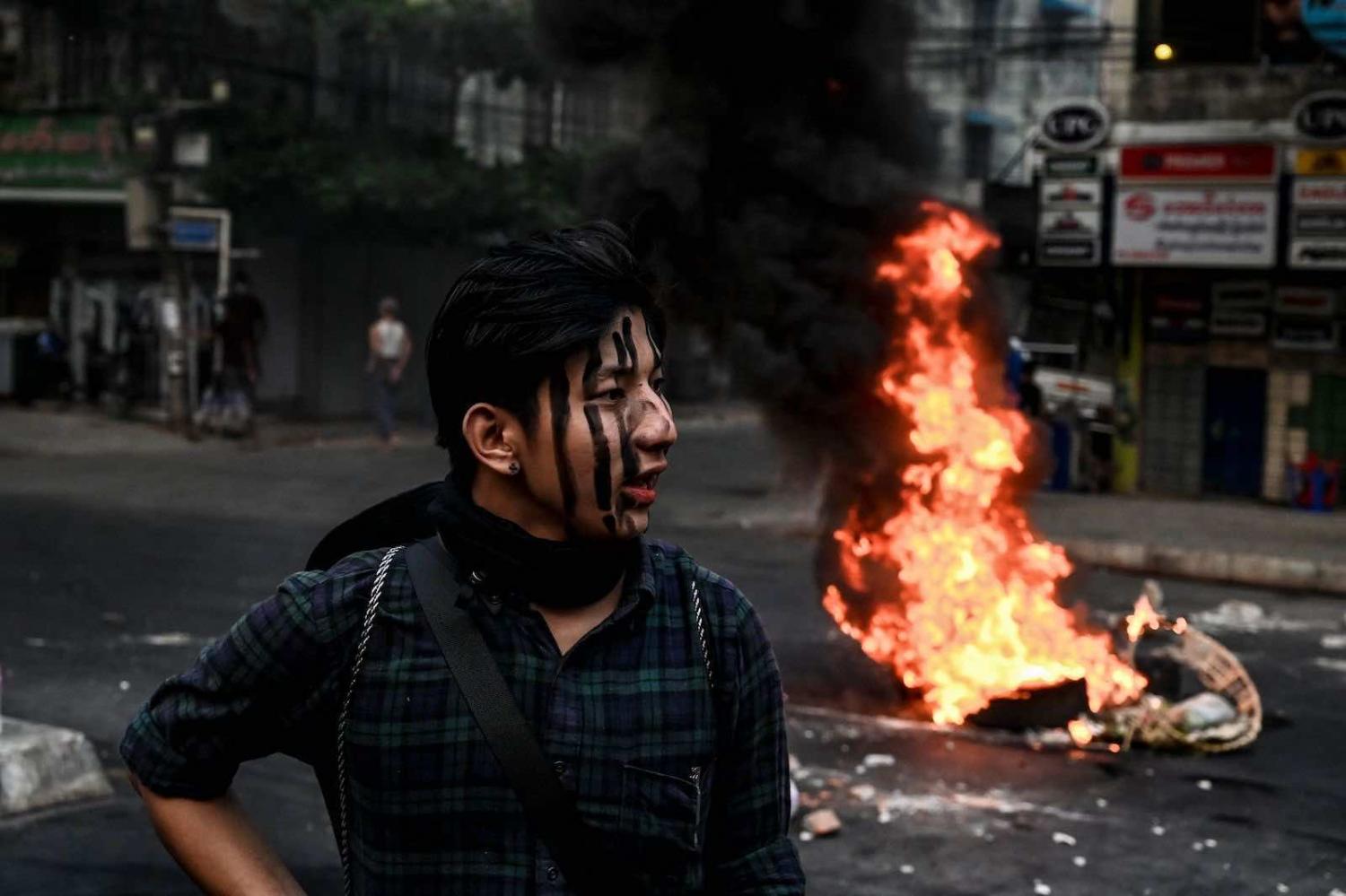 It has been just over a year since Myanmar emphatically re-elected Aung San Suu Kyi’s National League for Democracy as the dominant partner in the country’s quasi-civilian government. Next February, it will be a year since the armed forces, or Tatmadaw, ignored that result and seized power.

Over the past ten months, the scope and intensity of political violence in Myanmar has grown dramatically. The bitter civil wars that have long blighted the border areas now encompass the entire country, as groups from the majority Bamar population in the central regions have joined ethnic minority armed organisations in their struggles against military domination.

At first, the nation-wide civil disobedience movement (CDM) against the coup was characterised by boycotts, resignations, demonstrations, street barricades and symbolic gestures such as the coordinated beating of pots and pans at night. The new regime responded with conventional crowd control measures, usually conducted by the national police force.

However, within weeks the police were largely replaced by the armed forces and the level of violence rapidly escalated. The soldiers resorted to lethal force, prompting the resistance movement to manufacture defensive shields, body armour and weapons of their own. Armed with sling-shots, petrol bombs, bows and arrows and improvised airguns, however, they had little chance against the well-armed troops sent against them. The number of civilian casualties quickly mounted.

A number of ethnic minority armed organisations based around the country’s periphery expressed solidarity with the protesters. They began to offer rudimentary military training and (in a few cases) weapons and explosives to some of those who had fled the cities. These ethnic minority armed organisations also took advantage of the regime’s preoccupation with the civil unrest in central Myanmar to expand their territories and commercial interests.

At the same time, small, largely untrained and ill-equipped groups began to organise and offer greater resistance to the regime. In rural districts they tended to focus on guerrilla-style attacks against elements of the security forces that threatened their homes. Those based in the towns and cities resorted to terrorist-style attacks against civil servants, business figures and others suspected of pro-regime sympathies.

The Tatmadaw became increasingly stretched. It was conducting major conventional military operations against ethnic minority armed organisations and local militias in the countryside, and battling numerous loosely organised resistance cells in the urban centres. It also faced continuing challenges from the civil disobedience movement and the collapse of the country’s economy, amid an expanding Covid-19 pandemic and growing external pressure. 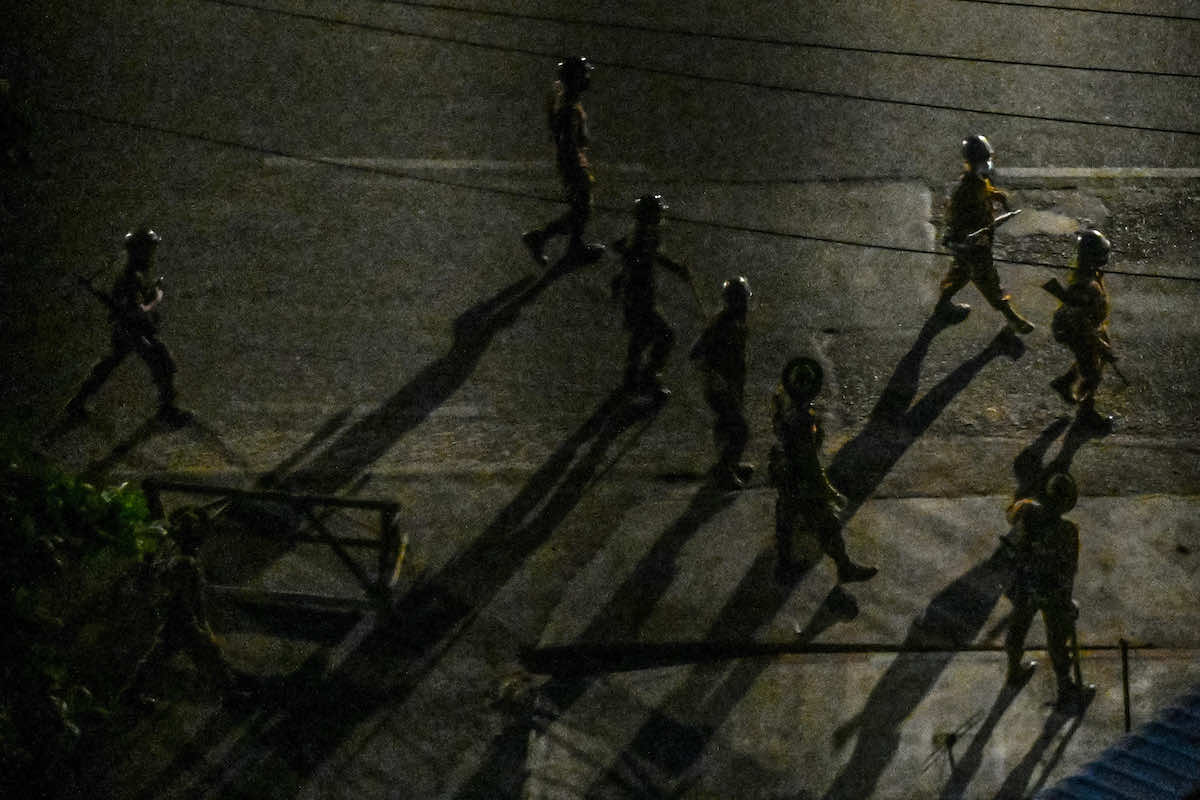 To supplement its resources, the regime recruited army veterans and unemployed thugs, organising them into vigilante groups such as the Pyu Saw Htee. Assisted by the police and intelligence agencies, these groups were used to attack people suspected of supporting the CDM and the self-styled “People’s Defence Forces”.  Along the country’s western border, the regime may have also been assisted by Indian rebel groups.

Despite some military defeats and well-publicised defections, the Tatmadaw remains an effective fighting force. The shadow National Unity Government (NUG) has declared its wish to create a new “federal army”, but this remains a dream. Indeed, the NUG has little control over most of the armed groups acting in its name. However, a major, if largely symbolic, milestone was reached on 7 September when the NUG formally declared war against the junta.

Meanwhile, the casualties continue to mount. To date, the security forces are believed to have killed more than 1300 people and detained over 10,700. It has been estimated that several thousand members of the security forces have died in the fighting since the coup, but such claims cannot be verified and are probably inflated. Also, over 600 unarmed civilians have been killed by local resistance groups in what they call “targeted killings”.

The security situation in Myanmar is now more complex and dangerous than it has been since the multiple crises of the 1950s, and there is no resolution in sight. As long as the bulk of the Tatmadaw remains loyal and cohesive, there is little chance that the various opposition forces, either alone or in a coalition, will be able to defeat the military regime by force of arms. At the same time, the security forces seem unable to stamp out the armed resistance, in all its forms. The result is a stalemate, albeit one with different characteristics in different parts of the country.

This leaves Myanmar in a precarious position. While the fighting continues, and the civil disobedience movement remains a potent force, no government can function effectively, or provide its citizens with the essential services they so desperately need. Myanmar will continue to slide further towards anarchy, poverty, disease and, possibly, state failure. A few analysts have even predicted its breakup into several autonomous states.

Faced with this potential disaster, the international community seems powerless to act beyond well-intentioned rhetoric and largely symbolic measures. No country or international organisation wants to intervene directly in such a volatile environment, and the delivery of humanitarian aid remains highly problematical. No government has formally recognised the NUG or supported its declaration of war. Indeed, they have all called for a cessation of violence and a negotiated outcome.

The international community’s failure, or inability, to influence critical developments in Myanmar can only embolden the junta and encourage further intransigence on its part. Also, the lack of concrete action to help the anti-regime forces, both inside and outside Myanmar, is making them increasingly frustrated and resentful. Both sides are adopting more extreme positions, heralding higher levels of violence, greater casualties, and making a peaceful settlement of any kind an even more remote prospect.

Comparisons may help draw attention to the crisis, but they ignore essential differences.
Andrew Selth 20 Oct 2021 16:00