Patchwork restrictions haven’t contained the virus. And now the danger is spilling over the border to neighbours. 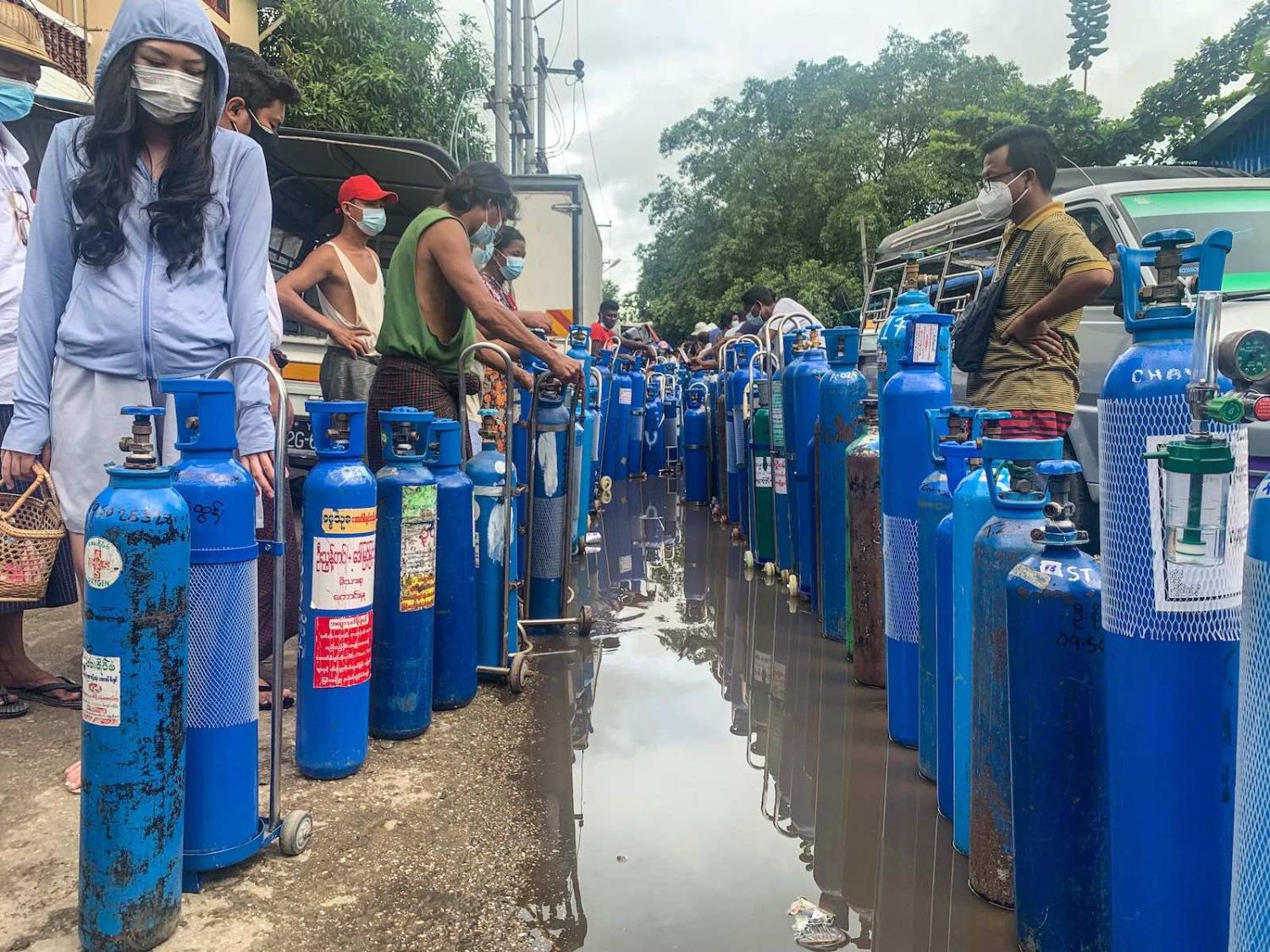 A worsening third wave of Covid-19 is a cruel new blow in Myanmar, still reeling from the human costs of the coup on 1 February, and with a military junta more focused on combatting dissent than combatting the virus.

Thousands of new cases have arisen since late May, and the Delta, Alpha and Kappa variants have been detected. From 1 to 11 July, the junta-run health ministry reported almost 35,000 cases nationally and over 500 deaths. But low testing rates, and the regime’s haphazard pandemic response more broadly, mean these figures only provide a partial picture.

Cases have been reported among people detained in Yangon’s overcrowded Insein Prison; among border guard police in western Rakhine State; and in the town of Myawaddy on the border with Thailand. In Mandalay, Myanmar’s second-largest city, the six hospitals accepting Covid patients are reportedly at capacity.

In Kalay, a town in northwest Myanmar where locals have fiercely resisted army rule, aid workers and residents have estimated hundreds of Covid-related deaths and pictures on social media show people queuing to replenish scarce oxygen supplies. One local resident told Radio Free Asia that a local crematorium was overwhelmed and people were having to fend for themselves.

People in Kalay queue to fill their oxygen cylinders on July 7. Yesterday, 42 people were died believed to be infecting #COVID19.

The outbreak has also breached Myanmar’s borders, with parts of Ruili, a city in China’s Yunnan Province bordering Myanmar, sent into lockdown after a string of cases were detected, including among several Myanmar nationals.

The Myanmar junta has progressively announced a patchwork of restrictions, including stay-at-home orders for a number of townships in the commercial center of Yangon, the capital Naypyidaw, and across at least six other states and regions. On 8 July, schools were ordered to close across the country for two weeks to stem infections.

But given the extent to which the military has terrorised the population to cement its rule in the months since 1 February, trust in the regime’s pandemic response is understandably low.

With the overlapping crises of the coup and Covid-19, United Nations agencies estimate that over 6 million people in Myanmar are in urgent need of food aid.

After the coup, testing, surveillance and vaccination all fell away, according to UNICEF’s Myanmar office. As Covid spread silently, state media spent more time denouncing dissenters and extolling the regime’s imaginary achievements than on urgent public health messaging.

Under Myanmar’s civilian government, Dr Htar Htar Lin was in charge of the country’s vaccine rollout, which had begun only days before the military seized power. In mid-June, she was arrested in downtown Yangon (along with her husband and seven-year-old son) for her involvement in the nationwide civil disobedience movement.

The detention of a high-profile health professional, while the country grapples with its worst surge in Covid-19 cases since the pandemic began, gives a sense of the junta’s priorities.

With the overlapping crises of the coup and Covid-19, United Nations agencies estimate that over 6 million people in Myanmar are in urgent need of food aid. The military crackdown itself has left almost 900 people dead, more than 5,000 detained, and some 200,000 people internally displaced. Parts of the country, in both urban and rural towns, have seen armed resistance; decades-old conflicts continue in ethnic nationality areas; and a collapsing economy is pushing more people into poverty.

Any country would struggle to contain the current Covid outbreak, but in post-coup Myanmar the challenges appear particularly acute. High among them is the junta’s relentless pursuit of its critics at all costs, including the continued targeting of medical workers – further damaging an already struggling health system.

Healthcare workers have been at the forefront of workers’ strikes in protest at army rule, placing them in a difficult bind as rising numbers of people seek medical treatment for Covid-19. Some medics have resorted to providing care in secret.

The junta’s response has been brutal. At least 240 attacks on healthcare facilities, personnel, ambulances and patients have been recorded since the coup. Twelve healthcare workers have been killed, hospitals taken over, and more than 150 medical personnel arrested, according to Insecurity Insight, an organisation specialising in risk assessments. As Physicians for Human Rights noted, “the human rights emergency of the coup is morphing into a public health disaster.”

Like all countries that don’t produce vaccines, Myanmar will need to scramble to secure doses in the months ahead. But the junta’s plans are typically opaque.

Myanmar had secured an initial batch of vaccine from India prior to the coup, some of which were then reportedly appropriated by the military. But supplies from India dried up as that country focused on its own severe outbreak. China has since donated 500,000 doses and the junta recently revealed it is negotiating with Russia to purchase a supply of the Sputnik vaccine.

The country’s vaccine rollout is also complicated by the fact some people are rejecting vaccination in protest at the regime. Aung San Suu Kyi, the country’s ousted de facto leader, detained since February and only sighted in a few brief court appearances, has reportedly had her two doses.

As Myanmar’s Covid crisis deepens, its neighbours may not be in a position to offer much assistance, with countries across Southeast Asia, from Thailand to Vietnam, Cambodia and Indonesia, all experiencing their own worst outbreaks to date. As has invariably been the case under decades of military rule, Myanmar citizens are being left to draw on their own strength and resources. 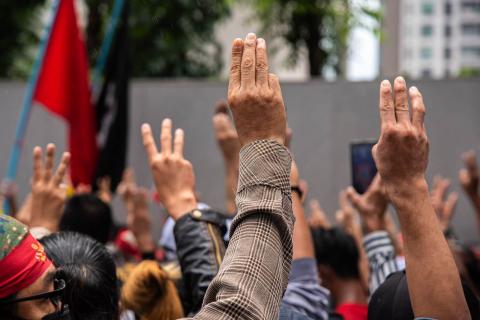 Best of The Interpreter 2017: The Rohingya Crisis

Health, climate, migration and foreign investment ­must each contend with the virus. But it’s not all doom and gloom.
Roshni Kapur 31 Jan 2022 10:00