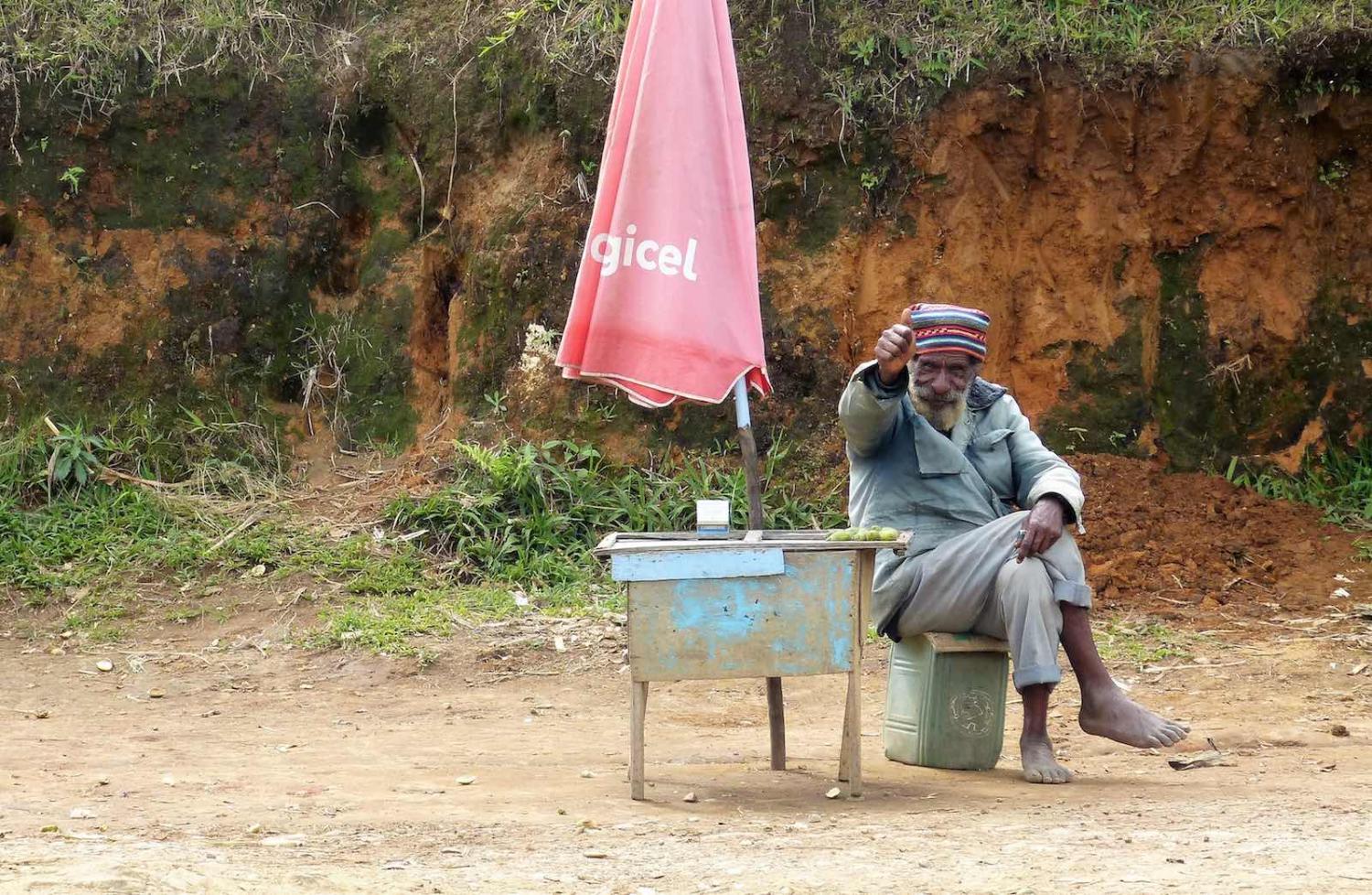 Papua New Guinea has grappled with economic instability for years, exacerbated by generally declining global commodity prices, increasing national debt and allegations of fiscal mismanagement. None of this is helped by high rates of population growth and unemployment. Now the coronavirus pandemic will deliver a further blow to the nation’s extractive economy as the world enters a recession and demand for resources drops.

Health-wise, the Pacific Island state is one of the more fortunate countries, so far, with only a handful of confirmed Covid-19 cases and no fatalities.

But the resource dependence which PNG has promoted since independence won’t be a strength. The returns of the sector, already associated with poor job creation and failure to drive inclusive development, will further diminish. Before the virus outbreak, resources contributed 29% to the country’s GDP, and more than and 10% of government revenues. But in recent years volatile world markets and too much spending in advance of revenue delivery, leading to mounting debt, have significantly wiped out the anticipated benefits for development. A sovereign wealth fund intended to secure long-term revenue savings is not yet operational.

The government was planning record expenditure this year. Yet the Covid-19 outbreak has now left a glaring 2 billion kina (A$890 million) budget shortfall and national debt could surpass 40% of GDP by the end of the year. Meanwhile the country’s growth is forecast to decline to -0.2% this year.

This, as well as the state of emergency provisions, will affect the nation’s 8.6 million people, of whom about 40% already live below the poverty line.

Local PNG economist, Busa Jeremiah Wenogo, has long advocated the development of small and medium enterprises and the informal economy in PNG to boost sustainable livelihoods. But he has warned that social distancing and banning of gatherings places “almost 80 percent of our nation’s workforce in the informal economy in a dire situation”.

Likewise, in a recent interview Paul Barker from PNG’s Institute of National Affairs identified the vulnerability of those with greater dependence upon cash crops for their livelihoods. “[People] living in areas of higher population density, including on oil palm settlement schemes [have] little, if any, land set aside for food production,” Barker told me.

In rural communities, where more than 80% of people reside, subsistence agriculture on customary-owned land remains the bedrock of household self-sufficiency and this will go a long way to maintaining rural food security. The country’s customary or traditional governance also plays an important role in local-level resilience. In times of great need, many families and communities instinctively turn to their head of clan or village chief for direction and support, rather than politicians. It’s likely such coping strategies will come to the fore during the weeks and months ahead.

However, in more crowded urban centres, where people don’t have the same access to land or social support structures, loss of incomes and poor food security could lead to a rise in crime.

Nothing incenses Papua New Guineans more than the suspicion or knowledge that their lives are stricken by hardship because of high-level corruption.

Large-scale violence or conflict is a different scenario. In PNG’s post-Independence history, apart from tribal warfare, this has been mostly connected with local grievances about the nature of foreign involvement in the economy. The most obvious and deadly example was the Bougainville civil war (1989-1998), triggered by anger over environmental damage and inequity associated with the then foreign-owned Panguna copper mine. More recently, landowner grievances about the Exxon Mobil co-venture, PNG LNG, and the Barrick Gold majority-owned Porgera gold mine in the highlands have resulted in violent skirmishes.

Having witnessed decades of under-development alongside massive resource projects, there is nothing that incenses Papua New Guineans more than the suspicion or knowledge that their lives are stricken by hardship because of high-level corruption. A special grevience is the idea of foreign companies taking the land’s wealth and at the same time leaving them poorer. For most citizens, there is a difference between suffering and hardship which has a comprehensible cause and that which is the result of social injustice.

Despite Covid-19 placing an enormous strain on our Pacific neighbour, Barker’s assessment appears sound, that “there should be no reason for chaos or PNG turning into a failed state, although many of its institutions can long be deemed as failing, or severely deficient.”

And though it is too early to judge, further political strength may come from Prime Minister James Marape, who came to power last year. Maraphe has adopted a more assertive stance with foreign investors in resource projects, claiming to better represent his nation’s interests. The emergence of Covid-19 coincided with Marape’s attempt to end Barrick Gold’s involvement in the Porgera mine and amend the terms of the proposed P’nyang gas extension project agreement with Exxon Mobil. Despite the courts ordering the government back to negotiations with Barrick Gold, Marape’s approach is what locals have demanded for a long time. The security and “trust” environment for foreign investors won’t improve unless Papua New Guineans see better returns.

PNG is still ranked a nation of “low human development”: life expectancy is 64 years, barely a quarter of the population have access to reliably mains electricity, and just over half of people in urban areas have improved sanitation (in rural areas, this the rate is less than 15%).

So the pandemic, if anything, highlights the urgency of maintaining a focus on diversifying the nation’s economy to better ride global events and uncertain world markets. Diversification became a core part of the government’s budget policy two years ago. Before the coronavirus outbreak, public expenditure was tuned to stimulating agriculture and the private sector, alongside investment in infrastructure and services, such as roads, power, and digital connectivity.

The government is making cautious moves to lift some of the internal lockdown restrictions. This will lead to improved conditions for the local economy. But it will be important, in carrying the country through this crisis and preserving stability, to not lose sight at the national level of the long-term needs, such as rigorous fiscal management, and more diversified and resilient employment for millions of Papua New Guineans.

Trump’s America has a weakening hold on the global imagination. That doesn’t mean an end to the hyper-connected world.
Jennifer Hsu 13 Jul 2021 06:00

A unique protest has still failed to cement support for Indonesian farmers.